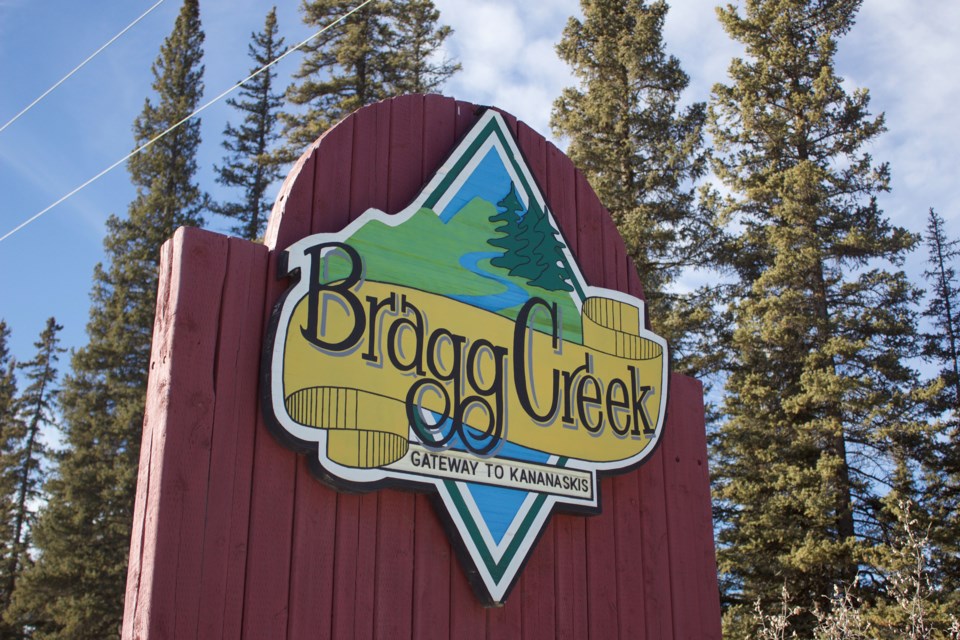 As Rocky View County’s (RVC) Bragg Creek Hamlet Expansion Strategy rolls along, staff will seek feedback at an introductory open house May 9, from 5 to 7 p.m. at the Bragg Creek Snowbirds Chalet.

“What we need to do now is have a look and talk to the community about the best type of housing and uses they want to see in that area,” said Amy Zaluski, RVC’s supervisor of policy planning.

The open house, Zaluski said, will provide residents with an opportunity to share what type of development they feel is most appropriate for the expansion area with County staff.

According to Zaluski, the expansion lands – located south of the existing hamlet – have been identified in the Bragg Creek Area Structure Plan (ASP) as a logical area of growth for the community since the plan was adopted in 2007. That choice was reexamined when the County completed the Bragg Creek Revitalization Plan in 2015, she added, following the flooding in 2013.

“It’s seen as a good area for a couple of reasons,” Zaluski said. “It’s up the hill, so it’s out of the flood area. It’s near the school, so it’s a good area to start looking at a little bit different type of housing, maybe some live-work options for residents or folks that are looking to move to that area.”

Public input is important on this and similar projects, according to Zaluski, as it helps RVC understand how people view their community and how they want to see it develop.

“We’re interested in the good things, the bad things, all the ideas that people have,” she said. “Obviously, the advantage and the benefit of doing this is you can generate buy-in. We don’t want to just put plans in place and force them on people. We need people to have buy-in, because that’s what their community is going to look like.”

Zaluski said there will be several additional opportunities for feedback after the open house. RVC will offer coffee chats near the end of May or early June, where residents can meet with the project team one-on-one or in small groups, and Zaluski said future feedback sessions will take place once the project is further along.

The development of the expansion strategy kicked off Jan. 8, after RVC council unanimously approved a Terms of Reference to guide the project. Since then, Zaluski said, the early stages of the project included setting up online materials and determining how public engagement would be conducted. Once initial feedback is gathered, she said, staff will draft preliminary policies and conduct technical studies, checking in with the community along the way. Once the plan is solidified, it will be presented to council at a public hearing for final approval, which Zaluski anticipated would happen by January 2020.