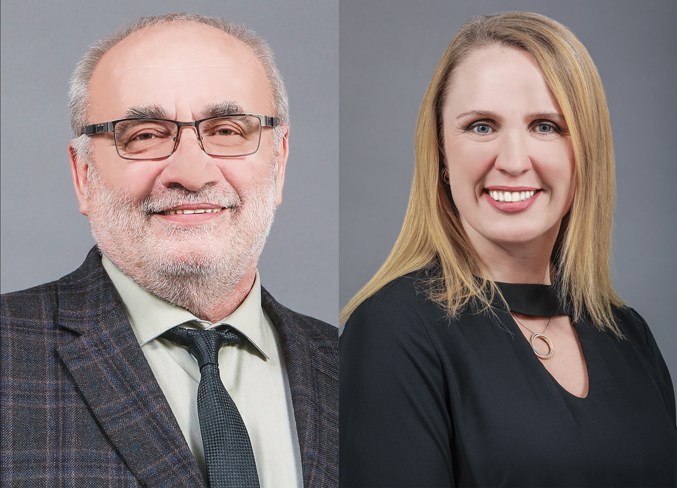 Questions continue to swirl around possible bias following a public hearing at a regular meeting of Rocky View County (RVC) council Jan. 8. Area Coun. Samanntha Wright and Deputy Reeve Al Schule were asked by members of the public to recuse themselves from the hearing, which addressed the Bearspaw Heights development.

The applicant said Wright, who resides on a neighbouring property, had a conflict of interest, while a letter of opposition requested Schule recuse himself, “as he has been involved in putting this application together.” Still, both chose to participate in the discussion and the vote.

Concerns have been raised in RVC regarding current and former councillors’ potential conflicts of interest for years. The issue is not one to be taken lightly, according to former councillor Liz Breakey, who represented Division 1 from 2012 to 2017. Breakey spoke generally on matters of bias and conflicts of interest, and did not have specific knowledge of the current concerns regarding Schule and Wright.

“Above all, the oath that councillors take is to represent all residents of the County and any shown bias should be an automatic disqualification,” she said, adding it is of the utmost importance elected officials remain impartial when making decisions. While the terms “conflict of interest” and “bias” do not appear in the Municipal Government Act (MGA), documents from a past RVC council workshop define bias as, “the action of supporting or opposing a particular person or thing in an unfair way, because of allowing or being perceived to allow, personal opinions to influence a decision.”

According to Breakey, the training she received while on council pertaining to matters such as bias, pecuniary interest and conflict of interest was extensive. And the consequence of bias, she added, can be serious – disqualification from a public hearing or potential legal challenges.

“At any time, an applicant or a group of residents can go after a councillor for not doing their duty,” she said, “which is to put together all the information, all sides, and make your decision on what you hear – not on what you think or want to hear.”

Since Wright chose not to recuse herself Jan. 8, Division 8 resident Lucas Foremost has questioned the decision, saying she needs a “refresher on pecuniary interest” in a letter to the Rocky View Weekly.

“It has nothing to do with a gain or financial interest, it could even be a loss, or a perceived loss [or] gain in the value of your own property or a property you have interest in,” Foremost wrote.

Foremost was also concerned Wright’s husband, Damon Maerz, spoke in opposition to the application. This is not the first time Wright has faced allegations of bias. In April 2018, she was asked by the applicants to recuse herself from a public hearing on the Summit Aggregate Pit, due to her past involvement with Rocky View Forward and Rocky View Gravel Watch ­– two groups which regularly oppose aggregate development within RVC.

Previous advocacy on an issue is not necessarily grounds for recusal, according to Breakey. All councillors will have inbuilt biases and areas of passion, she said, but noted it is imperative once they attain elected office, those biases are checked at the door – ensuring council’s decisions cannot be perceived as anything other than fair. Regardless of whatever involvement a councillor may have had prior to the election, Breakey added, they must strive to hear all sides of an issue before making up their minds.

In both cases, Wright maintained that she was amenable to persuasion and would openly listen to all parties. Wright added she reached out to administration and Municipal Affairs prior to participating in the Bearspaw Heights public hearing, and said she did not have a pecuniary interest in the decision.

Based on training council undertook Feb. 5 on matters of bias and pecuniary interest, Wright said she did not believe she has acted out of bounds. And, while some might argue it is wiser to err on the side of caution, she said recusal could interfere with her duties as a councillor.

Schule said he had been prepared to recuse himself from the Bearspaw Heights public hearing – which he’d been involved with as part of Schule’s Consulting – but echoed Wright’s concern.

“This was a hard decision for me, because as a councillor, you’re obligated to vote on everything that comes forward,” he said. “My concern was, if I don’t vote, am I more in conflict for trying to step away from something I should be voting on?”

Had the applicant, RVC administration or his fellow councillors felt he had a conflict of interest, Schule said he would have recused himself. Since his involvement with the file had been severed prior to his election, he said he did not feel he had outside knowledge on the current version of the application. I

Schule’s Consulting has been previously involved in other applications still to come before council, and he said he will recuse himself from those public hearings, as well.