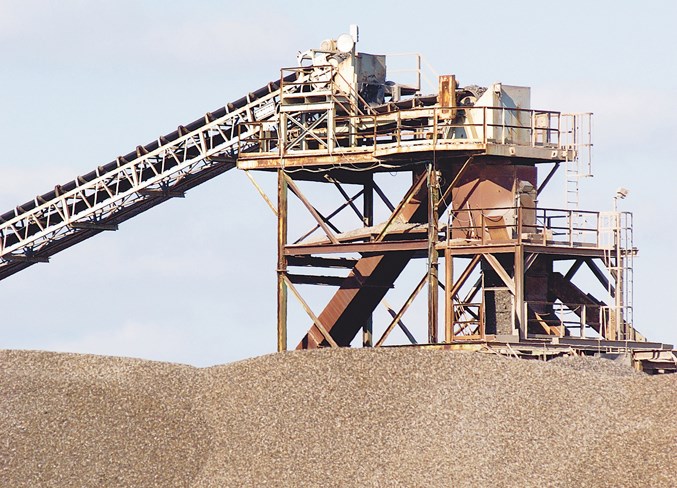 Rocky View County’s (RVC) long-gestated and controversial Aggregate Resource Plan (ARP) is dead after RVC council rescinded the ARP’s Terms of Reference at a regular meeting Sept. 25. “This has been, probably, one of the most divisive policies that I’ve ever dreamed would come here,” said Reeve Greg Boehlke. According to planner Dominic Kazmierczak, the ARP has been in the works for some time. The original Terms of Reference was adopted by the previous council in April 2015, and revisited by that council in June 2017. Since 2016, RVC has held three rounds of public engagement to obtain feedback from residents, industry and other stakeholders. A draft of the ARP was released Feb. 23, 2018, and presented for consideration April 24, at which time council directed administration to schedule a workshop to further discuss the matter. At a meeting July 24, Kazmierczak said, administration presented additional information to clarify the document’s intent and direction. “Administration continues to receive strong opposition to the draft ARP from residents,” he said. “The predominant concern…is regarding the 500-metre setback proposed within the draft ARP, but a number of other concerns have also been raised.” According to Kazmierczak, administration continues to hear that an appropriate balance between the needs of residents, industry and society has not been reached, with residents in opposition claiming the ARP does not protect their health, safety or amenity. Coun. Samanntha Wright moved administration edit the ARP, guided by a steering committee comprising five residents, five industry representatives, two RVC councillors and members of RVC’s Planning and Infrastructure and Operations departments. She proposed meetings be held at the municipal building, facilitated by staff, and be completed within three months. “From the meetings I’ve attended, I don’t believe it’s a rewrite,” Wright said. “I do believe a bulk of the ARP has some decent things in it. However, I also believe that it’s missing [key elements] and I think that that’s where the disconnect is currently, specifically from residents.” Coun. Al Schule expressed his opposition to Wright’s motion, saying enough time had already been spent on the ARP, and he wasn’t sure her proposal would yield better results than what had already been undertaken. “I think we’re spinning our tires, going in circles, and I don’t think we’re ever going to come to a solution,” he added. Wright’s motion failed to generate sufficient support and was defeated 5-3, with Reeve Boehlke, Deputy Reeve Jerry Gautreau, and Couns. Kim McKylor and Daniel Henn joining Schule in opposition. Coun. Mark Kamachi was absent from the meeting. “So much time [has] been spent on this whole project,” Schule said. “Another thing I’ve really got issues with is every area is different. I’m not sure how we’re going to get five residents to agree any different than what’s been processed so far." Gautreau then moved the already-adopted ARP Terms of Reference be rescinded, and administration be directed to craft a new aggregate resource extraction policy within three months. According to his motion, this policy, and accompanying procedures, will cover application submission requirements and performance standards. The motion was carried 5-3, with Couns. Kevin Hanson, Crystal Kissel and Wright opposed. “I won’t be supporting this,” Wright said. “There is a plan that’s written, and if council thinks that they can do something better, maybe we should look at the plan and continue onto some modified terms and put our own stamp on it.”