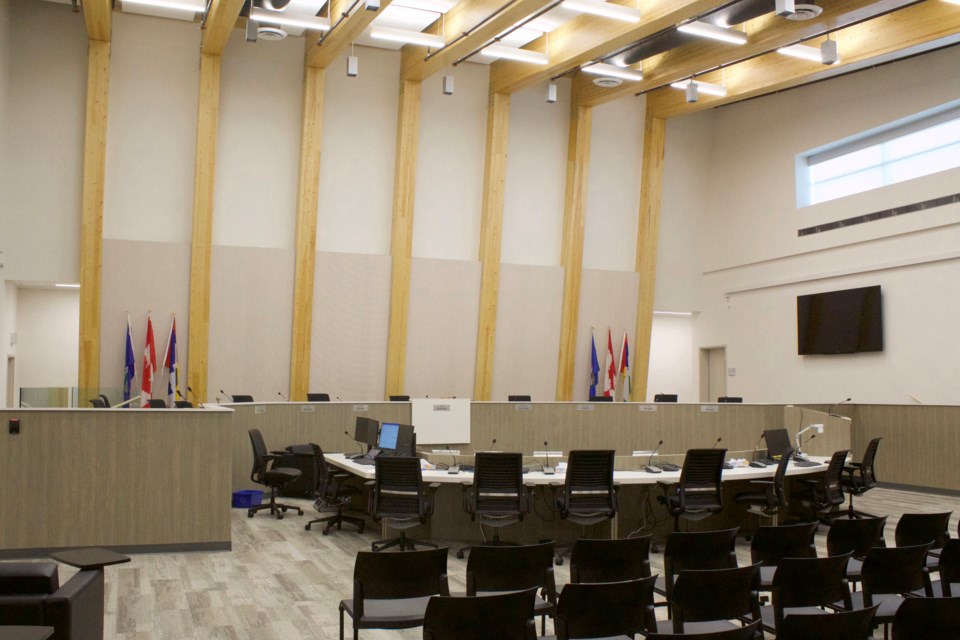 Council will wait to make a decision regarding the long-term development area of the Janet Area Structure Plan until after County staff gather additional information about the possibility of adding more land to the ASP. File Photo/Rocky View Publishing
Rocky View County (RVC) council held off on adopting a TOR to guide the preparation of amendments to the Janet Area Structure Plan (ASP), requesting additional information at a regular meeting April 30.

According to planner Oksana Newmen, the ASP contains an area of approximately 2,443 acres that was intended for long-term development to proceed once certain criteria were met. Specifically, Newman said, development was restricted until further study of stormwater management in the area and build-out of the west portion of the ASP were completed.

“At this time, administration has determined that moving forward with the Long Term Development area is appropriate,” she said.

Newman added the costs related to preparing the amendments would be covered by developers.

Area Coun. Jerry Gautreau requested administration explore the possibility of adding four adjacent quarter sections – which are experiencing growth pressures – to the ASP before council's approval of the TOR.

“I want to make it clear, it’s not that I’m saying we can add all these sections, I just want to explore it,” he said. “I’m asking for a month to see if our administration can explore the possibility and what the ramifications may be. I’m just looking for some more information, and maybe the answer is no.”

“We have an existing ASP that is there and approved and waiting for development,” he said. “We have developer interest in that, and they’re going to fund this. I think this complicates that quite a bit.”

The item will return before council at a regular meeting May 28.