A $60,000 “top-up” to councillor take-home pay was approved by Airdrie City council Dec. 3 as part of the 2019 budget. The increase was in response to the federal government’s removal of a tax exemption for elected officials.
Dec 6, 2018 12:01 AM By: Airdrie City View 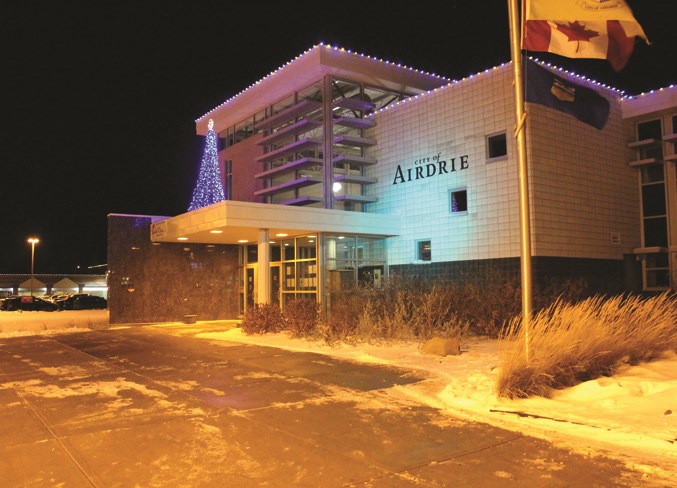 The 2019 budged approved Dec. 3 by Airdrie City council includes $60,000 to cover councillors&#8217; loss of income due to the federal government&#8217;s removal of a tax exemption for elected officials.

A $60,000 “top-up” to councillor take-home pay was approved by Airdrie City council Dec. 3 as part of the 2019 budget. The increase was in response to the federal government’s removal of a tax exemption for elected officials. Mayor Peter Brown expressed his concern with the federal adjustment at a September council meeting, saying a decision made by politicians at another level of government should not have an impact on his take-home pay. “For whatever reason, the federal government did the math on however many elected municipal officials there are [and decided] they could increase their coffers, significantly, by removing that tax exemption,” Brown said Dec. 4. “They downloaded that to the municipality.” During budget deliberations, Coun. Candice Kolson said she opposed approving the increase to council salaries, in spite of the decision to remove the tax exemption made by a higher level of government. “There is no employee anywhere that is able to adjust their salaries based on what the government decides they want to tax,” she said. “I did not feel it was appropriate for us to determine that we should still be tax exempt.” Brown, who did not vote to approve the budget, said he had been canvassing mayors of other Alberta municipalities and, according to his research, only Vermillion Town council decided not to cover the loss of the tax exemption through property taxes. “The majority of councillors [during budget deliberations] were in support of topping it up so there was no pay increase at all – we would still net the same pay,” he said. Brown also said he would have supported a zero cost of living allowance (COLA) increase for staff. “I was willing to forego a COLA because of what is happening [in the economy],” he said. “I thought our staff would be OK with that. We’re putting the burden on the taxpayers but I didn’t think that was a significant amount. I was defeated [during budget deliberations] and it was reduced to 1.5 per cent.” The 1.5 per cent increase, totalling $697,000, was included in the approved budget. Coun. Al Jones, who said in September he was uncomfortable approving any changes to his own salary, reiterated his concern about the optics of the decision to include an increase in pay for council members in the budget. “My feeling on it is that it’s a federal government tax grab,” he said. “It’s very uncomfortable for councillors themselves, because the aesthetics are terrible…despite the fact this is not a pay increase of any sort. The aesthetics are such that, if somebody isn’t paying attention and doesn’t understand what the feds have done, it has the illusion of looking like one.” The removal of the tax exemption for these expenses, Jones said, is unfair to any elected official across the country – with the result, according to Jones, that local taxpayers have to cover the additional costs through their property taxes. The money is intended to cover the one-third of councillors’ out-of-pocket expenses, for things such as local travel, cellphones and fax machines, that will no longer be tax exempt beginning in 2019. The approved budget includes an 8.47 per cent increase to property taxes – significantly higher than in previous years, which have ranged from a low of 0.63 per cent in 2017 to a high of 4.77 per cent in 2015. Kolson said she believed the large increase for 2019 was due, in part, to council approving lower increases than recommended by administration during those eight years. “There’s a big disparity in what the sustainable recommendation was for tax increases and what we’ve ultimately passed,” she said. From 2011 to 2018, she said, the difference between what administration proposed and the budget committee recommended to council was 18.59 per cent. That gap widened to 20.85 per cent once council approved the final budget. “This year, we are really seeing what happens when we try to make small-town decisions for mid-size-city needs,” Kolson said. “I feel that…sometimes, the decisions of the past are what we’ll have to deal with now, as we plan for the future.”