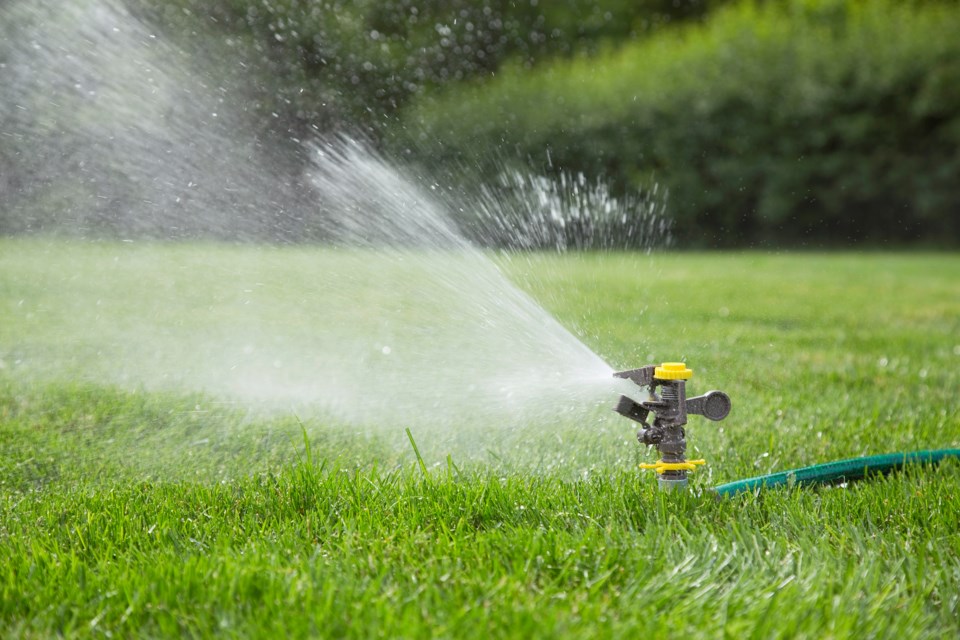 The City of Airdrie's water conservation initiatives will continue in 2020 with a focus on ways residents can save water indoors, in addition to adhering to the municipality's watering schedule. Photo: Metro Creative Connection

One year ago, Airdrie introduced a new Waterworks Bylaw encouraging residents and businesses to conserve water through the implementation of a year-round watering schedule – and according to Jennifer Sugden, water operations program co-ordinator with the City’s Water Services department, the initiative’s inaugural year was a success.

“We surpassed our water conservation goal for last year – but it was a very rainy summer, so people may not have been watering as much as usual,” she said. “So we did meet our target, but it was mostly due to Mother Nature.”

While last year’s rainfall may have led to a less-than-accurate representation of the city’s schedule adoption, she admitted, the department was able to learn a lot through its education campaign. Sugden said those lessons will help inform the City’s efforts in 2020, with an added focus on indoor water conservation.

“We’ve looked at a review of our presence on social media, and…it looked like we could have put some more messages out there and clarified some of the misconceptions,” she said.

One concern Sugden said the City is hoping to make residents aware of is the process for applying for a water exception permit – which allows property owners to water outside of the regular schedule when they are putting down new sod or seeds. Residents also have the option of using a smart irrigation system to receive the permit.

“You’re exempt from the watering schedule, but at the same time, we hope that people are not abusing it,” she said.

However, Sugden said she was pleased with the progress the City made with the information it did provide to residents throughout the past year. In 2019, according to a press release, Water Services educated residents at 10 events, though social media and through traditional channels like newspaper and postcards.

Two of those events were rain barrel sales, where Sugden said 310 barrels were sold. The previous year saw sales of just more than 200, which she said suggests more people are seeing the benefit of collecting rainwater and using that to supplement their water needs.

She added the City plans to host two rain barrel sales this year.

In addition to using a rain barrel, Sugden said there are other ways residents can ensure they are doing their part to conserve water at home – and spreading this knowledge throughout the community will be a focus of the department’s in 2020.

“Things like low-flow fixtures, using a water timer on your sprinkler, planting native plants – ones that are drought-resistant – helps a lot, too,” she said. “And not watering in the hottest part of the day. That’s a big one. We’re not saying kids can’t go out and play in the sprinkler, but that’s not when you should be watering your lawn.”

Additionally, she said, lawns typically only need around an inch of water each week – meaning the City’s watering schedule should provide ample opportunity for residents to ensure their grass receives the hydration it needs.

“We’re going to come up with some different strategies because, for some people, their biggest concern was that they forget when they can water,” Sugden said. “I don’t think we’re ever going to make everybody happy, but we have done a lot of research around other communities and [many of them] are way more restrictive than us.”