The City of Airdrie is rolling ahead with the possibility of constructing a second skatepark in the community.

On March 1, Archie Lang, the manager of parks and public works for the City of Airdrie, came to City council with a presentation on the feasibility of constructing another skatepark.

“During the last 10 years, the city has grown rapidly, highlighting the need for expansion of many recreational opportunities, including skateboarding,” Lang said. “Given Airdrie has a population of approximately 70,000, with 26,000 dwellings and households, there should be at least 2,100 avid skateboarders in Airdrie. However, this is a very conservative number, because in our skateboard park, we don’t only allow skateboarders but BMX bikers, scooter riders and inline-skaters.”

Lang’s report came after a notice of motion from Mayor Peter Brown last September for City staff to investigate the feasibility of constructing a second skatepark in Airdrie, with a focus on the east side of the city.

Airdrie currently has one skatepark, located in Chinook Winds Regional Park in the city’s southwest quadrant. The 20,000-square-foot amenity, which was built in 2010, boasts a series of ramps, bowls and rails. The park is a highly popular spot in the summers for local skateboarders, rollerbladers and BMX riders.

According to Lang’s report, City staff determined two potential sites for a new skatepark on the east side of Airdrie – East Lake Regional Park and Highland Park, just north of Veteran’s Boulevard. 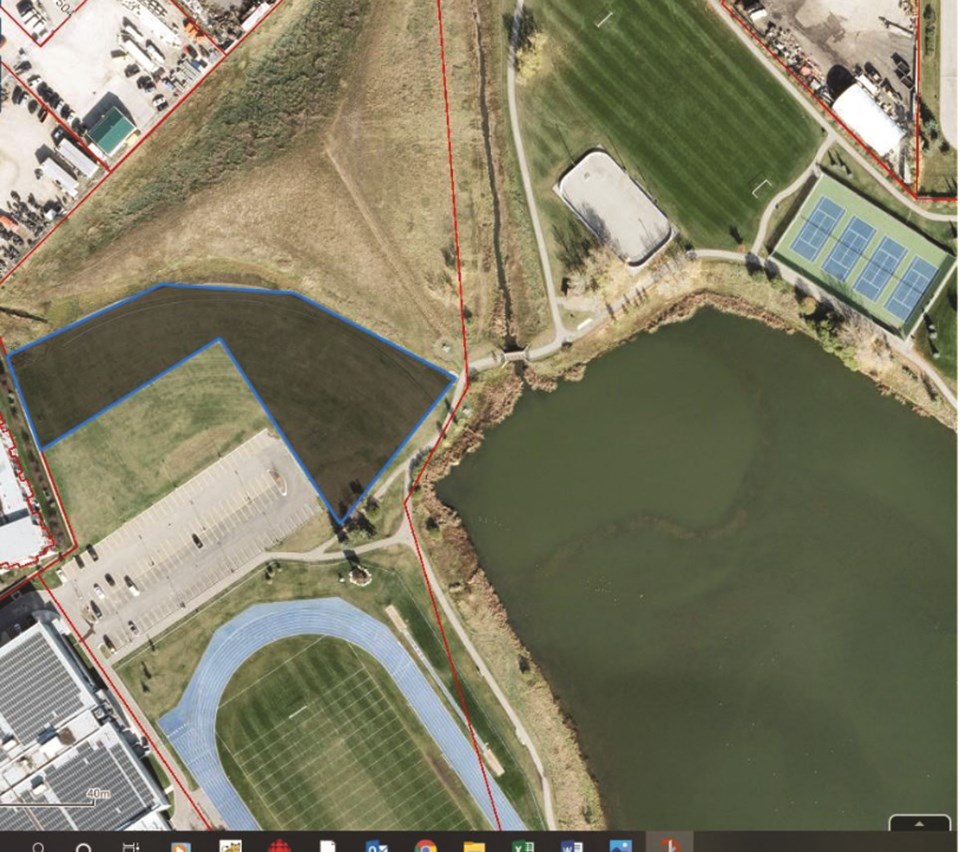 Lang said a 1.6-acre piece of land in East Lake Regional Park, just northwest of the Ed Eggerer Athletic Park football field, would make the most sense, as its location by Genesis Place Recreation Centre would place it right next to existing parking, washroom and concession facilities.

“It meets all the basic criteria for the construction of a skatepark,” he said.

However, Lang noted one possible concern about the East Lake site would be its proximity to The Edge condominium complex, which is directly adjacent to the proposed location.

As for the other option, Lang said a 0.8-acre site along Highland Park Way NE would provide other downsides, such as not being large enough and not being close to parking or other amenities.

“The location of a new skatepark should be easily accessible, offer convenient parking and have support facilities such as a concession and washrooms,” Lang’s report stated. “Like the current skatepark, it should be built on at least one acre of land.” 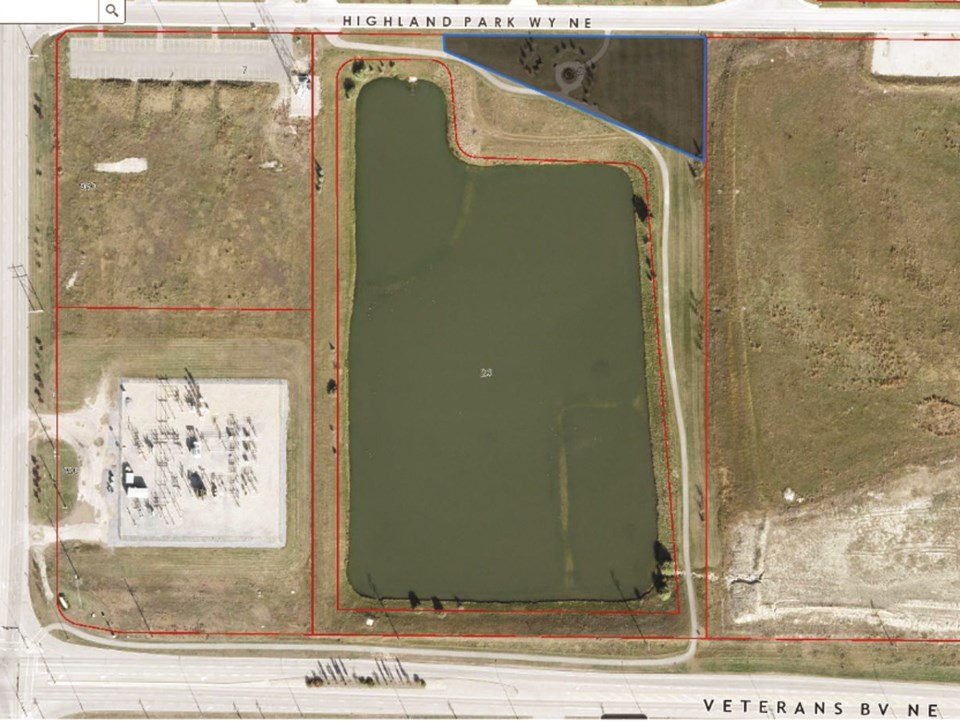 The second proposed location is a 08.-acre piece of land (blue border) just north of Veterans Boulevard in Highland Park. By Screenshot/City of Airdrie

In terms of the amenity’s final price tag, Lang said constructing a skatepark similar in size to the one in Chinook Winds Regional Park would cost the City nearly $2 million – more than double the cost of the Chinook Winds skatepark.

“The overall capital cost for the skate park in 2010 was approximately $800,000,” his report stated. “Today, it is estimated, that a skate park of 30,000 square feet could cost $65 per square foot or almost $2 million, excluding land costs and associated amenities.”

Post-construction, he said the amenity would also require at least $13,500 in annual operating costs, for services like graffiti removal, seasonal pressure-washing and other maintenance.

“On average, for a community skateboard park with zero tolerance for graffiti…operation costs are approximately $0.45 to $0.65 per square foot, per annum,” his report stated.

After Lang's presentation, council voted unanimously in favour of accepting the report for information, emphasizing the need for a second skatepark in Airdrie.

“We have a very young population and our user groups under the age of 16 are really using the heck out of every piece of infrastructure this City puts up,” Coun. Candice Kolson said.

According to Lang, the project is still in the very early stages. As the skatepark still requires a feasibility study, needs assessment and public engagement process, it would likely take at least three years to come to fruition.

He added it is the intention of parks department staff to work with the City's community development department to investigate the requirement for a new skatepark through the municipality's community needs assessment in 2021.

“There needs to be community and public engagement and obviously a detailed design with costing prior to putting it into the budget and construction,” he said.

Following the outcome of the needs assessment, Lang said staff can return to council with final recommendations.