The future of the City of Chestermere’s utility services provider’s operation as a separate entity is under review, according to the municipality, following the Nov.
Nov 20, 2018 12:01 AM By: Scott Strasser 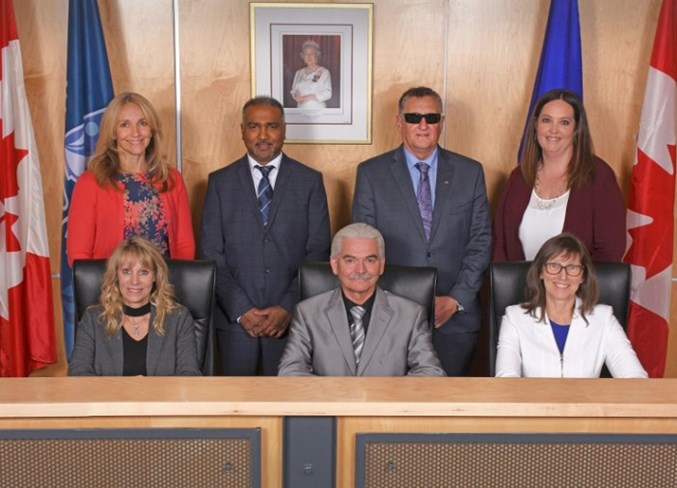 The future of the Chestermere utility service provider as a separate entity is under review by Chestermere City council (pictured). The employment of the corporation&#8217;s CEO Leigh-Anne Palter was terminated Nov. 8.

The future of the City of Chestermere’s utility services provider’s operation as a separate entity is under review, according to the municipality, following the Nov. 8 termination of the employment contract for Chief Executive Officer (CEO) Leigh-Anne Palter. Chestermere Utilities Inc. (CUI) is an arms-length corporation responsible for delivering utilities-related services to residents and businesses within the community. The city-owned company was implemented in 2012 with a mandate of providing water, sewer, waste and recycling services. Palter became CEO of the corporation in July 2015. Her termination comes after CUI’s business and management model was audited by external consultants KPMG. The third-party review was directed and commissioned last summer by Chestermere City council, along with the Board of Directors of CUI. “Council had determined the status quo was not an option, and we were going to look at a new way of delivering services to the community,” said Chestermere Mayor Marshal Chalmers. “Having said that, the services of the CEO, [Palter], the future – with municipalization or a form thereof – obviously is not going to need her services. “It’s just a part of the process. We wish her well in the future.” According to KPMG’s audit, the most favourable restructuring option is to bring CUI more firmly back under the City’s control. But Chalmers said that is just one of the options City council will explore in the coming weeks. “There is a lot of information that we don’t have yet, that we need to examine,” he said. “There are lots of legal contracts and lots of financial information that we need – it’s all about trying to find the best path forward.” The issue of ballooning utility rates in Chestermere has been contentious in recent years. In February 2016, Chestermere City council unanimously approved a 25 per cent rate increase for waste services and a 15 per cent hike for water services. Palter had told council the rate increases were necessary to cover the costs of CUI’s service delivery, after she had found residents were not being charged enough in years prior. “The rate shocks were determined to be needed,” Chalmers said. “In the way they were delivering the services, [CUI] needed X-number of dollars and, consequently, they needed to come back to the rate-payers for that money.” As anger over the increases escalated, Chestermere residents sent a petition with more than 5,400 signatures to the Alberta Government’s Ministry of Municipal Affairs, calling for an investigation into the issue of soaring utility bills. “Obviously, costs were a great concern to the community,” said Chalmers, who was not mayor or a member of City council when the petition was submitted. Following Palter’s termination, Rick Quail was appointed by the City to act as CUI’s interim CEO. Quail served as the Town of Okotoks’ chief administrative officer from 2004 to 2016, and will act as the corporation’s “transition manager.” “I think it’s safe to say that Chestermere City council has decided a transition of CUI under the City’s management is warranted at this time,” he said. “Changes have been put in place to assist and enable that transfer of management of the utilities to come back under the purview of the City.” The mayor anticipates the process to be completed by the end of 2018. “We don’t have a timeline, but we’re clearly moving forward to determine what the best path is,” Chalmers said.