With most official Canada Day events cancelled in Airdrie, officials hope residents will follow safety measures during any informal holiday celebrations. “It’s good for people to interact with one another,” said Dr.
Jun 29, 2020 1:00 PM By: Ben Sherick 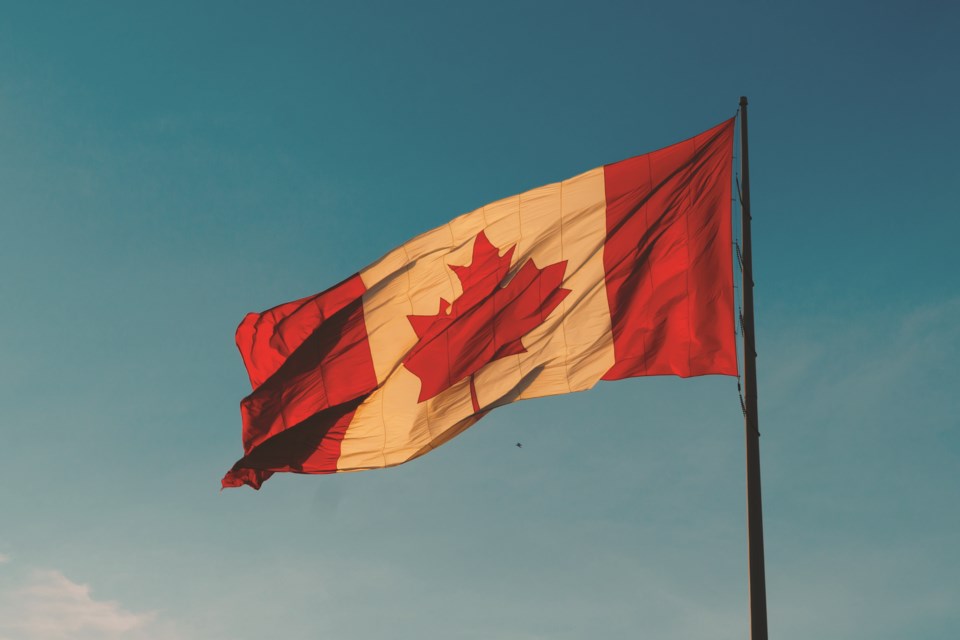 “It’s good for people to interact with one another,” said Dr. Jia Hu, medical officer of health with Alberta Health Services (AHS) Calgary Zone. “Canada Day is obviously a very special holiday for all of us. But people should definitely try to abide by some of the recommendations around social distancing [and] around maximum group gathering sizes.”

On April 27, the Airdrie Parade Committee (APC) announced this year’s Canada Day parade would be cancelled because of COVID-19. Instead, APC has organized the Airdrie Canada Day Home Decorating Contest, encouraging families to gussy up their houses in red and white.

Shortly after, the City of Airdrie announced April 30 that its annual Canada Day fireworks display would be postponed to a later date.

With these celebrations off the table, many people will likely resort to informal gatherings to celebrate the holiday. According to Hu, AHS hopes people will remain cautious even as they spend time with friends and family.

“It’s always about striking a balance,” he said. “Things aren’t as bad now as they were a few months ago, and that’s a really good thing.”

Because of that, Hu said, restrictions have lifted and people “can do a bit more than they did before.” Hu said AHS does not intend to be the “fun police” during the holiday, but added, “just because you’re allowed to do certain things doesn’t mean that you should.” Ultimately, he said, Albertans should have fun on Canada Day, but also be cautious.

Hu recommended any gatherings take place outside, where transmission of COVID-19 is less likely.

“One of the drivers of transmission is airflow,” Hu said. “If you’re outside, you’re in a less contained space.”

Hu noted limits on outdoor gatherings are slightly more relaxed than indoor gatherings – a maximum of 100 people are allowed to get together outdoors, compared to 50 inside.

Hu also recommended only inviting people in your cohort or social bubble – the limited group of people that you see on a regular basis. Limiting who you interact with can reduce the risk of spreading the virus, he said.

“There’s nothing that says you can’t interact with other people, but one way that we keep ourselves safe and the people we care about safe is by limiting the amount of social interaction we have,” he said. “That could mean, for a Canada Day celebration, if you normally have everybody from the neighbourhood over, what you might do is have just your family.”

Other health tips are common knowledge at this point. People should frequently wash their hands, Hu said,  and AHS recommends covering your face.

“Wear a mask if you can,” Hu said. “It’s recommended; not mandatory.”

If you are attending a barbecue, Hu said it’s important to not share food or drinks.

“We know [the virus] can be transmitted that way too,” he said.

Meanwhile, those missing this year’s firework display might be considering taking matters into their own hands. While it can be tempting to procure and detonate fireworks, Airdrie Fire Department (AFD) Deputy Chief Ken Hubbard said the Fire Services Bylaw is “black and white” on the issue.

“No person can sell, possess or discharge fireworks in the city unless they have the appropriate license or permits,” he said.

Hubbard noted council recently upheld the bylaw prohibiting consumer fireworks. According to Hubbard, there is no park or yard in Airdrie that has sufficient area to safely shoot fireworks, and there are safety concerns about the possible impact on people and property when fireworks are used by anyone other than trained professionals.

Anyone who contravenes the bylaw could be slapped with a fine or a court appearance, he added.

“At the end of the day, we want people to be safe and enjoy their time celebrating the holiday,” Hubbard said. “Unfortunately, under the City's bylaw, without having a professional display that celebrates Canada Day, we’ll have to look at other options to celebrate."