When Rocky View 2020’s (RV2020) former executive director Eric Lowther made the decision to run for Rocky View County (RVC) council, the landowner advocacy group was left a position to fill.
0
Nov 30, 2015 12:00 AM By: Jessi Gowan 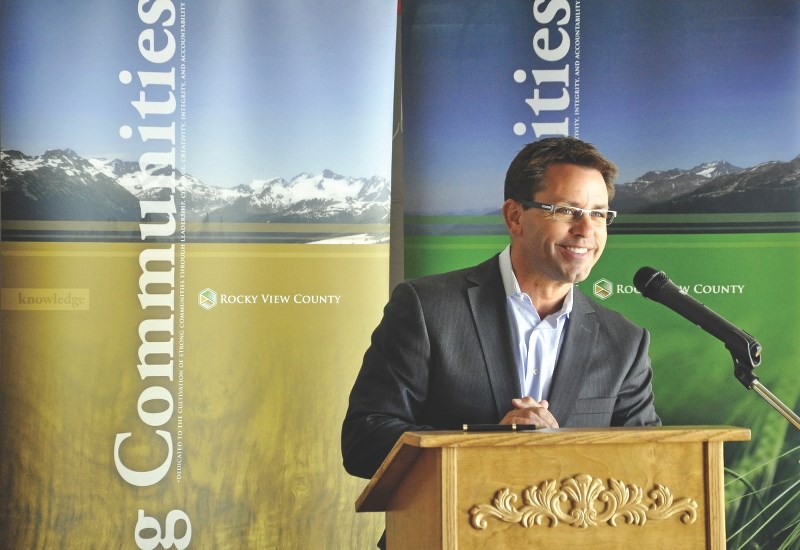 When Rocky View 2020’s (RV2020) former executive director Eric Lowther made the decision to run for Rocky View County (RVC) council, the landowner advocacy group was left a position to fill. Recently, the role of executive director for the group has been filled with former Chestermere-Rocky View MLA Bruce McAllister.

After McAllister lost the provincial election in May, he said he took the summer off to “get away from things.” But by mid-September, he said, he was starting to look at what his next move would be.

“It was brought to my attention that RV2020 may be looking for a new executive director, and that I may have the skills that they were looking for,” McAllister said. “One thing led to another, and I really see this as an exciting challenge and opportunity for me.”

As an MLA, McAllister said he had met with the group numerous times as a supporter of property rights and landowner issues. He said he is looking forward to continuing to provide a voice to the people of RVC through the organization.

“We are living in one of the most beautiful corners of the planet, here in this part of Alberta, and we are growing rapidly,” he said. “There are lots of things on the go. I think it’s going to be fun to take part in helping to shape that.”

According to McAllister, the new role will give him the opportunity to help landowners who need direction or guidance as they move through the development process. He said he will also help educate the group’s 300-plus members understand what happens at RVC council.

“A lot of members want to know what things are about and how it may affect them,” he said. “It will be my job to help them understand, to explain and to work with council on their behalf whenever necessary.”

McAllister said he feels his background gives him a lot of insight into working with area landowners, since he has “moved from one advocacy role to another” throughout his career.

“It’s what I’ve been doing as an MLA, and it’s really what I did as a journalist,” McAllister said. “Try and find out why things are happening the way they are, and explain it in a clear way for the public to understand. I care about local issues, and I really like to work with people collaboratively to try and effect positive change. These are things I’ve always done.”

According to McAllister, spending his youth growing up on a cow-calf operation also helped provide him with a solid background for working with producers and landowners within the county.

“A lot of people don’t know it, but I really am a county boy at the core,” he said. “I’ve spent most of my life working in bigger centres, but I have a volunteer heart – it’s what I did before I entered politics. I’ve always wanted to help people have a voice when they might not, otherwise. This is really a natural fit for me.”

McAllister said he’s already started taking on some of the responsibilities involved with his new position, including heading up meetings throughout the county and meeting with as many RV2020 members as he can.

“These are people who care about how things go around here and want to be a positive, collaborative team,” he said. “I see myself as answering to them and working hard to find solutions. I want to know what’s important to them and how I can help.”