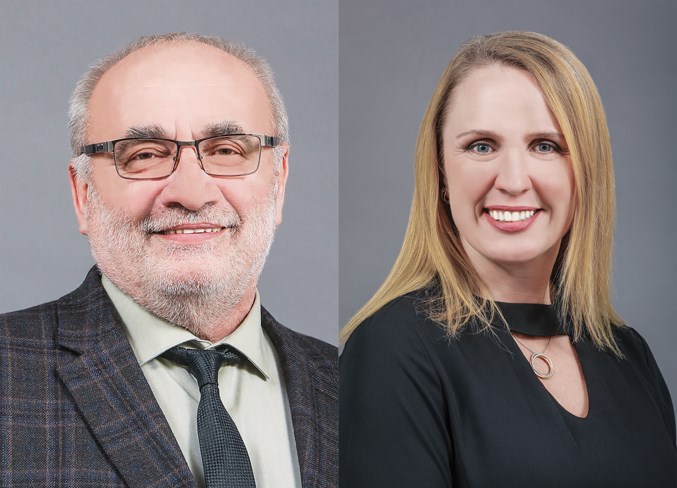 According to planner Jessica Anderson, the Bearspaw Heights Conceptual Scheme (BHCS) guides the development of a new country residential community located within the Bearspaw Area Structure Plan (ASP) northwest of Calgary, on the west side of Bearspaw Road north of Township Road 262.

One letter of opposition received by council – from Darrin and Deborah Durda – included a request that Deputy Reeve Al Schule recuse himself, “as he has been involved in putting this application together.” At the outset of the meeting, Schule confirmed he had indeed worked on the application, but ended his involvement upon his election in 2017 and therefore did not recuse himself.

“I do not know if [this application] has changed from the original or hasn’t, I don’t have a clue,” Schule said.

Applicant Bart Carswell, with Carswell Planning, articulated a belief that Area Coun. Samanntha Wright – who lives on a neighbouring property – had a conflict of interest and should recuse herself. Wright maintained she had no pecuniary interest in the decision, and said she was not biased on the matter.

“I just want everybody to know…I come here with an open mind and I’m amenable to persuasion and I’m here to do my job as a councillor, and I will not make a decision until the end of this meeting,” Wright said.

The application incorporates the 19.73 acres of land as a comprehensive development, to be subdivided into eight parcels with an internal access road, according to Anderson. These parcels would range in size from 1.94 acres to 1.98 acres.

The proposal drew some opposition from neighbours concerned about stormwater drainage. Resident Damon Maerz said despite taking part in public engagement sessions and frank discussions with the applicant, he felt his concerns had not been adequately addressed.

According to Anderson, the applicant had submitted a conceptual stormwater management plan, and had committed to providing a comprehensive stormwater plan at the time of subdivision.

“The stormwater concept consists of the use of a centralized stormwater management pond on a public utility lot, south of the proposed internal road, that accepts stormwater flows from the proposed development and lands to the south,” she said.

Carswell added an overflow pipe would be placed in the stormwater pond to divert water along the edge of Bearspaw Road into a ditch and eventually to West Nose Creek, in the event the pond floods.

Wright moved first reading for both the redesignation and the conceptual scheme bylaws – supported unanimously by her colleagues – before moving to table the bylaws until the completion of a detailed downstream conveyance map and assessment of the conveyance route from a proposed pipe to Big Spring Creek was completed.

“This is a land use scenario, and I think understanding the conveyance of the water and the septic and all of those things are going to be dealt with at the subdivision stage,” McKylor said.

Wright then moved for second reading of the redesignation bylaw, but voted against her own motion along with Couns. Kevin Hanson and Crystal Kissel. Despite the opposition, second reading was granted 5-3 and proceeded to a unanimous third reading.

Subsequently, the conceptual scheme bylaw was adopted with unanimous second and third reading.

Coun. Jerry Gautreau was absent from the meeting.