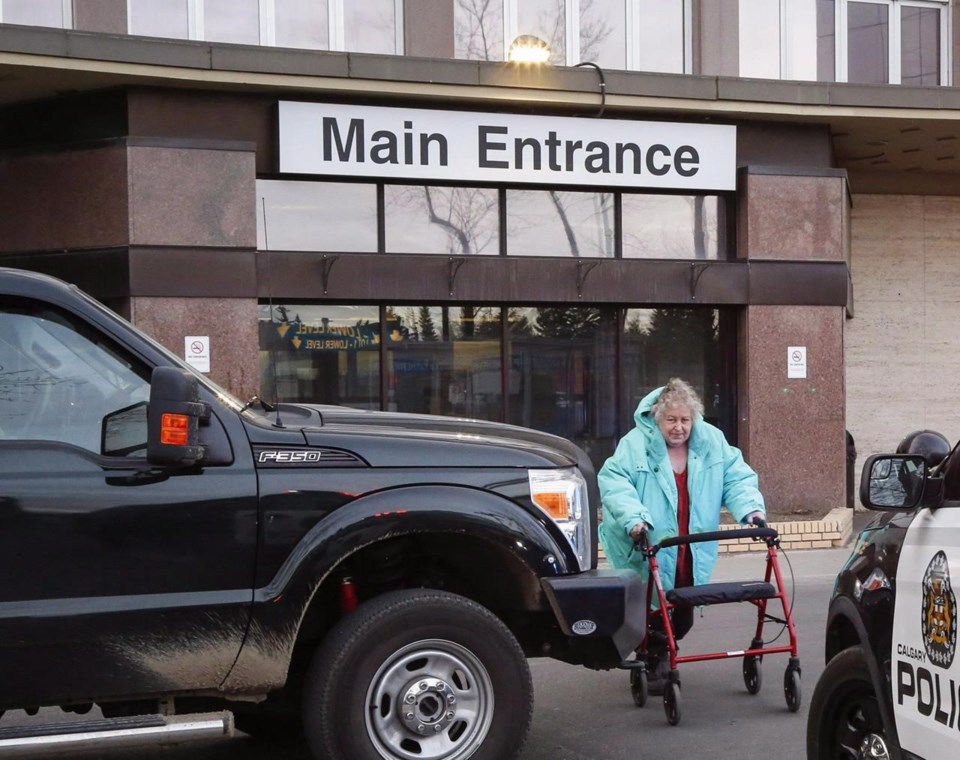 The Foothill Hospital in Calgary is shown on Friday, March 11, 2016. The Alberta Medical Association says the government is going ahead with its proposed health-care restructuring, despite the COVID-19 pandemic. THE CANADIAN PRESS/Jeff McIntosh

EDMONTON — The Alberta Medical Association says the government is going ahead with its proposed health-care restructuring despite the COVID-19 pandemic.

Association president Dr. Christine Molnar says in a letter to doctors that she met with Health Minister Tyler Shandro on Friday to try to work together. She says he committed to get back to her before the new physician funding framework came into effect Wednesday.

"Today, we received his response stating that the government intends to proceed," she wrote in the letter, which was posted online late Monday. "I share your extreme frustration and disappointment with this decision.

No one from Alberta Health immediately responded to a request for comment.

Total physician compensation remains flat at $5.4 billion in the government's 2020-21 budget, but the new physician funding framework will change how doctors are paid for their work.

Molnar acknowledged that the province had suspended changes to how family doctors are paid for in-person visits and delayed implementation of changes to stipends.

Prompted by the COVID-19 crisis, the province has introduced a new billing code for phone and video visits with family doctors that is retroactive to March 17, Alberta Health said.

The government has not delayed other "disruptive and damaging elements" of the plan, Molnar said, including how rural doctors are paid.

"If this new framework was a bad idea on Feb. 21, it is a critical bad idea during a pandemic," she wrote.

More than 800 doctors sent an open letter to the government on Monday that asked it to delay the changes so that physicians can focus on the pandemic.

Shandro said in a statement responding to the letter that he was working with the medical association to come to a solution.

Another concern raised by an Edmonton emergency doctor is about what's known as the good faith claim, which gives people in the most marginalized populations access to public health care — even if they don't have a health card.

"They are no longer going to have funding," Dr. Shazma Mithani said Monday.

"We will continue to see these patients, because that's our first priority, but we are no longer going to be appropriately resourced to see them anymore."

"Our legal challenge is prepared and ready to launch," she said. "The board will discuss the timing this week."

This report by The Canadian Press was first published March 31, 2020