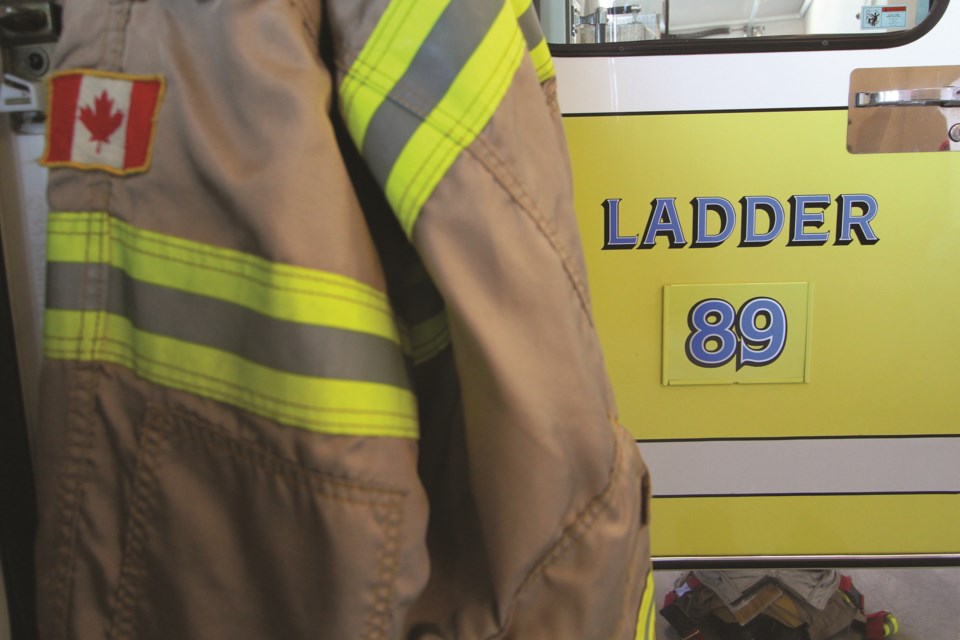 By the time Airdrie firefighters arrived at a fire in Stonegate, it had mostly been extinguished by a neighbour. File Photo/Airdrie City View

According to Airdrie Fire Department (AFD) Chief Kevin Weinberger, the department received multiple 911 calls around 2:30 a.m. about an exterior fire in the 100 block of Stonegate Close N.W.

On arrival at the scene of the structure fire, crews discovered signs there had been a blaze burning between a fence and a two-storey residence, according to a press release from AFD. By the time crews arrived, the fire was mostly but not completely extinguished, Weinberger said. According to the press release, a neighbour had doused the flames with a garden hose.

"[The fire] ran from the outside of the house in between the yard and the house, made a gap up the siding [and] got into the eaves a little bit," Weinberger said. "Our firefighters looked for extension into the house. There was no major damage in the house except some smoke up in the attic."

According to the press release, there were no injuries reported. Five pieces of fire apparatus and thirteen firefighters were on scene, and Weinberger said the response lasted approximately two and a half hours.

The Fire Prevention Bureau continues to investigate to determine the cause of the blaze and final damage estimates, Weinberger said.

"No indication [of the cause] at this time, other than we collected some debris outside from where wind's blown stuff in," he said.

Although the cause has not been determined, Weinberger said the fire is nevertheless a timely reminder to make sure yards are free of flammable debris.

"Especially at this time of year with fall, with leaves gathering in between homes, make sure yards are cleaned up appropriately from any gaps or things like that where fire can be started, whether it's through smokers materials or anything like that," he said.