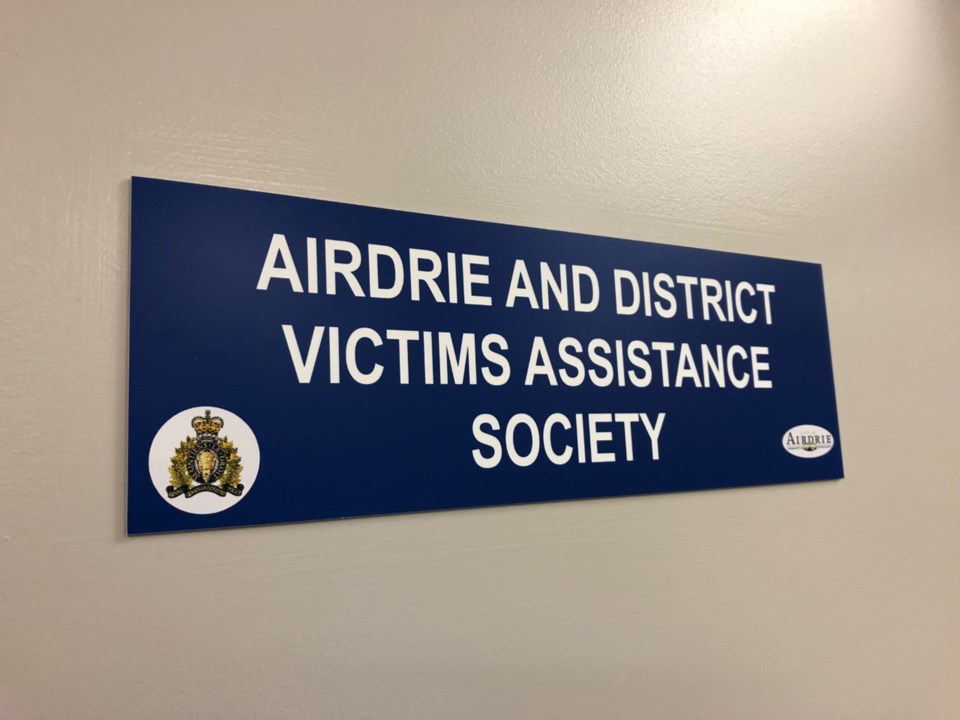 To address rising need within the community, Airdrie and District Victims Assistance Society has conducted a capital-building study and is seeking to develop a path toward long-term sustainability. Photo by Nathan Woolridge/Rocky View Publishing

The community’s demand for the services provided by Airdrie and District Victims Assistance Society (ADVAS) is outweighing the organization’s ability to provide that support, according to Executive Director Michelle Wagner.

“Over the past several years, as an organization, we have been struggling to keep up with the demand for our services,” she said. “We’re concerned about the sustainability of our organization, as well as the health and wellness of our staff and volunteers.”

ADVAS launched a capacity-building project in the fall of 2018, Wagner said, and provided council with an update on this initiative at a regular meeting Aug. 19.

“As you know, ADVAS plays a key role in our community,” she said. “Our 24-hour operation provides our citizens with services such as crisis support, emergency response, court support, education and public awareness.”

According to Wagner, the organization provides these services through direct supports, as well as preventative community initiatives, in both criminal and non-criminal areas. The capacity-building project was an opportunity for the organization to analyze the services it offers, develop a better understanding of the growth it has experienced throughout the last five years and create a path toward long-term sustainability.

The area served by ADVAS grew from 92,000 people in 2013 to more than 114,000 in 2018, Wagner said. As Airdrie is one of the fastest-growing communities in Canada, she added, it’s important for ADVAS to anticipate that growth in the organization’s business plan.

And it’s not just the population that has increased, according to Wagner. The percentage of ADVAS cases relative to the population has grown, as well – from around 1,200 files in 2013 to more than 3,600 in 2018.

“We’ve [more than] doubled our files over the past five years, however, we haven’t doubled our staff in order to address the capacity that our organization is seeing,” Wagner said. “Once we started to look at the data, we quickly started to realize why we are always on the run.”

According to Wagner, the gap between the work required to provide ADVAS’ services to the community and the number of hours available in the day for staff to do so will continue to widen, unless the organization does something proactive to address it.

“We potentially need to modify the way we operate, in order to be sustainable,” she said.

Funding is an issue as well, Wagner added. With the organization’s current funding levels, she said, ADVAS may be forced to scale back to ensure the quality of its services remains high while maintaining the health of staff and volunteers. The society is also examining other avenues to bring in additional revenue, she said.

“It’s exceptional work that takes a tremendous amount of time and personal energy,” said Mayor Peter Brown. “Your volunteers, your staff members, we just want to – on behalf of myself and council – say thank you, because it’s a tough, tough job, sometimes.”

The next step for ADVAS, according to City Manager Paul Schulz, is for the organization to collaborate with City staff to further analyze the data provided by the study and determine what type of assistance the municipality may be able to provide. Wagner added the society intends to return to council with an update by the end of September or in early October.