The maker of a weight loss drug pulled it from the market Thursday at the request of federal regulators, who said it posed a slight increased risk of cancer. Japan’s Eisai Inc. said it was voluntarily withdrawing the drug, Belviq.
0
Feb 13, 2020 5:06 PM By: Canadian Press 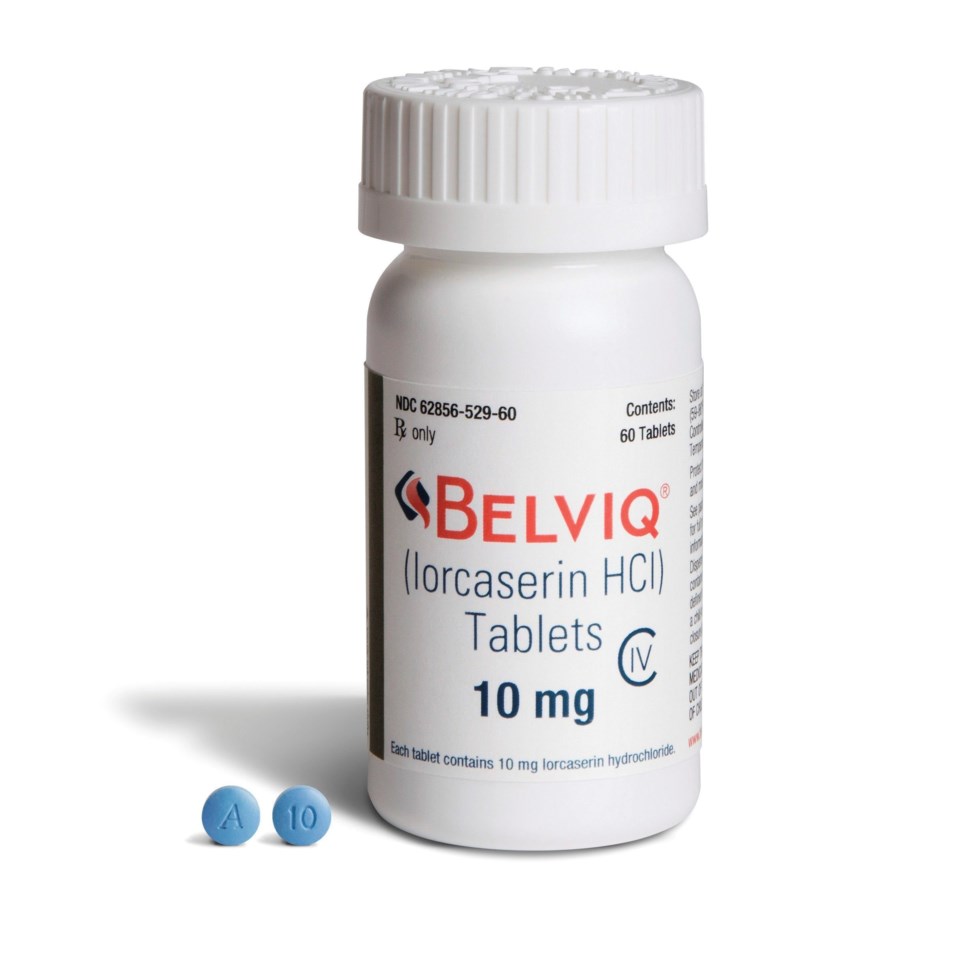 The maker of a weight loss drug pulled it from the market Thursday at the request of federal regulators, who said it posed a slight increased risk of cancer.

Japan’s Eisai Inc. said it was voluntarily withdrawing the drug, Belviq. However, the company said in a statement that it disagreed with the U.S. Food and Drug Administration's interpretation of new data on the drug’s safety and still believes Belviq's benefit outweighs the risk.

The FDA said patients should stop taking Belviq immediately, dispose of leftover pills and contact their doctor for advice on alternatives. The agency also told doctors to notify their patients to stop taking the drug.

Belviq was approved in 2012, roughly the same time that a couple other promising weight loss drugs hit the market. None became the blockbusters they were expected to be, but they offered an option for the many people struggling with excess weight or obesity and related health problems.

Belviq was the first drug proven to help people lose weight and keep it off for several years without raising their risk for heart problems. That was the conclusion of a five-year, 12,000-patient study of the drug’s heart safety, which the FDA required Eisai to conduct as a condition of approval.

A recently completed FDA analysis of the data from that study showed 7.7% of participants who took Belviq were diagnosed with cancer, slightly more than the 7.1% who developed cancer in a comparison group given dummy pills.

There was a range of cancers, with pancreatic, colorectal and lung cancer reported more often in the patients who took Belviq, the FDA said.

The agency said no special cancer screening is needed for anyone who took Belviq. It noted the increased risk was only seen after extended use of the drug.

Eisai said its assessment is that Belviq has more benefit than risk for its intended patients. It's specifically approved for adults with a body mass index of 30 and adults with a BMI of 27 who have other conditions that carry heart risks, such as high blood pressure, high cholesterol or Type 2 diabetes.

An extended-release version called Belviq XR also is being pulled from the market.

Of the competing drugs launched about the same time, Qsymia produced more weight loss than Belviq. Contrave, approved in 2014, produced similar weight loss to Belviq but carried a strong warning about the risk of increased suicidal thoughts and .

The drugs' costs hurt sales. Belviq and Contrave retail for roughly $300 per month without insurance, and Qysmia sells for about $200 per month, depending on the pharmacy.

Several older diet drugs were previously withdrawn from sale after they were found to raise the risk for heart valve damage, suicidal thoughts or other problems.

The company's U.S. headquarters is in Woodcliff Lake, New Jersey.

The Associated Press Health & Science Department receives support from the Howard Hughes Medical Institute's Department of Science Education. The AP is solely responsible for all content.

Linda A. Johnson, The Associated Press

Coronavirus fears have some Canadians scrambling to rebook vacations
Feb 27, 2020 9:33 AM