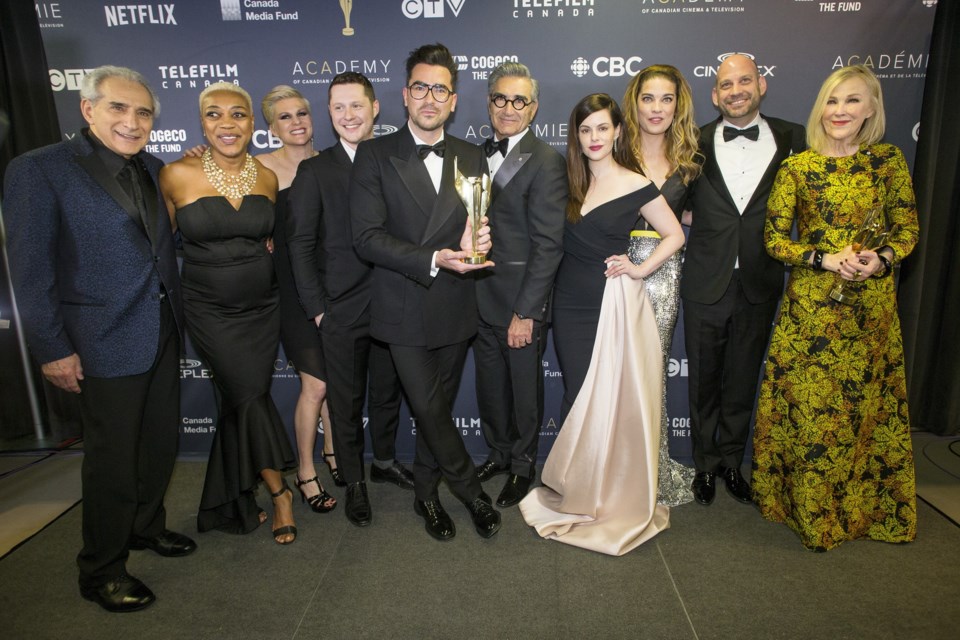 "Schitt's Creek'' is continuing its winning streak at the ACTRA Awards in Toronto.

The Emmy-sweeping comedy took the Members' Choice Series Ensemble Award for a third year running at an awards show put on by the largest chapter of Canada's performers' union.

Tamara Podemski won the prize for outstanding performance by a female for her turn on the CBC drama series "Coroner."

Jesse LaVercombe earned a trophy for outstanding performance by a male for his role in the horror film "Violation."

Being recognized for their vocal work are Bahia Watson in "Total DramaRama" and Cory Doran in "Doomsday Brothers."

Multi-disciplinary artist Jani Lauzon won this year's Award of Excellence, which was presented by her daughter, Tara Sky, at Sunday's online ceremony.

This report by The Canadian Press was first published Feb. 23, 2021.