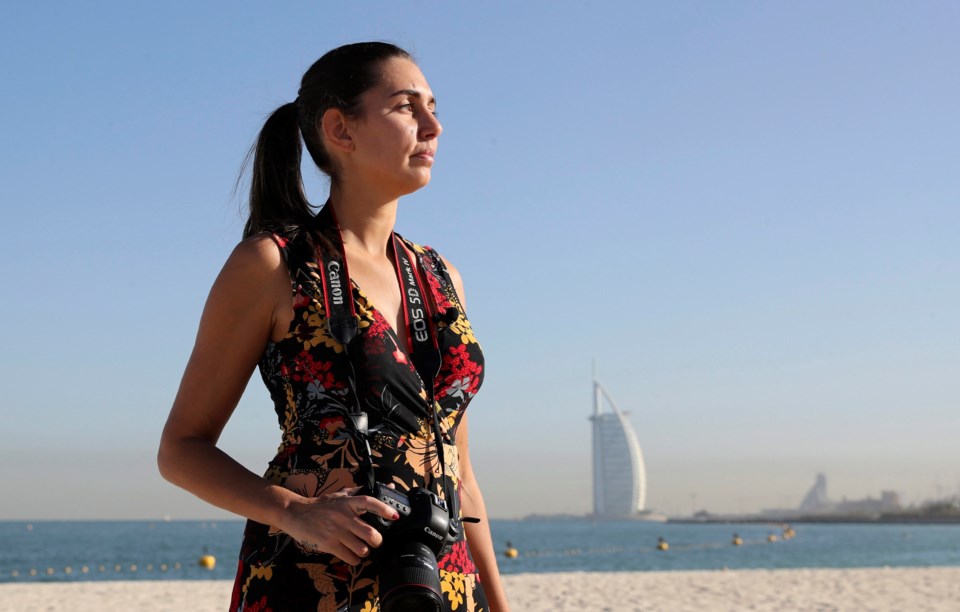 DUBAI, United Arab Emirates — When the coronavirus pummeled Dubai this spring, the maternity and wedding shoots and all the gigs that freelance photographer Paula Hainey had lined up vanished almost overnight.

She wasn’t alone. Within weeks, she knew too many jobless people to count. As the pandemic shut borders and grounded flights, businesses collapsed in the skyscraper-studded Persian Gulf city, once the world’s busiest international air travel hub. The cascade of layoffs forced tens of thousands of expats residing in the United Arab Emirates on temporary work visas to pack up and buy tickets home.

To fill her newly free hours, Hainey had an idea. In groups for expats on Facebook, she offered free photo shoots to families abandoning the lives they had built in the UAE because of the pandemic.

“I remember thinking, a popular request even before COVID, expats would come and hire me to photograph them at landmarks as a keepsake,” Hainey said from the beach where she captures families’ final moments in Dubai. In the distance, the iconic sail profile of the Burj Al Arab hotel and Burj Khalifa, the tallest building on the planet, peeked through the light morning haze. “If you’ve been living here for 15 years, you want something to remember it by.”

The response, she said, was “crazy.” Her phone exploded with texts from people of all nationalities on all forms of social media. When Dubai reopened after lockdown, she spent her mornings on the white-sand Palace Beach, photographing over a hundred families at sunrise.

Most of her subjects are pilots and others in the aviation industry, whose fortunes plummeted as the pandemic brought the world to a grinding halt. Long-haul carrier Emirates, the biggest in the Middle East, received a $2 billion bailout from the Emirati government after cutting salaries for half its staff and firing an undisclosed number of employees.

“A lot of them are senior staff, meaning they’ve been here for 15-20 years, their kids were raised here, then they’re sent back ‘home,’” Hainey said. “But their home has been Dubai.”

Darrin Chapman, a 49-year-old pilot originally from Greenwich, Connecticut, tossed his toddler daughter in the air as Hainey’s camera clicked, waves lapped against the shore and his wife, whom he met on a layover in Australia six years ago, watched adoringly.

“A picture tells the biggest story, and we wanted some memories,” Chapman said, for when his year-old daughter, Harper, grows up.

“It was our dream to raise her here,” he added. “We’re not too excited to raise her in the States, but it is what it is.”

After being spared the first three rounds of layoffs at state-owned Emirates, he received the long-dreaded letter. The pandemic has dealt a particularly devastating blow to those like Chapman who fly Emirates’ fleet of double-decker Airbus A380s, a superjumbo jet now standing idle in the absence of mass travel.

“We’re quite sad, it is home for us,” he said. After 11 years in Dubai, he’s moving his family to Laguna Hills, California, to find work near his mother and sister.

Amid the hardship, and the uncertainty of her own future, Hainey, a Brazilian who has lived in the city for seven years, finds solace in seeing that people get closure when saying goodbye to Dubai.

“Everybody is trying to help during COVID, restaurants are giving food or people are supporting medical staff,” she said. “This is my way of helping, really.”

“One Good Thing” is a series that highlights individuals whose actions provide glimmers of joy in hard times — stories of people who find a way to make a difference, no matter how small. Read the collection of stories at https://apnews.com/hub/one-good-thing