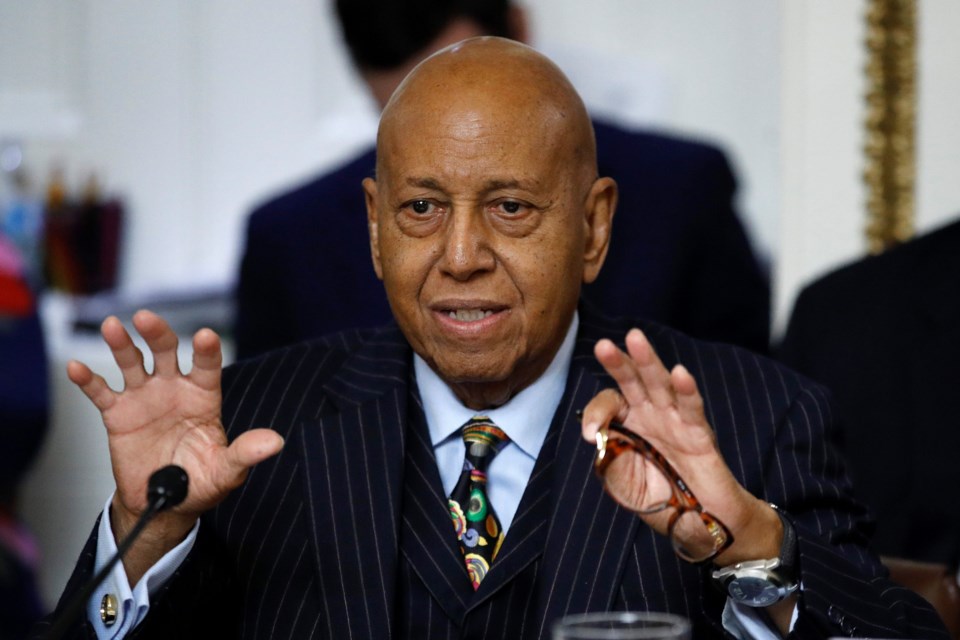 MSNBC apologized on Wednesday for mistakenly airing video of another Black congressman while reporting a day earlier on the death of U.S. Rep. Alcee Hastings of Florida.

During the report, the network aired archived video of U.S. Rep. Bennie Thompson, a Democrat from Mississippi. The report correctly included some still pictures of Hastings.

MSNBC tweeted an apology on Tuesday.

The mistake “never should have happened,” the network's Hallie Jackson said on the air Wednesday. “We are sorry it did. Congressman Hastings served the state of Florida for nearly three decades and the House and deserves a tribute worthy of that service.”

Hastings, a former federal judge who had been impeached, was first elected to Congress in 1992. He announced two years ago that he had pancreatic cancer.