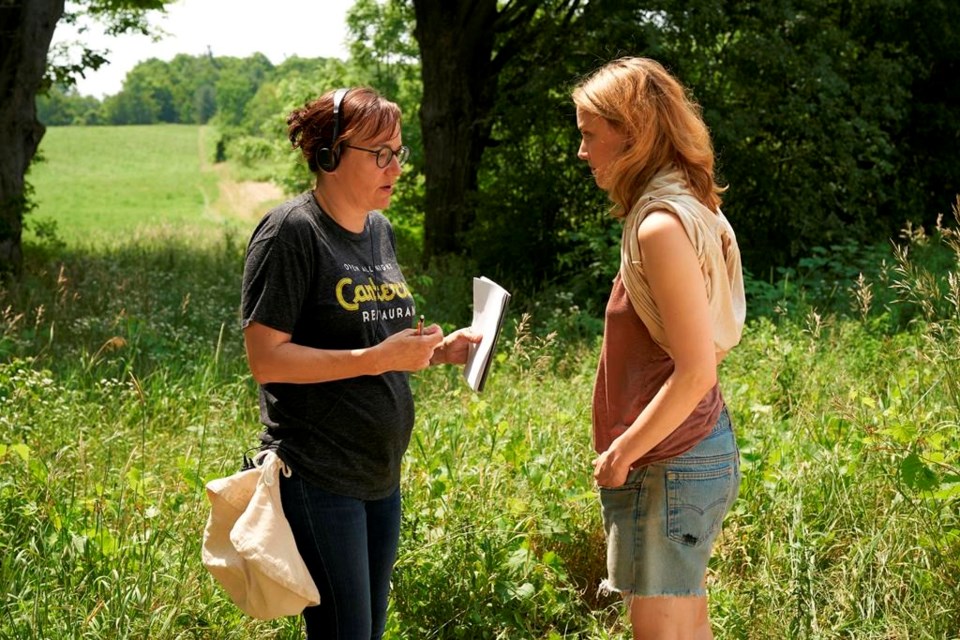 The Canadian-American scribe says watching Black Lives Matter protests unfold near her home has turned a feeling of anguish from the COVID-19 pandemic into one of excitement and "this really hopeful feeling that we're in a moment of change."

"I'm far from being an expert, but it definitely feels like finally, maybe, people have been able to draw attention to something systemic," Chellas said in a recent phone interview.

"That there's this groundswell of support and outrage, and that people in all their various ways are trying to either express themselves or listen, depending on where they are in this movement."

Chellas has explored societal movements and how people change in much of her writing, including her Emmy-nominated work on "Mad Men" and her new feature directorial debut, "American Woman."

Available across all on-demand and digital platforms on Tuesday, "American Woman" is adapted from Susan Choi's novel and inspired by the 1974 California kidnapping of Patty Hearst.

The granddaughter of American publishing magnate William Randolph Hearst was abducted by left-wing terrorist group the Symbionese Liberation Army in Berkeley, Calif., and became a part of their movement.

As with Hearst, audiences are left wondering if Pauline is a victim or willing participant in the radicals' cause. She and Jenny form a bond that takes them on their own journey.

"When I made 'American Woman,' I thought a lot about how true change happens and what people are willing to do to try to change things that they are not OK with," said Chellas, who also wrote the Toronto-shot film.

"It's something that I always try to figure out with everything I write. I've ended up writing a lot of period stuff, trying to look at moments where an undeniable shift happens, in the political sense or in a person, in a character. It's like an obsession of mine.

"So it's just thrilling at some level to see another attempt to change the country and the system ... take hold and gather some momentum, and to see people opening their minds and opening their hearts."

Chellas's interest in writing about monumental moments in people's lives and American history stems from her upbringing.

Born in the U.S. but raised in Calgary by American parents who were politically engaged, she said she's always been captivated by major news events as well as "journalism and journalists, and how they unfold the news and become part of it sometimes."

"To me that's the cornerstone, I guess, of drama and writing in a dramatic way — is how people struggle to change, how they struggle to change each other, how they mostly fail," said Chellas, who was co-creator and head writer of the Canadian series "The Eleventh Hour," about journalists at a fictional TV newsmagazine show.

"I think I believe deep down that people rarely change and rarely make significant changes. And when they do, it's almost always worth telling a story about."

Chau and Gadon are known for portraying characters with the very cryptic qualities their "American Woman" roles have.

When Chellas read the "American Woman" book, she was interested in Jenny's journey of being a fugitive experiencing a personal shift amidst a major political one.

Jenny also faces racist and sexist microaggressions from the leader of the radicals' group, played by John Gallagher Jr.

Chellas said she had to cut out at least half of those moments, because watching them all unfold onscreen was overwhelming and nearly "deafening."

"That was a learning experience for me," Chellas said.

"When you put it up on screen and you're having that experience through Hong Chau's character, the volume gets turned up so much. It just made me really understand what a microaggression is and why 'micro' is maybe a misnomer.

"It may seem small on the page ... but when it's happening and you're in that moment through a character, it's not micro at all. It's just aggression."

Chellas said she's now developing a miniseries for HBO that "feels really pertinent and meaningful in this time."

It's "about the intersection of protest and government power, told through the lens of events in the 1970s."

"I think it has something to say for this moment, but it's also something that will evolve and I hope that it can evolve to be meaningful even now," Chellas said.