The open forum discussion held at the “white church at the coulee” on Oct. 18 was designed to start a conversation about the site following Reverend Ruth McArthur’s retirement.

Carmen Cundy
Oct 28, 2022 1:00 PM
Previous Next
1 / 1 Community members rallied together to determine the future of Irricana United Church on Oct. 18. Submitted/Rocky View Weekly
Expand
Previous Next
Listen to this article
00:05:43

Irricana United Church isn’t going anywhere anytime soon, according to congregants and church board and community members who met to discuss the historical site’s future on Oct. 18.

The open forum discussion held at the “white church at the coulee” was designed to start a conversation about the site following Reverend Ruth McArthur’s retirement, according to the chair of the church board, Brian Culp.

Culp said the consensus of the meeting, which attracted more than 40 attendees, was that the community still wants a place for regular worship and a venue for special occasions such as weddings, and more somber ones like funerals.

He added congregants would be remiss to see the site a short drive west of Irricana, which holds historical significance, shuttered. 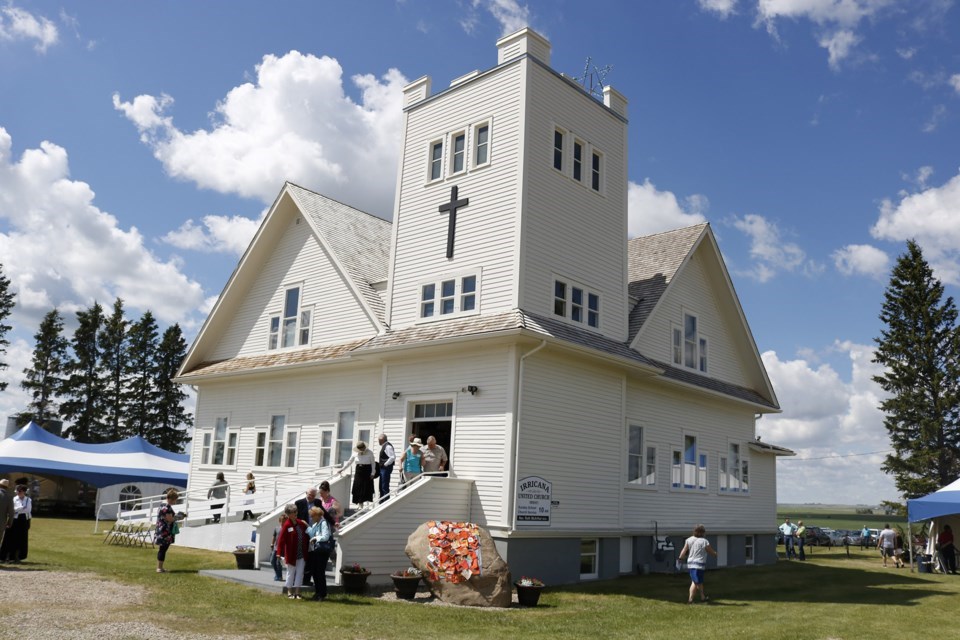 “What people like about the church is the church building itself – it’s a beautiful heritage building over 100 years old,” Culp said of the church’s history.

The Brethren were a pacifist group that believed in adult baptism through immersion. The immersion baptismal font, although no longer in use, is currently located under the pulpit area in the church.

“The site for the church was chosen as it was a central meeting point for various founding members of the congregation,” read a statement on the church’s website.

Later, a crude building measuring 18 by 30 feet was built at the site – the total cost of lumber at the time was $125. The official organization of the church was established on June 25, 1910, and by 1917 it had grown to include 114 members on the church roll.

“Over the years, two churches were built by the congregation with [the current building] being the final effort and completed in 1919,” the website continued.

Fifty years later in 1969, the congregation voted to join the United Church of Canada, as it became “increasingly difficult” to obtain Brethren ministers from the United States. 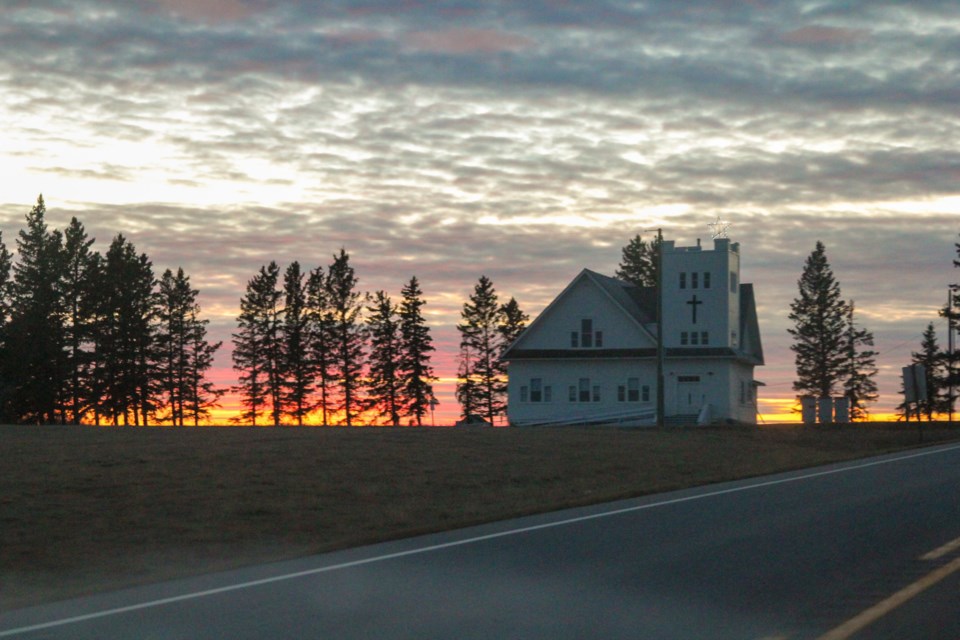 More than 40 years after that, in 2011, the Irricana United Church – located off Highway 567 between Airdrie and Irricana – was designated a provincial heritage resource.

“A lot of the driver [for support] is that building – its history and its location and its meaning to a lot of people,” Culp said of the site’s significance.

According to Culp, the intention of the recent meeting was to gauge what the community wanted from the church going forward, and what they could, in return, offer to the congregation.

“How do we take your gifts and skills and meet the objectives of what you want this church to be for you as a community member?” Culp asked.

He added data gathered at the meeting will be reviewed by the board on an ongoing basis to determine the future of the church.

“It wasn’t money we were after. We were after time and input,” he added. “We’ve done data collection over the last 10 years several times and so I just wanted to broaden the data gathering.”

The chair said the idea for the meeting came after the church minister announced their retirement, further inspired by a loss of church membership following the COVID-19 pandemic. 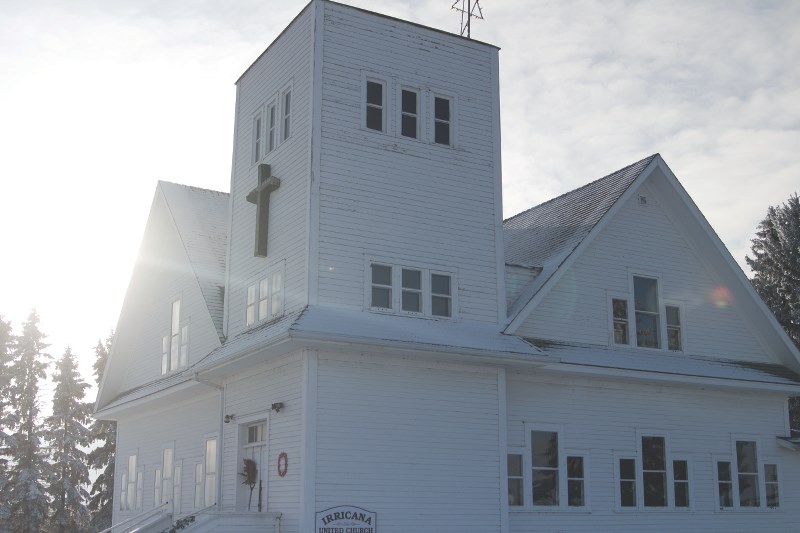 “It was time for us to take a step back and figure out where we want to go – we want to provide a service both to our members and to our community.”

In addition to wanting the church as a continued regular site for spiritual services, Culp said attendees of the Oct. 18 meeting offered suggestions for ways to advance or enhance the use of the church.

“We used to have concerts there and a few things that we haven’t had for a while,” Culp said, adding a suggestion was to lend the site out to local groups and gatherings.

“We do have an AA group and several other small interest groups and bible studies … but [the suggestion was] to expand on that.”

He added the board was happy with the Oct. 18 turnout and mixture of attendees including a wide range of community members such as regular churchgoers, previous congregants, and people who are new to the area.

“I’ve been part of the church for a long time and lots of people in the area will still refer to it as their church even if they hardly ever cross the threshold,” he said.

Culp said even to those who don’t attend the church, the place of worship holds significance.

"In the winter, we have a star on our tower that people really look forward to as basically a sign of safety – a halfway to home,” he said. “They associate that church with their community, especially the rural neighbours.”

The church’s “local, rural setting provides a unique location for worship as well as contemplation, reflection and support,” reads the church’s website.

Long-term, Culp said he would like to see the church sustained in its current location and to continue to serve as a beacon in the community and as a church providing all the services “from cradle to grave,” including baptism and burial.

He said the future could also involve the church reinventing itself in some form or another as it has done in the past.

“I really do see us reinventing ourselves as a more community-focused church,” he said. “It is part of our DNA, that we are a church of change … and we're due for a change again, so we're up for it.

“We’re never going to be a mega-church but I think we are going to morph into a spiritual centre for our community for the next 60 years – this is just another adoption of our church to the times.”