When asked about where she sees herself in five years, Laramey said, “hopefully nursing.”
Jan 23, 2021 11:45 PM By: Jacob Cardinal, Local Journalism Initiative Reporter 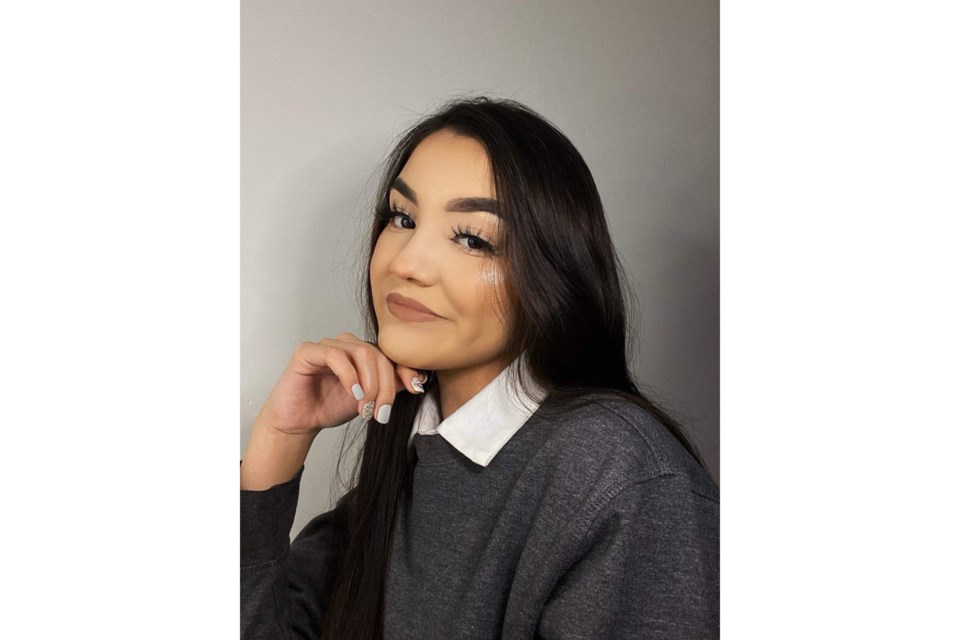 After being contacted personally by Miss Petite Ontario, Keely Wesley, Laramey Cardinal will be representing Saddle Lake on the pageant stage in August 2021. “I wasn’t sure if I wanted to do it at first, but she really encouraged me. She’s reaching out for more [Indigenous] girls to join to competition,” said Cardinal.

The application process for the pageant has been a long one she said, “I had to do an interview over the phone about why I want to represent Canada and all my favourite things about Canada. Then I got accepted and now I have to pay entrance fee for my shawl.”

“Then I’ll be going for a week in Toronto. I believe the first few days will be training – how to walk in heels, that kind of thing – you don’t need experience to join.”

When asked about whether or not she will dance salsa, Cardinal said “Yes.”

However, a career in pageantry is not Miss Cardinal’s long-term goal. “Pageantry is just a hobby right now. I’m currently enrolled in college working towards my nursing degree. I’m just finishing my first semester at Portage College in Cold Lake.”

When asked about where she sees herself in five years, Laramey said, “hopefully nursing.”

“My biggest inspiration growing up was my older sister. She travelled all over the world to go help other countries – like she went to Africa to build an orphanage and to Nicaragua,” Cardinal said, and her inspirations can be seen in her interest in humanitarian goals.

“I would like to bring recognition to the Indigenous communities to start initiatives that will set up regulations that protect people regardless of their ethnic background. A lot of our people are failed by the healthcare system and it’s a really tough subject for me,” Laramey said.

“A lot of our people get very poor treatment when they go to hospitals. Some people don’t like going to hospitals because of their colour.”

Winning the pageant is only one of the very many ambitions that Miss Cardinal has for the future. Her self-confidence should help pave the way.

When asked whether or not she thinks she will win, Cardinal responded with, “Yeah, I hope so.”