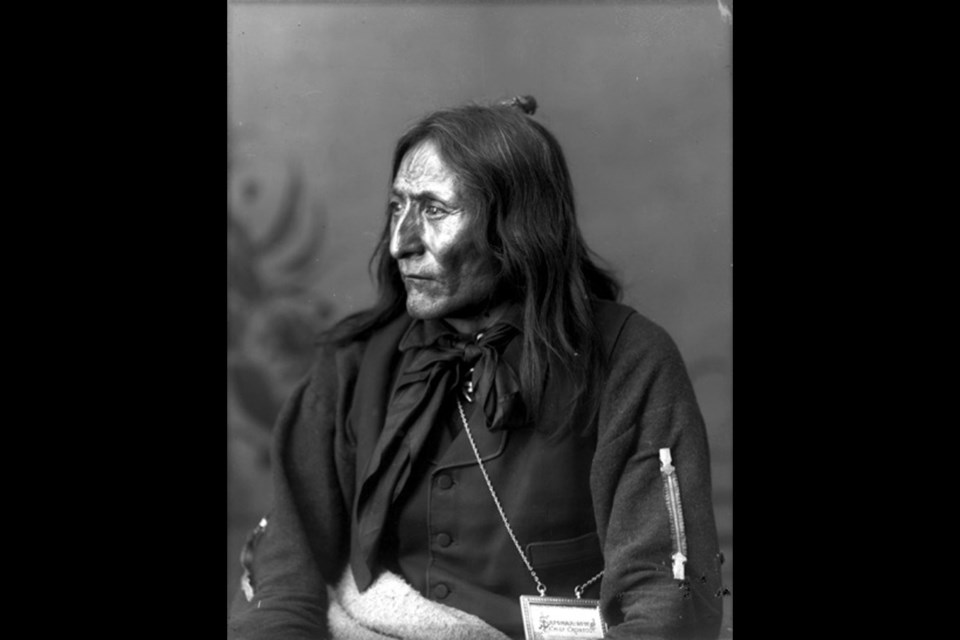 Photographic portrait of Crowfoot, Head Chief of the Blackfoot from Provincial Archives of Alberta and Library and Archives Canada/Alex Ross

A former chief of Siksika Nation and Blackfoot leader, Isapo-muxika, is one of several historical figures under consideration to be featured on the Bank of Canada’s new $5 bill.

Eight shortlisted candidates are being considered for the new note selected from a list of 600 eligible nominees from a six-week public consultation process that ended March 11, 2020. Over 45,000 Canadians participated in the process.

Isapo-muxika or Sahpo Muxika, known more commonly as Crowfoot, was born circa 1830 near Belly River, Alta. and died April 25, 1890 near Blackfoot Crossing. Crowfoot was a leader of the Blackfoot Confederacy and known for his judicious use of diplomacy, and for being an advocate for peace between Indigenous nations and with settlers. He was instrumental in the Treaty 7 negotiations, and in preventing the Blackfoot Confederacy from participating in the North-West Resistance of 1885. Later in life, he also fostered peace with neighbouring Indigenous peoples.

The list will be submitted for consideration to the Minister of Finance. Each candidate will be judged on enacting positive change, being a national icon, universality (impacting Canada, reflecting values), uniqueness, and relevancy.

The selected candidate will be announced in early 2021.