The solar farm project was completed on time and under budget, with funding backed by federal and provincial grants totalling $7.8 million.
Nov 24, 2020 9:15 AM By: Sarah Williscraft, Local Journalism Initiative Reporter 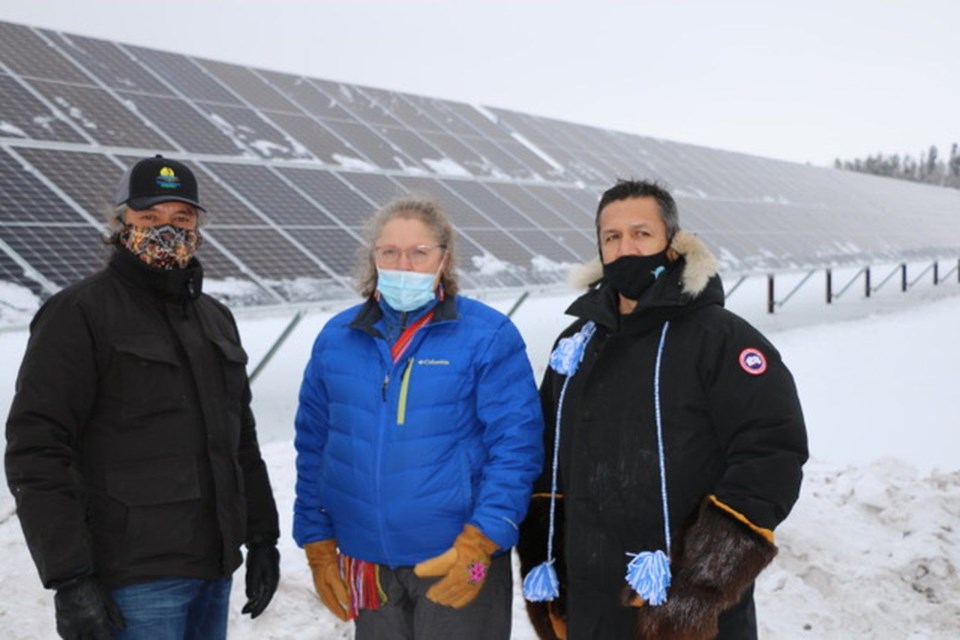 Fort Chipewyan has officially opened a solar farm designed to reduce the community’s reliance on a single diesel plant for power. The 6,000-panel project is designed to provide up to 25 per cent of the community’s power annually, saving 800,000 liters of diesel fuel annually and cutting greenhouse gas emissions by 2,170 tonnes.

The project was founded by Three Nations Energy (3NE), which is a partnership between the Athabasca Chipewyan First Nation (ACFN), Mikisew Cree First Nation (MCFN) and Fort Chipewyan Métis Association.

“It’s brought the community closer, that’s nice to see,” said Jason Schulz, 3NE board member for ACFN, in a Tuesday interview. “It’s probably a textbook example of things to come for other remote communities.”

A ribbon cutting ceremony was held at the solar farm on Tuesday afternoon, with nearly 30 people in attendance. Schulz said it was a tight crowd that included community leaders, ATCO employees, and councillors Bruce Inglis and Claris Voyageur.

The solar farm project was completed on time and under budget, with funding backed by federal and provincial grants totalling $7.8 million.

“This is a testament to what First Nations and Métis people can do when they band together,” said Kelly Piche, treasurer and board member of 3NE, in a Tuesday interview. “We’re changing lives and securing our legacy for a future generation in terms of energy efficiency.”

Fort Chipewyan is not connected to Alberta’s broader electrical grid and does not have a diesel pipeline linking the community’s power plant to the rest of the province. When the winter road opens, trucks begin delivering five million litres of fuel to power the plant until next winter.

This increases the risk of an accident on the road or in the community, and also raises environmental issues. There are also logistical problems with the winter road, as the timeline for heavy loads depends on temperatures.

The solar farm project is expected to be fully running by the end of the year, with 3NE using the cost savings to add another 400 solar panels to the farm. ATCO will distribute power through the local electrical grid. Roughly 15 per cent of revenue from the solar farm will go towards community education programs, including green energy programs for youth.

“It goes back to our roots as caregivers of the land,” said Piche, who is Métis. “It’s important to educate everyone and make sure they know these options are out there.”

Schulz hopes this project will act as a catalyst for future green energy projects in Fort Chipewyan.

“This builds the capacity of our own tradespeople, workers, and contractors to participate in the emerging green energy sector—just as we now play a major role contributing to the success of the fossil fuel industry of Alberta,” said Chief Peter Powder of MCFN in a Wednesday press release.