"So many new people are wanting to get out and fish now due to COVID-19," says A. J. Cochran

Gary Poignant
Aug 11, 2020 7:30 AM
Previous Next
1 / 1 Bob Paterson is all smiles after catching a walleye at Fallis Point on Lake Wabamun. Photo submitted
Expand
Previous Next

The lure of fishing has seen a resurgence this year as COVID-19 prompts more and more Albertans to explore the province's great outdoors.

And while Great West Newspapers is not able to offer an actual fishing guide, we do have seven favourite fishing holes from seven different Albertans to give you a hand in your destination choice.

Here they are, in no particular order:

"The natural shelves and dropoffs make it a perfect spot for the most common species in the lake, walleye," says Bob Paterson of Edmonton. Paterson, who has been fishing for more than 50 years, says "the sheer abundance of walleye in this lake make it virtually impossible to be 'skunked' at any time of the year."

Paterson sets up in his boat in the water about 137 metres southwest of Fallis Point — located near the northwest end of the lake.

"My most successful practice is a jig and minnow almost directly on the bottom," he said. "The abundance of walleye make it an incredible experience for first time or young anglers."

Lake Wabamun, located 68 km west of Edmonton, has been so busy with boat traffic this year that Paterson rarely fishes there on a weekend.

"Great fishing with a lot less pressure. There are fewer people there," says A. J. Cochran, of Grande Prairie, who first dropped a line at Peerless more than 20 years ago.

"There are big lake trout, walleye and pike," he says of the lake, located about 419 km northeast of Grande Prairie.

Cochran, who drives there with his wife and four sons, says he uses a deep diving lure on a rod and reel from his 16-foot fibreglass boat

Cochran, 44, has not been able to make the four- to-five-hour drive this summer because he has been so busy at his job at a Grande Prairie outdoor store.

Located 47 km northwest of Sundre, this body of water is No. 1 for Ryan Netzband, 18, of Cochrane.

"First time I went was last year when me and my buddy left at three in the morning and got there for sunrise. We both really like it. We reached our limit on pike both times I've gone," says Netzband.

"It's not busy at all. We use imitation walleye for bait and we stand on the shore and fish with a reel and rod."

Evan Row, 18, of Lethbridge, is keen to make another trek to his favourite spot near the headwaters of the Oldman River.

"The whole area of Racehorse Creek is so nice. The adventure to get there makes it special," says Row, who has fished there numerous times with his dad.

After an-hour-and-45-minute drive to a forestry trunk road 20 km north of Coleman it's a two-and-a-half hour hike to the creek, he said.

"Some people do flyfishing but we usually just go with the rod and reel," says Row. "We've caught cutthroat trout and rainbow trout."

Row, who works at an outdoor store in Lethbridge, says more people than ever are fishing this year.

“People are anxious to get out."

"The lake is spring fed and the water is very clear. We usually catch something everytime we go," says veteran angler Gary Snydmiller, 58, of Camrose.

He first discovered the lake — about 40 km northwest of Athabasca — more than 20 years ago and has returned on a regular basis. He often makes the 275 km drive north to fish the lake, which is stocked with trout by the province.

"It is an all-season fishing area," says Snydmiller, who flyfishes either in his 12-foot aluminum boat or from shore.

He regularly pulls rainbow trout and tiger trout out of the lake, and usually enacts the catch and release technique.

Lake Wabamun, main dock at the Village of Wabamun

"You'll definitely catch something everytime you're there." says Randy Von Bieker, a long-time resident of the village.

Von Bieker, 66, who first fished from the dock as a boy while living in Edmonton, now fishes from the dock with his grandchildren.

"The kids love it. We catch walleye up to 12- to 15-inches long using a frozen minnow bait."

"The views are pretty and the fish bite like crazy," says Sherwood Park's Lisa Stewart of her favourite spot, located about 60 km north of Athabasca.

"You are guaranteed a fish almost every time," says Stewart, adding "we are a catch and release family."

She said they often catch walleye using either minnows or a green pickerel jig for bait.

“COVID has actually brought our family closer together — being out on the boat, catching fish. Because our kids couldn't do anything else, fishing and camping became a weekend tradition and they look forward to it.”

For information on fishing in Alberta go to the provincial government website. 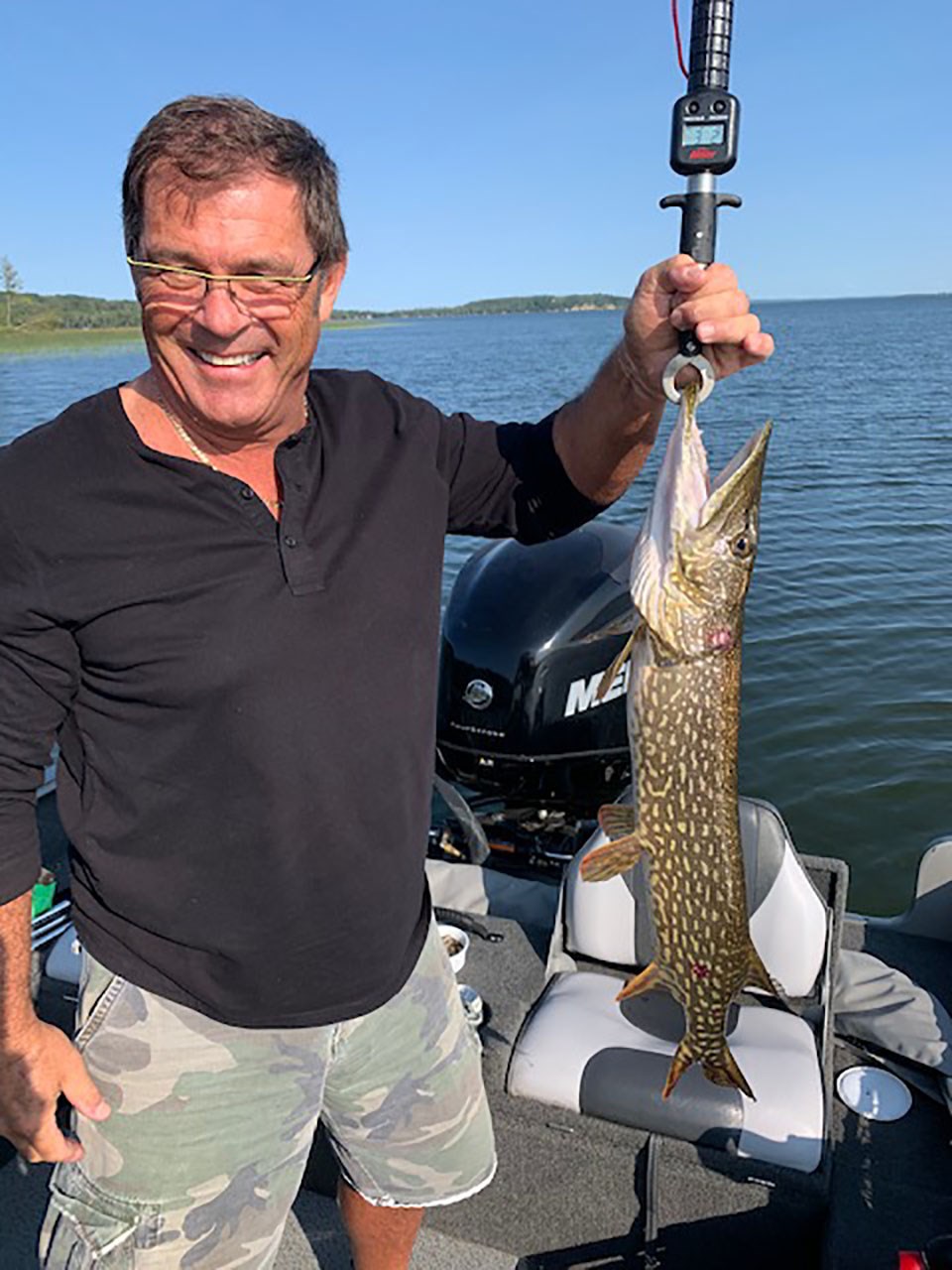 Check out things to do in Southern Alberta