"It is always so peaceful to get out there," said Olympic gold medallist Lori-Ann Muenzer

Cycling has seen a huge resurgence in popularity this year as countless Albertans are joining the two-wheel revolution and its built-in COVID-19 protocols.

For everyone in the expanding world of pedal travel, Great West Newspapers is delivering five favourite rides from five Alberta cyclists. 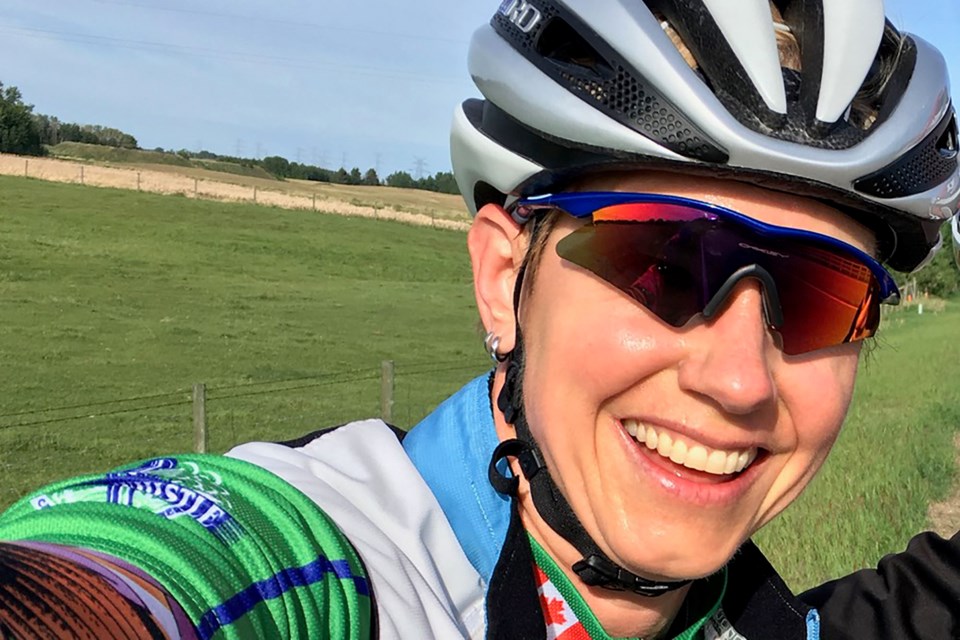 Lori-Ann Muenzer, who won a gold medal in sprint cycling in the 2004 Olympics, enjoys riding on the secondary roads in Strathcona County, just east of Edmonton. Photo supplied.

Lori-Ann Muenzer of Edmonton — who won Canada's first gold medal in cycling at the 2004 Athens Olympics — enjoys a spontaneous trip on her Specialized S-Works bike along the secondary roads of the sprawling county just east of Edmonton.

"I leave my house in Mill Woods and go east towards Strathcona County. It's not a scripted thing. I could go to Josephburg or Redwater or Ardrossan. The county has good, wide shoulders. They also have friendly cars and trucks," said Muenzer, who likes to head out early in the morning and ride for one or two hours.

"I usually ride by myself but sometimes I go with a really good buddy. It is always so peaceful to get out there," said Muenzer, 54. 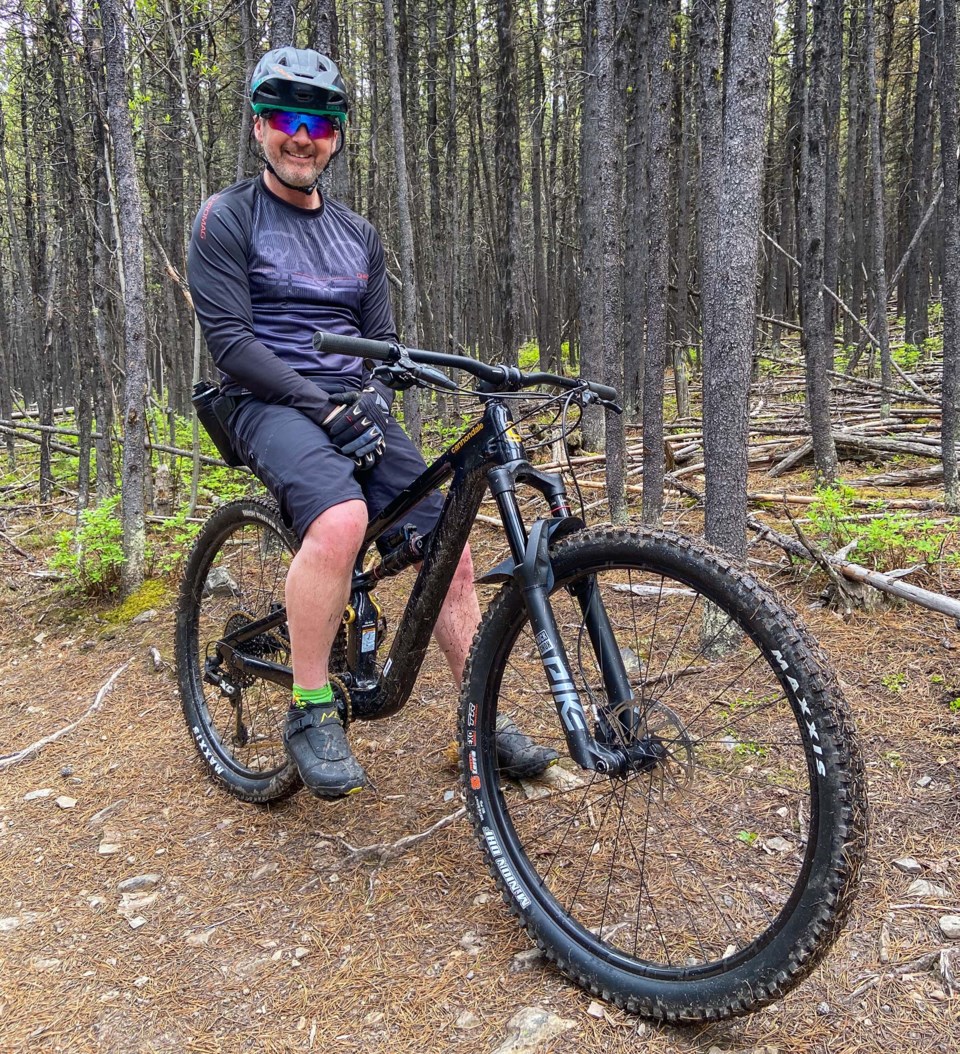 Shane Campbell, 49, of Cochrane tackles this route just west of Bragg Creek about once a week.

"It is about a 45-minute drive from Cochrane. You go to the West Bragg parking lot just outside Bragg Creek," said Campbell, adding, "It's been like a Walmart parking lot this year.

"If you're in shape you can do it in one hour. I'm not, so it takes me about an hour and a half. It's a good climb up from the parking lot. Near the top there's a stone bench you can take a rest. There is a really nice view up there," said Campbell, who rides a Habit-2 11-speed mountain bike.

The trip from the top is a "nice, flowing downhill" that can be challenging, depending on one's speed. He quipped, "I have scared myself."

"It really is for everybody and it never is that busy on the trail itself," said Campbell. 'It is good way to clear your head. I love it."

The total circuit is 18 km. 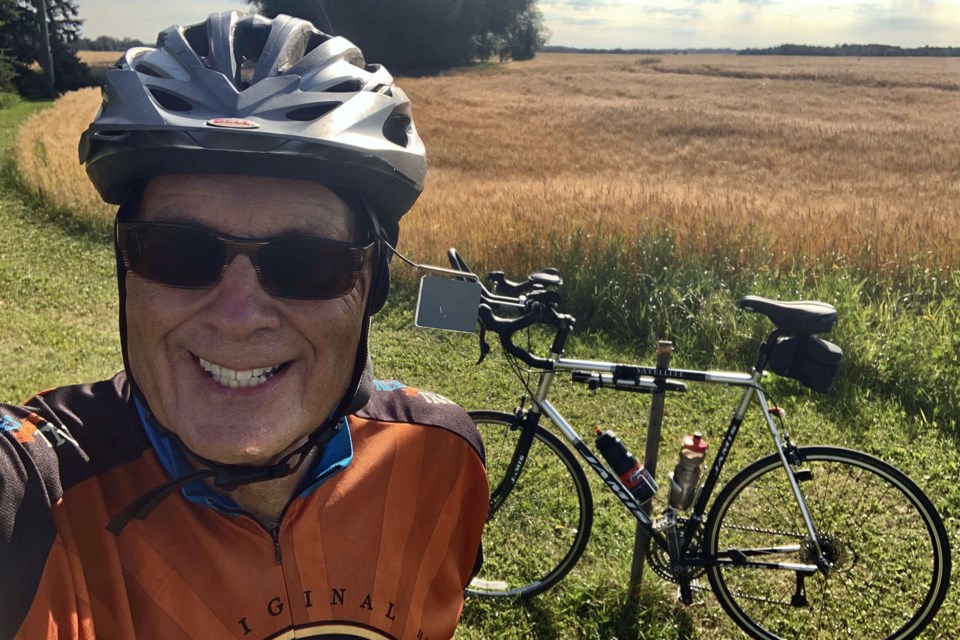 David Hopkins, 67, an Edmonton man who has had both knees replaced, always starts his favourite ride at the family cabin in Mulhurst Bay, near the north end of the lake. He heads out alone on his 27-speed Jamis road bike and "always goes clockwise" on the secondary and township roads around the lake.

"I like to do it early in the morning. Traffic is never very busy," said Hopkins. "It is so scenic as you ride by the canola fields and the wheat fields. You'll also catch glimpses of the lake. It's awesome.

"There are a few steep portions," said Hopkins, who says the 60 km loop takes about two and a half hours.

Hopkins, who first discovered the ride while participating in a charity event eight years ago, says "you can 't go to sleep out there. There are quite a few potholes." (Go to the end of the article to see a Strava map of Hopkins' route.)

George Westwood, 15, of Lethbridge takes his Nordic Optic 12-speed on this ride near Coleman in southern Alberta at least every two weeks. Westwood, who often travels with family or co-workers to the area, says the beginning of the ride is about a 75-minute drive southwest of Lethbridge along Highway 3 near Coleman.

"You park just off the highway, cycle in for 2.4 km and then you head up the trail," said Westwood. "There are alot of big rocks on this ride. It's pretty advanced." He said there is a great view of Crowsnest Mountain near the top of the ride.

Westwood said he usually goes onto other trails during his ride and often spends a couple of hours before riding back to the parking lot.

Ben Roscoe, 47, of Medicine Hat says he has been regularly tackling his favourite 14-km loop in the Cypress Hills Provincial Park for the past four years. He said the ride, which includes about 260 metres of elevation change, “would be considered blue intermediate."

'It is a full-on mountain bike experience. There are some roots and rocks, but no big jumps."

Roscoe, who often travels to the area with friends, said he has never seen the trails as busy as they are this year.

"The number of riders out there this year has doubled." he said.

Here’s a link to a portion of the ride; trailforks.com/trails/mazama-drop

For maps of rides across the province go to bikemap.net 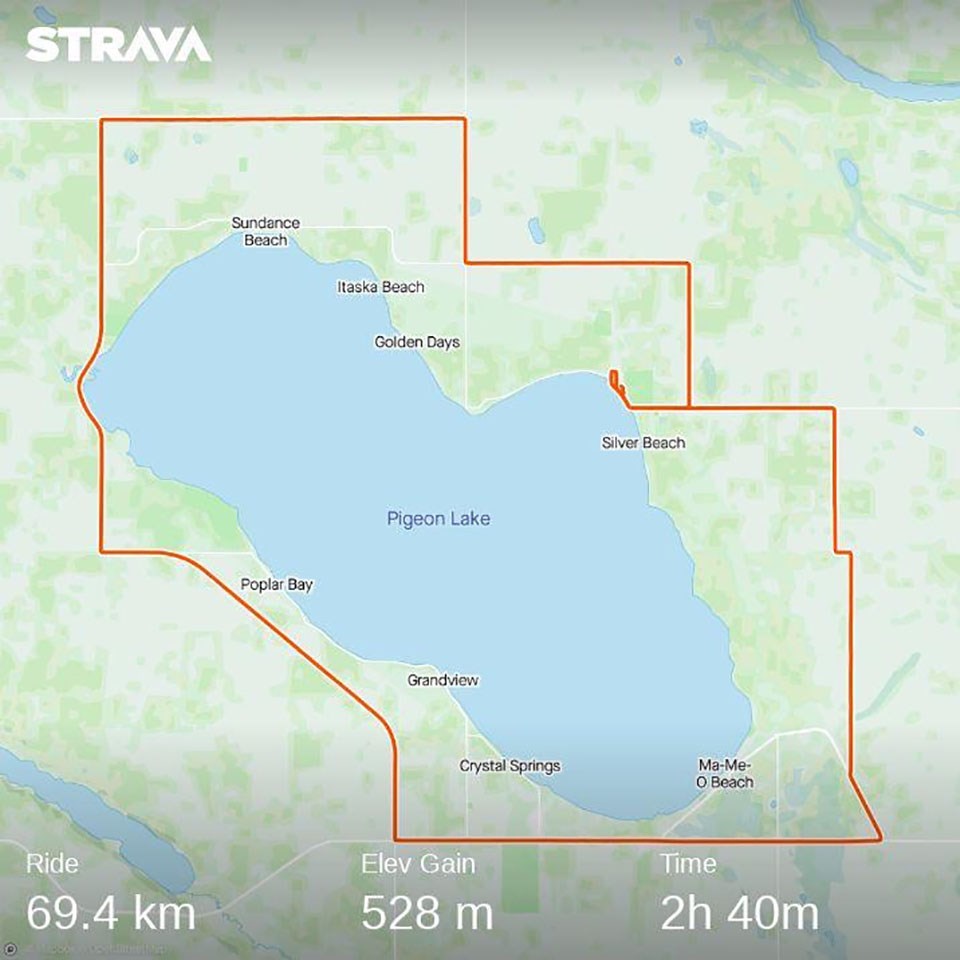 Gary Poignant is a freelance writer and regular contributor to AlbertaPrimeTimes.com. This story was funded by the Facebook Journalism Project Supporting Local News Coverage of COVID-19 Program via the Local Media Foundation.

5 Hidden Natural Gems Around Alberta That Only Locals Know About
Sep 19, 2022 7:00 AM
Comments

Check out things to do in Southern Alberta