Shaun Henderson looked like an average kid in Alberta when he graduated high school. He was 18, played too many video games and wanted a break from school.
Sep 23, 2019 8:00 AM By: Great West Newspapers 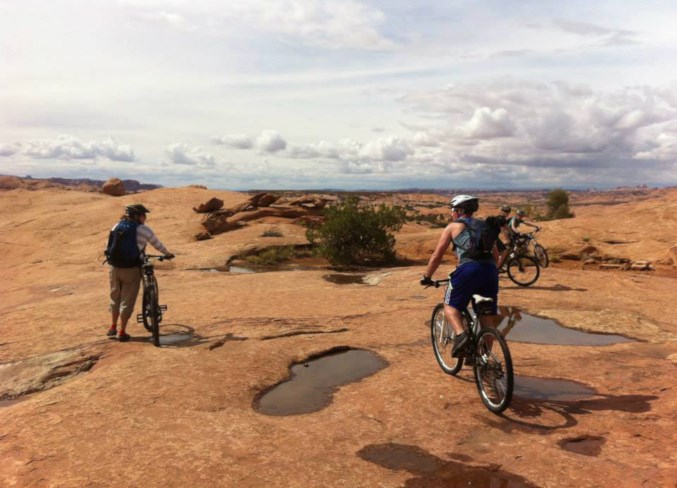 Does this look like school to you? For some students, it is. SHAUN HENDERSON/Photo

Shaun Henderson looked like an average kid in Alberta when he graduated high school. He was 18, played too many video games and wanted a break from school.

Henderson didn’t know what he wanted to do, so he moved to England to become a full-time traveler. His travels led him to play soccer professionally and he worked odd jobs to support his love of exploration. After giving his hard-earned cash to his travel guides, he realized his hobby could become a career.

From enthusiast to professional adventurer

Now a graduate of Mount Royal University, it took Henderson seven years to go back to school to pursue Ecotourism and Outdoor Leadership.

Henderson initially set off to start Canada’s first coasteering company. Coasteering, Henderson says, is basically a mixture of ocean swimming, rock climbing, cliff jumping and caving. But the 2013 floods in Calgary left most of his classmates unemployed—destroyed rivers made outdoor tourism difficult for those getting started in the industry.

There was a sudden realization Henderson needed something more stable if he ever wanted to retire, and a senior-level class made him think about flexing his entrepreneurial muscles.

Reaching for the sky

Facing the realization that he might need to change career paths; Henderson look to the sky for his next adventure—literally.

“Ever since I lived in Europe, I wanted to become a pilot,” Henderson says. “I had a class called Senior Issues in Ecotourism where we had to create our own business model for starting a company.

“My idea was to connect both my education and desire to be a pilot. Our project focused around a business where we flew clients into remote areas on float planes and landed on lakes.”

Now 31, Henderson has a private pilot license and a degree from Mount Royal University—putting him one step closer to realizing his dream. He still needs his commercial license to fly clients into remote areas, but the world of aviation has opened the door to more possibilities.

“Now I want to fly commercially for a major airline company,” Henderson says. “Going through my 20s as a bartender and student didn’t give me many benefits, so the thought of a pension is really calling my name.”

Henderson sees the float plane company as an opportunity after he has more experience flying a wide range of aircraft.

His experience travelling the world and figuring out what life has to offer has taught him to be open-minded and willing to chart multiple paths.

“The advice that 18-year-old Shaun would get from current Shaun is to stop playing so many video games and spend some actual time sitting down and looking at the options out there,” he says. “Look more into scholarships, too.”