Cochrane and area residents can end the year off with a walk or run to raise money for children in Afghanistan. Martin Parnell is organizing his eighth Annual Run/Walk Dec.
Dec 26, 2017 12:00 AM By: Mountain View Gazette Staff 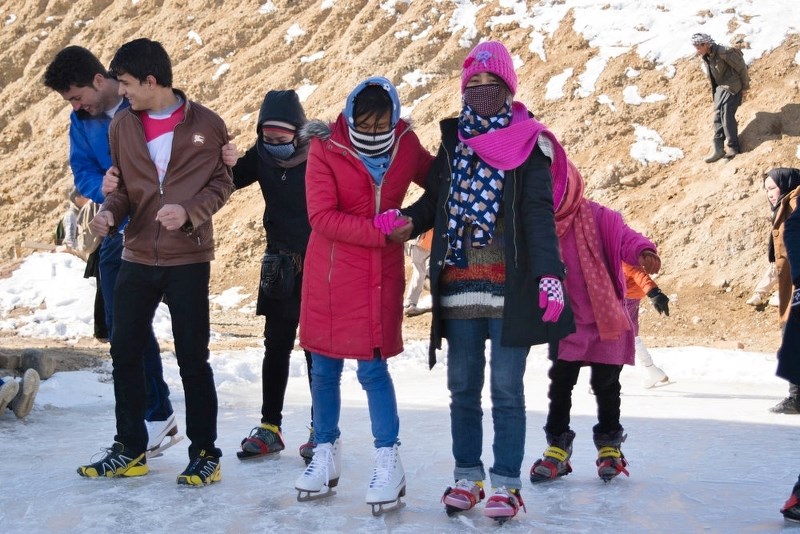 Cochrane and area residents can end the year off with a walk or run to raise money for children in Afghanistan.

Martin Parnell is organizing his eighth Annual Run/Walk Dec. 31 at the Spray Lake Sawmills Family Sports Centre in Cochrane and wants to raise $10,000 to build an ice skating rink for girls in Bamyan, Afghanistan.

Those wanting to register can do so at the event. Registration is by donation. Parnell said a rink was built in Bamyan last year through money provided by the Canadian government.

“But there’s no money this year from the Canadian government so we stepped in and we’re going to try and raise $10,000 and build this ice skating rink in the town of Bamyan,” he said, adding it’s in the foothills of the mountains and has similar winters to Canada.

An organization called Canadian Women for Women in Afghanistan is supplying a five-person band to play Afghan music throughout the day and there will also be Afghan dancing and Afghan tea and products for sale.

Parnell said he started the event after running 250 marathons in 2010 – his last one being at the Spray Lake Sawmills Family Sports Centre.

“I wanted to continue the tradition so that’s why I picked Dec. 31 every year since then to repeat that kind of final marathon,” he said, adding the event usually attracts people from Cochrane, Calgary and Airdrie, but everyone is welcome.

“It’s a lovely family day because you can do what you want. If you want to just do two km you can walk two km and then come back in and have a hot chocolate. We have cookies supplied, we have tea. And this year there will be lots of entertainment as well.”

Those who are unable to attend but would still like to make a donation can do so online through crowdrise.com and searching “Martin Parnell”.