Poor Nameless Boy, the stage name of Regina-based musician Joel Henderson, will bring his thoughtfully-crafted songs to the stage at the Bragg Creek Community Centre May 4.
Apr 30, 2019 12:01 AM By: Ben Sherick 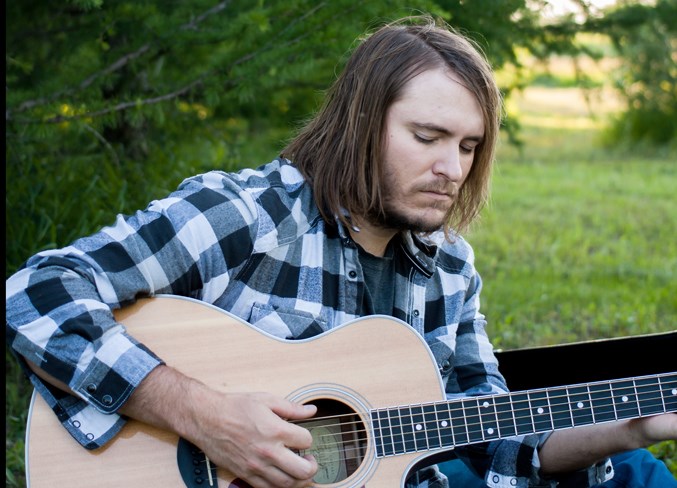 Poor Nameless Boy will conclude his western Canada tour with a performance at the Bragg Creek Community Centre.

UPDATE: In an email dated May 2, the Rocky View Weekly was informed the Poor Nameless Boy show scheduled for May 4 had been cancelled.

Poor Nameless Boy, the stage name of Regina-based musician Joel Henderson, will bring his thoughtfully-crafted songs to the stage at the Bragg Creek Community Centre May 4.

The Bragg Creek show is the final stop on Poor Nameless Boy’s current western Canada tour behind the release of a new six-song EP, Wake Up Call, which came out March 29. Henderson said the EP follows up on the unanticipated success of his 2016 album Bravery, which opened several doors for him to advance in the music industry.

“This six song EP was almost a response,” he said. “Almost a challenge to myself in the sense of, I just want to continue to write different songs of all shapes and sizes. I think songs are powerful, and I love being a part of that world.”

So far, audiences in Saskatchewan, Alberta and British Columbia have been receptive to the new music, Henderson added.

“You never know how people are going to respond to stuff,” he said. “It’s been really wonderful, being able to share the songs and the stories that I’ve accumulated throughout Canada.”

While Poor Nameless Boy has, in the past, toured in several formations – as a solo acoustic act and accompanied solely by a violinist – Henderson said the current tour features a full, four-piece band. Therefore, audiences will hear Poor Nameless Boy’s music very close to what they’d find if they listened on Spotify or CBC Radio.

His shows tend to be more subdued and intimate affairs, Henderson said, ideal for audiences to sit with his lyrics while the music washes over them.

“I used to call it bubble bath music, in the sense that it’s a bit deeper, but it’s just mellow,” Henderson said. “It’s warm, and it’s really nice to sit in a comfortable place.”

The singer-songwriter describes his music as “a full, rich, melodic sound,” drawing on the ‘60s music he grew up listening to and creating a blend of folk and Americana. Comparisons to Noah Gunderson, Gregory Alan Isakov and Donovan Woods are apt, he said.

At the heart of his art, Henderson emphasized, is the songwriting, and he strives to craft music that “tells a story.”

While he’s performed in the area before, this will mark Henderson’s first visit to Bragg Creek. He lauded the community for its well-known support of the arts.

“It’ll be really nice to cap off the western side of things with that show,” Henderson said. “I’ve heard some wonderful things about Bragg Creek…so it should be a really good show, overall.”

Tickets are available online at braggcreekperformingarts.ticketpro.ca at a cost of $30 for adults or $25 for seniors. Doors for the show open at 7:30 p.m.