The New Horizon Mall in Balzac is celebrating its first Christmas since opening last spring with a variety of cultural events.
0
Dec 13, 2018 12:01 AM By: Scott Strasser 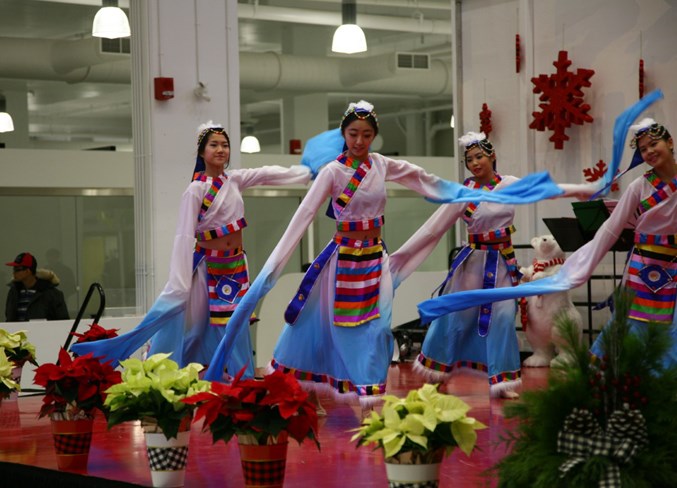 The New Horizon Mall in Balzac is hosting a variety of cultural events each weekend in December.

The New Horizon Mall in Balzac is celebrating its first Christmas since opening last spring with a variety of cultural events. Every Saturday and Sunday throughout December, the Asian-themed shopping mall will host the Christmas Market and Craft Fair with Family Fun, an event which features cultural performances from noon to 4 p.m. According to Denise Cheng, marketing manager with New Horizon Mall, the performances include dancing and singing from various Indian, Chinese, Filipino, Korean and Spanish cultural groups. “We’ll have live bands go up and play music,” she said. “We have cultural dancers. For example, last week, we had an Indian dance school. They had 10 to 15 students that go up on stage and do their cultural dance.” Since New Horizon Mall opened in May 2018, the 320,000-square-foot facility has attracted negative attention due to its high percentage of vacant storefronts. However, according to developers, this doesn't indicate the project has been unsuccessful. Rather than leasing units, the storefronts at New Horizon Mall are sold privately – a model more similar to how condos are bought and sold than how a typical mall operates. Still, in September, visitors to the Asian-themed mall cited the almost-empty shopping centre as a “ghost town.” Cheng said that’s not the case anymore – many new stores have recently opened or will be soon. She said 40 of the roughly 500 available storefronts are now occupied, with another 20 expected to open by the end of December. “People should come in and check us out and see what sort of stores we have,” she said. “We do things differently than traditional malls – we don’t really sell a lot of big, brand-name stuff.” To attract more visitors, the mall has been hosting seasonal events, such as a Moonlight Festival in September and its Fall Festival and Halloween Family Event in October, which included a Kids Play Zone, face painting, a bouncy castle, photo booth, food and beverage booths, and cultural performances. The Christmas Market and Craft Fair with Family Fun, according to Cheng, will also feature a farmers’ market, international food vendors and an art gallery, with paintings on display from artist Char Vanderhorst. To go with the holiday theme, a photo booth with a Christmas-themed backdrop will be available for attendees to take pictures, Cheng said, adding Santa Claus will be there for photos Dec. 15 and 16. The celebrations will run until Dec. 30.