The organizer of an upcoming tradeshow geared towards young families hopes the event will be more than an opportunity to shop, offering new and expectant mothers an opportunity to build community with others in a similar lifestage.
Mar 21, 2019 12:01 AM By: Ben Sherick 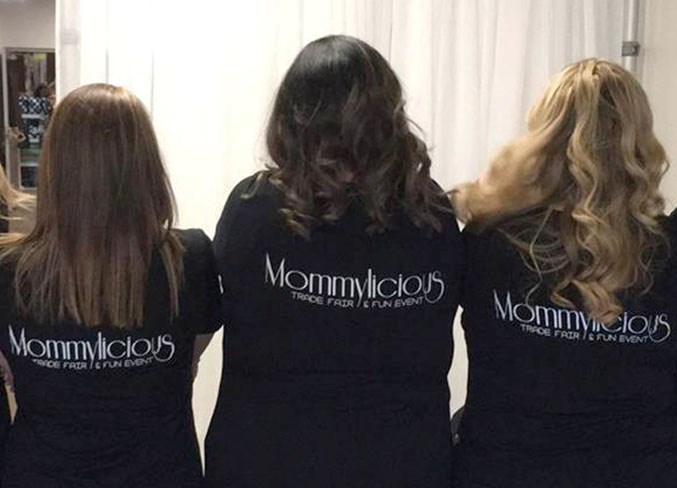 The Mommylicious team is set for an upcoming tradeshow in Airdrie geared towards families March 24. Mommylicious co-owner Allyson Greentree hopes the event will be a way to foster community between new and expectant mothers.

The organizer of an upcoming tradeshow geared towards young families hopes the event will be more than an opportunity to shop, offering new and expectant mothers an opportunity to build community with others in a similar lifestage. As a parent, Allyson Greentree – a co-owner of Mommylicious – said transitioning into motherhood can be challenging. “You become a mama bear…and you want the best for your kids,” she said. “I feel like you kind of start to shut down and shut people out, when becoming a mom is the time that you need to let people in and be open-minded and try new things with new moms and see where those relationships go.” By operating tradeshows like the one taking place at the Town and Country Centre March 24 from 10 a.m. to 4 p.m., Greentree and co-owner Krista Frayn’s goal is to create a community and an event in cities around Alberta where new moms can get out of the house and, if they’re small business owners, showcase their goods. “We actually host them all over Alberta, but Airdrie is extra special because that’s where [Frayn] and I are from,” Greentree said. The upcoming tradeshow will mark the third to take place in Airdrie, and will feature around 40 local vendors. “We have vendors like The Little Gym and Wild Minds [Kids Yoga] – they’re promoting fitness for kids,” Greentree said. “We have family photographers…we have women’s clothing vendors. Everything is family focused.” Easter-themed photography sessions, mascots and face painting will make the event fun for the whole family, Greentree added. “Mommylicious is a great way to get out,” she said. “There’s no pressure sales there, you just get to come and check out what is in our community and all the amazing small businesses we have in our community and, of course, throw some fun in there.” As in past years, tradeshow sponsor Alberta Transportation and Car Seat Techs of Alberta will have a booth dedicated to promoting car-seat safety. Greentree said Mommylicious is excited to help raise awareness about the importance of proper car-seat installation. “I think there’s a lot of myths and I think there’s a lot of unknowns,” she said. “Every car is different – when you install a car seat in one vehicle, it’s not how you install it in the next, and people just don’t know.” Mommylicious has also partnered with Community Links this year, Greentree said, and for the first time, the tradeshow will charge a $5 admission, with $2 going to support the local organization. Greentree said Mommylicious chose to partner with Community Links because of the work it does in Airdrie and the surrounding region through programs geared towards families. “I remember when my kids were small, I would go to the library or Community Links classes and that was…my freedom,” Greentree said. “It’s how I got out. It’s kind of how I became myself again.”