Two short stories written by an Airdrie author have been published in two anthologies featuring 50-plus Christmas stories written by Canadian writers. Tandy Balson will be hosting a book launch at Where Memories are Made on 2nd Avenue in Airdrie Oct.
Oct 26, 2017 12:00 AM By: Mountain View Gazette Staff 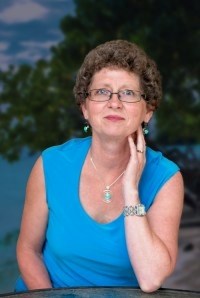 Airdrie author Tandy Balson is hosting a book launch in Airdrie Oct. 28 for two Christmas anthologies she was recently published in.

Tandy Balson will be hosting a book launch at Where Memories are Made on 2nd Avenue in Airdrie Oct. 28 for the anthologies – Christmas With Hot Apple Cider and Christmas Stories and More.

Her story that’s published in Christmas Stories and More is about childhood Christmas memories, she said.

“Most peoples’ recollections or memories of Christmas as a child are bright-coloured lights and shiny packages and things like that, but one of my fondest memories is orange-coloured. And I’ll leave it at that,” she said. “The other one, in Christmas With Hot Apple Cider, is how difficult it was to come up with a gift for a mother in her 70s who had everything and didn’t need anything, and the year that I came up with the perfect gift.”

She wouldn’t say what the gift was, but said it honoured the mother’s past and present and didn’t take up space in her home.

The anthologies include fiction and non-fiction stories, poetry, photography and even some recipes in Christmas Stories and More, which was released at the end of September. Christmas With Hot Apple Cider was released Oct. 1 and has been a top seller on Amazon.

The books retail at $20 and Balson said they are for anyone who enjoys Christmas.

She started writing five years ago at age 58 and has published two books about short inspirational stories in the last three years – Inspirations From The Everyday and Dragonflies, Snowdrifts & Spice Cake. This is the first time she has been published in an anthology.

“I want people to know that you don’t have to start this real young. So many people have stories that are worth sharing,” she said. “I was in a quiet area and I seemed to be getting inspiration from my surroundings.”

The book launch will be held from 2 to 4 p.m. and there will be hot apple cider and prizes for attendees. Signed copies of the anthologies will be available to purchase. Balson said they would make great Christmas gifts.

“People love Christmas stories and there’s quite a variety in there,” she said.

For more information about Balson and her stories, visit timewithtandy.com