A musical Springbank family will be showcasing local talent at the fourth Country Night Live, an evening of entertainment hosted March 9 at the Calgary Petroleum Club.
Feb 27, 2018 12:00 AM By: Jessi Gowan 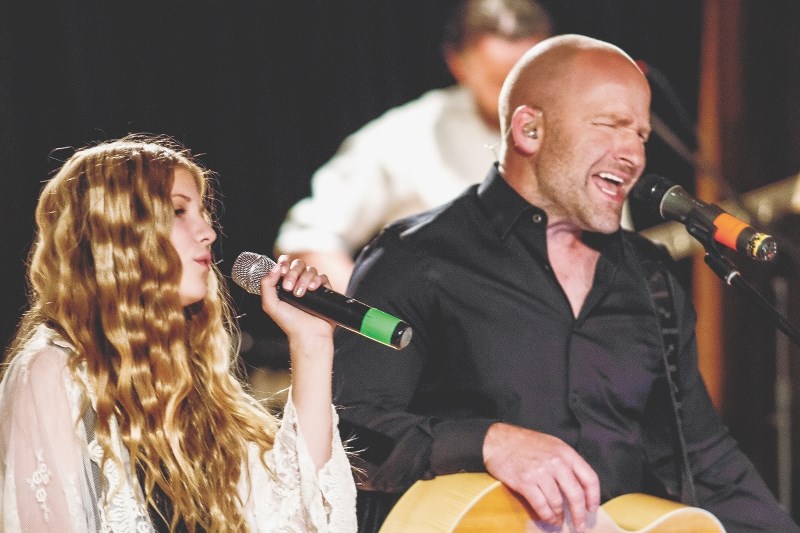 Springbank&#8217;s Shane Harluk and his daughter Jennie will be performing together March 9 at Country Night Live.

A musical Springbank family will be showcasing local talent at the fourth Country Night Live, an evening of entertainment hosted March 9 at the Calgary Petroleum Club. After an opening set by Calgary singer-songwriter Troy Kokol, the stage will be shared by Shane Harluk and his daughter, Jennie.

“This event was born out of the idea of wanting to provide an opportunity for people to go out as a family for dinner and drinks and live music,” said Jennie’s mother, Shauna Hawryluk. “We wanted to create an atmosphere that was almost like going to a family wedding, where the kids can get up and dance and everyone can have fun together.”

This atmosphere has always been a part of family life for the Hawryluks, she said. According to Hawryluk, Shane’s lifelong passion for music was put on hold when the couple married young and started a family – but over the past eight years, he’s been more focused on writing and recording his own songs.

Around the same time, Hawryluk said they noticed their oldest daughter, Jennie, seemed to have inherited her parents’ love for country music – and her father’s musical talent.

“You hear people say they’ve been singing since they were two, and you kind of wonder how much truth there is to that,” Hawryluk said. “But I really think it’s true, you could just tell right away that she could sing.”

Jennie was taking voice lessons in Springbank by the time she was nine years old, and after Hawryluk watched her perform in her school’s talent show the next year, she said she knew her daughter needed to be onstage. When Jennie was 11, in 2014, she auditioned for and became a Young Canadian with the Calgary Stampede.

“That was a fantastic experience for her, being part of the grandstand show with that large group, but we only did that for one year – we thought we could pursue her individual talents a little bit better if we had more time,” Hawryluk said.

Since then, Jennie has performed consistently throughout the area. Her single, “Kissing Tree,” has been picked up by more than 20 radio stations across Canada, but Hawryluk said Jennie’s more recent recordings are seeing her explore genres like singer-songwriter and pop.

“Jennie’s voice is naturally country, but we’re allowing her room to grow – wherever she decides to go with her music is fine,” Hawryluk said. “But country is Shane’s love, and Country Night Live was born out of that love of country music and family.”

No matter what genre Jennie pursues, Hawryluk said Dad will be there to help. According to Hawryluk, the father and daughter team regularly provide backup vocals on each other’s songs – as well as write together, rehearse together and record together.

“They’re naturally in tune to each other, and they’re very similar in their personalities,” she said. “I think they just kind of understand each other and where the other wants to go. I think they are probably each other’s favourite writing partner.”

The pair will be performing both individually and as a duo March 9 at Country Night Live. Tickets for the show are $20 for adults and free for kids ages 16 and under, and can be purchased at countrynightlive.ca

“This whole experience has been really great – a really fun, relaxed thing for our family to do,” Hawryluk said. “We just love music, and we love being able to share it.”