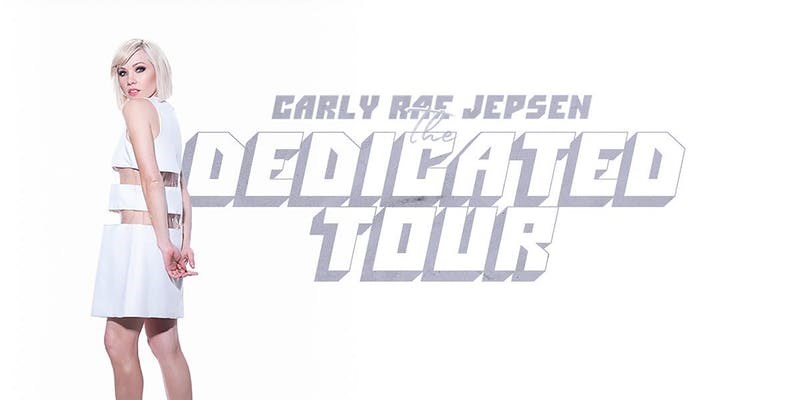 Carly Rae Jepsen is bringing her fresh pop sounds to Calgary on Sept. 4. The pop artist is slated to start her Canadian leg of the Dedicated Tour on Aug. 28 in Vancouver.

She'll play two shows in Vancouver before heading to Calgary for her first Alberta show on Sept. 4 at MacEwan Hall. Jepsen will head to Edmonton on Sept. 5 for a night at Winspear Centre.

Jepsen is starting a North American tour June 27 in Anaheim to support Dedicated, her first album since 2015's E•MO•TION.

Presale tickets go on sale tomorrow at 10 a.m., and general public sales start May 31. Tickets for the Edmonton show can be purchased here, and Calgary tickets are available here.

September 14 – Toronto, ON – Sony Centre for the Performing Arts

September 18 – Kitchener, ON – Centre in the Square