Beiseker the future home of craft brewing and malt operation

Good news is on tap for the Village of Beiseker following the announcement that the community will be the future home of a craft brewing and malt operation. During the village council meeting on Dec.
Dec 19, 2016 12:00 AM By: Airdrie Today Staff 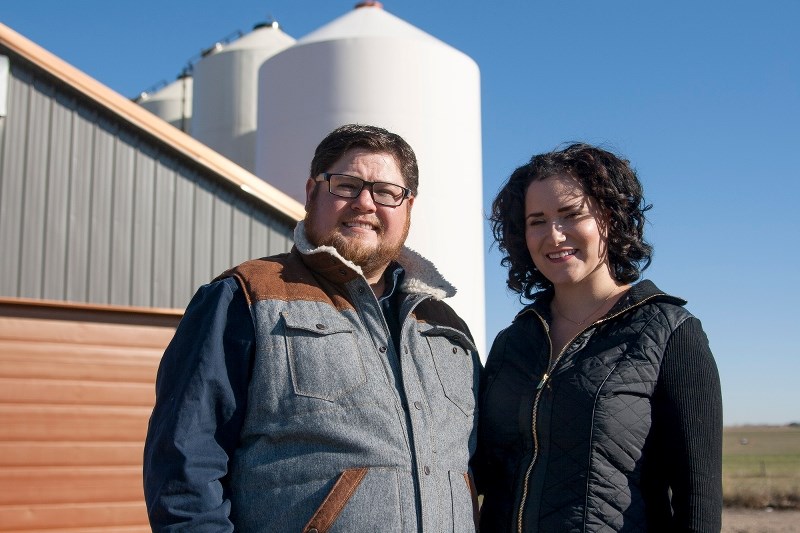 Christopher and Jessica Fasoli are moving Hobo Malt, a custom-built malt house on their homestead outside of Irricana, to a facility in Beiseker and expanding it into a crafter brewery to be known as Hobo Brewing and Malt.

Good news is on tap for the Village of Beiseker following the announcement that the community will be the future home of a craft brewing and malt operation.

During the village council meeting on Dec. 12, Christopher Fasoli and his wife Jessica presented their plan to relocate Hobo Malt, a custom-built malting business located on their homestead outside of Irricana, to Beiseker and develop it into Hobo Brewing and Malt.

“Malting is fun, but brewing is really fun,” he said.

With plans to hire a professional brewmaster, he said Hobo Brewing and Malt would produce 1 million litres of beer annually when at full capacity.

While other craft breweries focus mainly on “off-the-wall” specialty brews, Fasoli said his operation would dedicate two thirds of its capacity towards creating unique takes on traditional lagers and pilsners.

“It’s your good, clean, crisp drinking beer with a little more flavour than you’d get from the ‘big box’ beer guys,” he said.

With plans to stay heavily invested in the malting side of the business, Fasoli said the new facility, located at 11 Lampson Avenue in Beisker, has the potential to double its current malt output.

He said he will use as much locally sourced barley as he can, and hopes to highlight how close the ingredients of the malt were grown in relation to Beiseker with each brew.

In a perfect world, Fasoli said he would like to be brewing by the next Calgary Stampede, though admitted October 2017 seemed like a more reasonable date.

“You have to set a target whether it’s realistic or not,” he said.

Hoping to turn Hobo Brewing and Malt into a destination location for brewery tours and tastings, Fasoli said he presented the proposal to council as an opportunity not just for Beiseker but the surrounding region as well.

With plans to hire 15 full-time staff and numerous part time employees when operating at full capacity, he said he would like to have those faces be as local as possible.

“I’m all about local and supporting the communities I live in,” Fasoli said.

Beiseker Mayor Ray Courtman, who has recently voiced concern about the closure of a few businesses along Main Street this past summer, said Hobo Brewing and Malt is just the kind of “off-the-track” entrepreneurial endeavour the community needed.

When he travels with his wife, they often look for local breweries to tour and end up staying longer in the town because of it, he said.

“It really promotes the community and gets people to stay a little longer,” Courtman said. “I was really pleased that they chose Beiseker.

“This is exactly the kind of thing this area needs.”

To learn more about Hobo Malt or to read updates on the transition to Hobo Brewing and Malt, visit hobomalt.ca