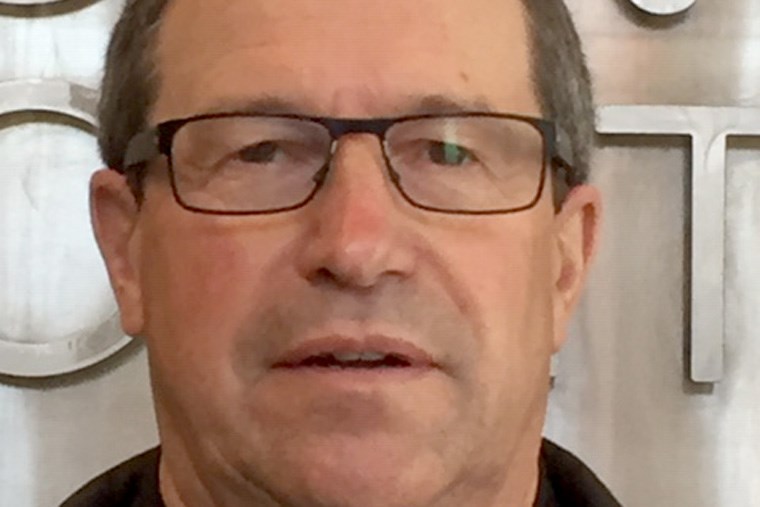 Congratulations to the winner of the World Women's Championship 50/50 Raffle for Sunday, May 2, 2021

It has been an unusual couple of days at the LGT World Women’s Curling Championship, with the cancellation of live broadcasts. We may not be able to see all the action captured on our television screens, but games are still being played, big moments like Team Switzerland’s eight-ender or Team Italy winning their first game are being celebrated, and struggles are being overcome. In the midst of all of it, Curling Alberta’s 50/50 raffle continues to attract curling fans even from ice level at the Markin MacPhail Centre. Congratulations to Sunday’s winner, Tom McPhee, who holds the winning ticket for $5,120.

Right in the heart of Calgary’s bubble, Tom is one of the hardworking umpires

who took a few moments following the morning draw to share a little bit of his story. Tom and his sons live on the family farm his grandfather homesteaded in 1905 in Vermillion. He used to work as the ice technician at the Vermillion Curling Club for eight years and continues curling there in both the Men’s and competitive Super League. On top of his recreational curling pursuits, Tom also works an umpire for Curling Alberta, traveling around the province wherever he is needed. In the summer, he can be found playing slow pitch tournaments with his team.

Tom and a group of friends have been going in on 50/50 tickets and are pretty excited about their big win, but the celebrating will have to wait. For now, he has to get back to work with the next draw about to get underway.

Congratulations and thank you Tom, for doing so much to support our sport. A huge thank you as well, to everyone that has bought tickets in Curling Alberta’s 50/50 raffle. From the five-sheet rink in Vermillion to the larger curling centres, proceeds from 50/50 ticket sales will help build a significant legacy for our sport and allow local curling communities to emerge stronger than ever.

50/50 tickets are available each game day of the LGT World Women’s Curling Championship. Tickets can be purchased from 9:00 AM – 10:00 PM MT Buy Your Tickets Here!

SPONSORED CONTENT: This content is made possible by our Sponsor; it was produced by GWM Content Studio, Great West Media's commercial content division, on behalf of Curling Alberta. It is not written by and does not necessarily reflect the views of the editorial staff.