The Woodside Seniors Club, like many other local organizations, continues to struggle during the COVID-19 pandemic. “We are suffering,” said Ron Wesner, president of the club’s board.
Nov 17, 2020 4:00 PM By: Jordan Stricker 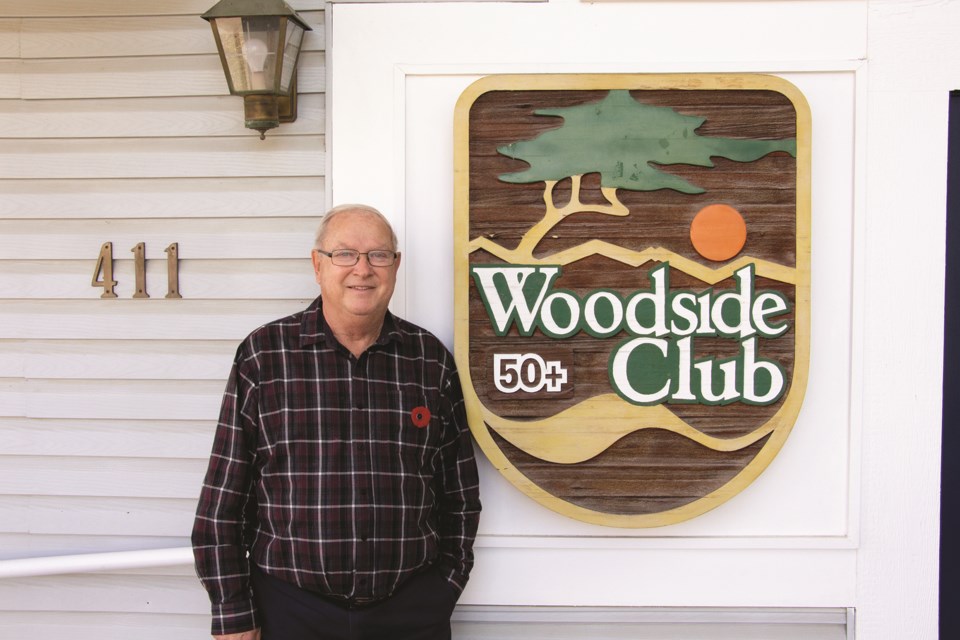 Ron Wesner, president of the Woodside Seniors Club board, said the club is currently closed with no concrete plans to reopen. Photo by Jordan Stricker/Airdrie City View

The Woodside Seniors Club made the decision to close after additional COVID-19 restrictions were implemented by the Alberta government Nov. 12.

"We have shut everything down," said Ron Wesner, president of the club’s board. "Our number one priority is the safety and health of our members. It would be a terrible thing if someone contracted the virus."

Wesner stressed the decision to close means there will be no income for the club, which makes its money through membership fees and hall rentals.

The volunteer-run club has been a fixture in Airdrie for decades. According to Wesner, the club’s membership has traditionally comprised seniors who reside in the Woodside area. Members could drop in for games of cribbage or bridge, pop in for a coffee on Tuesday morning or partake in a monthly potluck. Wesner said the club would also host big meals for special occasions like Christmas and the Calgary Stampede.

Even before the latest restrictions, Wesner said the club was facing a dire reality.

“We are suffering,” Wesner said in an interview in late October. “The bank account is getting pretty low, and there is nothing in sight as far as income. We are really feeling the pinch here.”

Wesner said the club has been closed to its 93 members since March when the pandemic initially forced shutdowns in Airdrie and across Canada.

“We have tried to conform to the provincial regulations with COVID-19, but there have been no membership activities since then,” Wesner said.

According to Wesner, November and December would normally be the busiest season for the club. Usually, the clubhouse would have constant rentals booked until at least New Year’s celebrations. Before shutting down completely, the clubhouse could only be rented once a week to ensure the facility could be properly sanitized and cleaned.

“As soon as we rent it, we have to disinfect everything,” Wesner said in October. “Say we rent it on a Saturday, we can’t rent it on a Sunday anymore because it is too quick. We need the extra time to ensure we are following all of the guidelines.”

The club also made a significant investment into renovations at the clubhouse this year. The renovations included installing a new ramp, painting the interior, laying new flooring and replacing appliances, the furnace, the air conditioner and the doors. This has given the clubhouse an updated and modern feel, but the renovations are not cheap.

“It is quite a bit of money,” Wesner said.

Wesner said if things keep up this way, they would be out of money within a year.

“I don’t think we have had a rental since March,” Wesner said. “For raising money I don’t know what to do anymore. All of it comes from membership fees and hall rentals.”

Wesner said worst-case scenario, the building would have to be turned over to the City of Airdrie if the club ran out of money.

Wesner said there are no concrete plans or dates as to when the club will reopen, but he and the board continue to monitor developments.

"We just have to sit and wait until, hopefully, things get better," Wesner said. "That could be next week, or that could be in three months, I don't know."