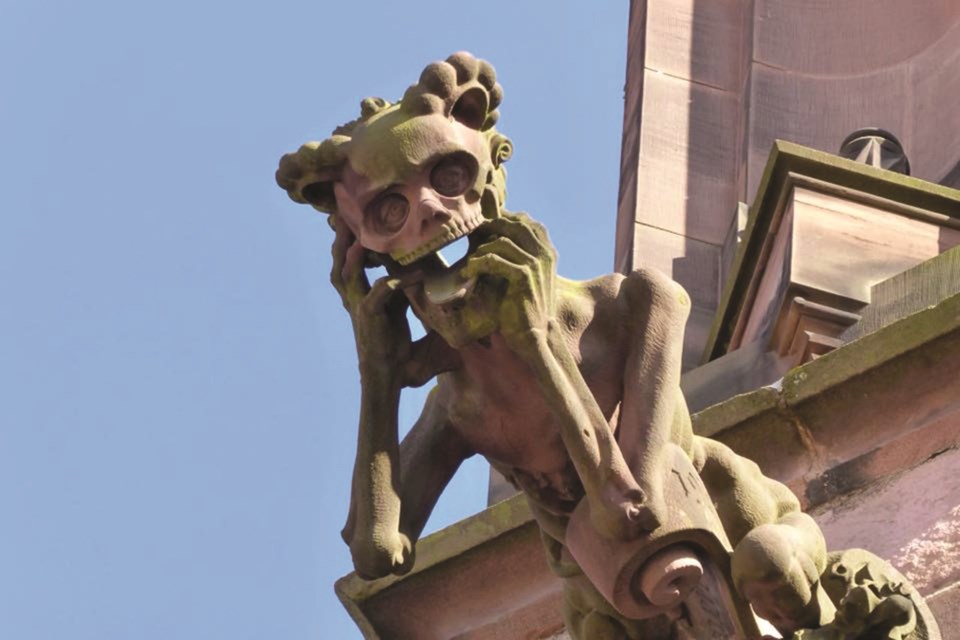 People love being frightened, and your library card opens up a whole world of scare for you. Photo Submitted/For Rocky View Publishing

Halloween comes and goes its spooky way every year, leaving kids “sugared up” and parents (and teachers) glad it’s over.

History tells us the celebration originated with the ancient Celtic festival of Samhain, when people would light bonfires and wear costumes to ward off ghosts.

In the eight century, Pope Gregory III appointed Nov. 1 as a time to honour all saints and, as these things are want to do, All Saints Day somehow merged with Samhain traditions. Eventually, All Saints became known as All Hallows Eve, and then as today’s Halloween extravaganza.

The horror genre, however – which this annual night of little ghouls and goblins asking for a treat has a buddy-buddy relationship with – dates to at least ancient Greece.

Prometheus – a Titan who defied Zeus by stealing fire and giving it to mankind and who was, consequently, eternally punished for his supposed lack of judgment – is credited in part as the inspiration for Mary Shelley’s Frankenstein monster. Shelley’s subtitle for her gothic novel is The Modern Prometheus.

Since the publication of her novel in 1818, Frankenstein and his monster have appeared in hundreds of movies, plays, novels, comics and television programs.

The horror genre is alive and well (pun intended), and here at Airdrie Public Library (APL), you have access to a monstrous collection of spine-chilling junior and adult fiction, nonfiction and movies in the library and online through your free library card.

We’re talking thousands of stories about vampires, werewolves, monsters, the paranormal and much more by the likes of Stephen King, Dean Koontz, Darren Shan, R.L Stine, H.P. Lovecraft and a frightening number of others.

With titles like Tales of Horror, The Shining, Goosebumps and, of course, Frankenstein, let’s face it, as humanity has moved away from the magical thinking of ancient times to a more scientific and rational mindset, we still hold onto this weird desire to have the heebie-jeebies frightened out of us. So, if you’re feeling the need to have your skin crawl, APL’s got your back.

For more information on any of the library’s programs and services, visit airdriepubliclibrary.ca, call 403-948-0600 or drop by the library.