During Transgender Awareness Week Nov. 13 to 20, Airdrie Pride Society hopes to raise awareness about the experience of trans people in the community.
Nov 13, 2020 7:00 AM By: Ben Sherick 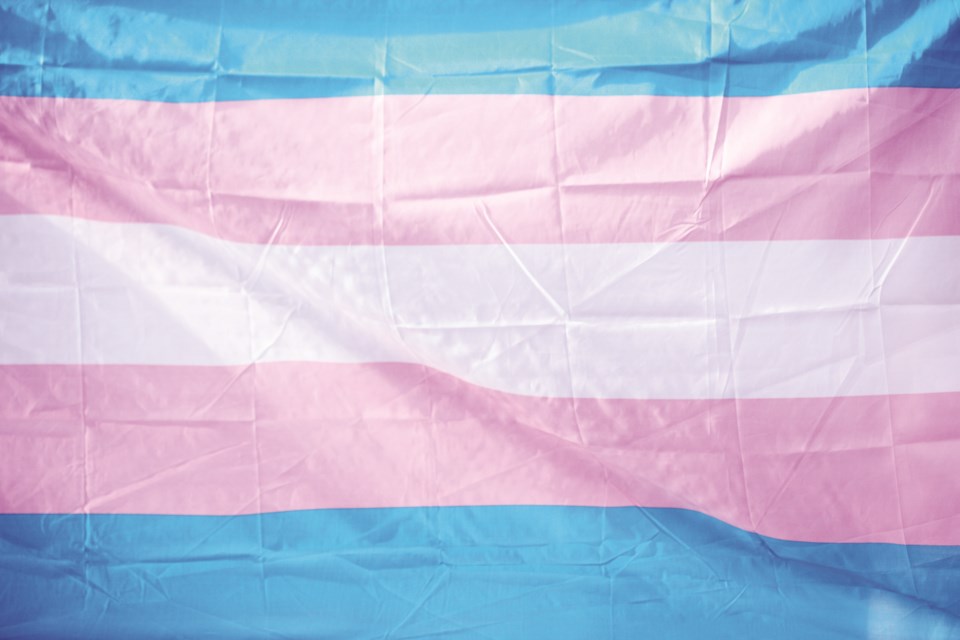 Transgender Awareness Week is being recognized Nov. 13 to 20, and Airdrie Pride Society hopes to use the time to raise awareness about the experience of trans people in the community.

According to Kiersten Mohr, president of Airdrie Pride Society, the week is about bringing attention to the presence of transgender people in Airdrie and educating neighbours about what it means to be transgender by sharing personal experiences.

“[It’s] really about trying to advance the advocacy piece around discrimination and the violence that, quite frankly, affects the transgender community across our country and around the world,” she said.

Mohr said this is an important proclamation, as it provides an institutional acknowledgment that trans people not only live in Airdrie but are welcome in the community.

“Speaking personally…that idea of living in Airdrie for 15 years and that entire time, feeling like my authentic self wasn’t possible in this community – the impact that seeing a flag up or seeing the City recognize something like this would have had on my own experience would have been dramatic,” she said.

Mohr said it is hard to say definitively how many trans people are in Airdrie, but she estimated the number likely reflects national statistics. No matter what the number is, she said trans people do live in the community.

“You can only count the people who are out, and there’s many who aren’t,” she said.

As a trans woman, Mohr said her experience in Airdrie has been relatively positive.

“I always tell people I can count on one hand the number of negative interactions or the number of threatening situations I’ve been in,” she said.

Mohr acknowledged, however, that she is privileged to have a lot of support and knows many trans people do not have the same experience.

“It’s not everywhere else; that challenge is in Alberta and in Canada, that trans individuals are at a disproportionately high risk of violence,” she said. “Trans Awareness Week is about bringing that conversation to the forefront and really work to address and break down some of that prejudice that remains.”

Transgender Awareness Week culminates Nov. 20, which Mohr said is Transgender Day of Remembrance. In recognition of that day, the City of Airdrie will raise the Pride Flag at the old fire hall on Main Street.

“It’s taking a day to recognize all those transgender or gender-diverse individuals who lost their lives around the world because of their gender identities,” she said.

Transgender Awareness Week has a particular significance this year for two reasons. First, Airdrie Pride Society was forced to cancel its planned Pride events this summer, including the second annual solidarity march and Pride festival.

Secondly, Mohr said many in the local LGBTQ2S+ community are still reeling after two incidents of vandalism targeted the rainbow pathway in Nose Creek Regional Park in June.

“When we talk about violence and prejudice and all those things, up until this summer, there was certainly a building momentum of safety and inclusion in the city,” Mohr said. “Unfortunately, with those incidents, that set a lot of people back, including myself. It wasn’t just the words; it was how threatening those incidents were for the community.”

The main message Mohr hopes people take away from Transgender Awareness Week is one of inclusion.

“If we focused on how we were the same instead of focusing so much on how we’re different, the world would be a totally different place,” she said. “When it comes to Trans Awareness Week, I hope people do a little bit of reading, learn a little bit about the community and then taking that even further, be willing to meet people and talk to people and share stories and learn people’s experiences.”

Due to COVID-19, Mohr said public events will likely not take place this year. However, Airdrie Pride Society plans to run an education campaign on social media by posting to its Facebook and Instagram pages.