Students get their hands dirty on RVS' The Farm

After a tumultuous first year, Rocky View Schools’ (RVS) The Farm is back up and running.
Nov 26, 2020 5:45 PM By: Scott Strasser
Previous Next
1 / 1 RVS' The Farm program includes students in grades 9, 10 and 11. Students incorporate many daily chores with farm animals as part of the program.Photo by Scott Strasser/Rocky View Weekly.
Expand
Previous Next

Editor's note: This story was written prior to Premier Jason Kenney's Nov. 24 announcement that students in grades 7 to 12 would be transitioning back to at-home learning Dec. 1. This program is impacted by that directive. If restrictions are lifted, students would return to The Farm Jan. 11.

After a tumultuous first year, Rocky View Schools’ (RVS) The Farm is back up and running.

The alternative education program, which launched in the 2019-20 school year, provides 40 students in grades 9 to 11 the opportunity to learn about agriculture in a hands-on setting and explore a variety of farming practices throughout the school year.

Teachers Mark Turner and Mark Chomistek, who previously collaborated on the school district’s Building Futures – an alternative learning program that tasks Grade 10 students with building a house for a year while they conduct their studies – are The Farm's lead teachers. Turner said the program allows students to see their education through a different lens. 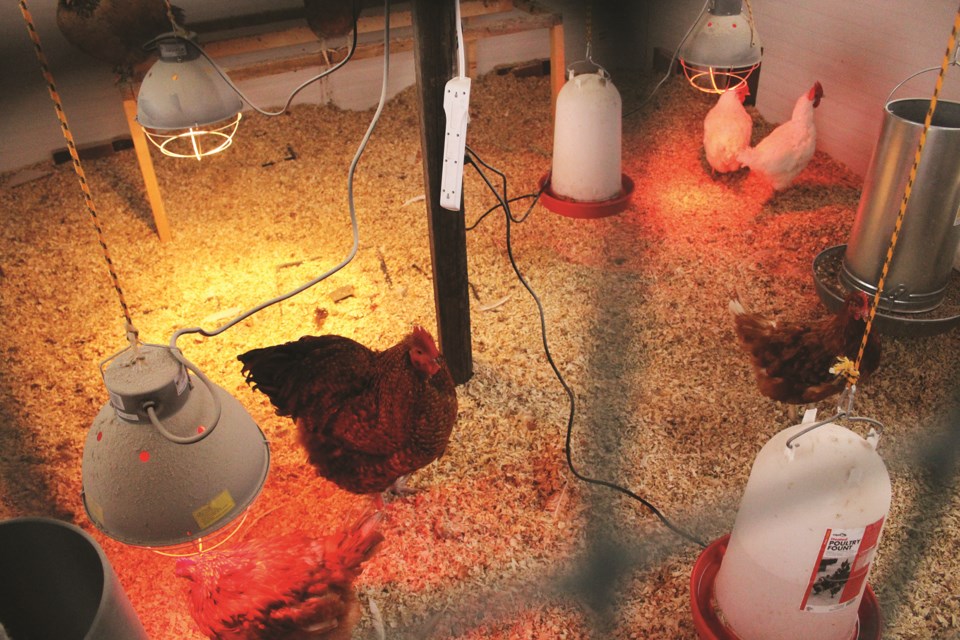 Students work with a variety of farm animals, including goats, pigs, chickens and turkeys. Photo by Scott Strasser/Airdrie City View.

“The Farm, for me, as a teacher, is a time and place where the community comes together to understand what production of food is from a wide variety of angles and to do it through a more place-based learning experience,” Turner said.

According to Turner, The Farm began after Lindsey Morrison, an Airdrie parent, approached RVS about the possibility of implementing a farm-based school. Morrison's wanted to see a program created that would cater to youth who do not excel in a traditional learning space.

The Farm is located on a 15-acre plot of land, roughly three kilometres north of Airdrie on 24 Street/Range Road 12. Turner said Wayne and Rhonda Hanson donated the land to RVS. 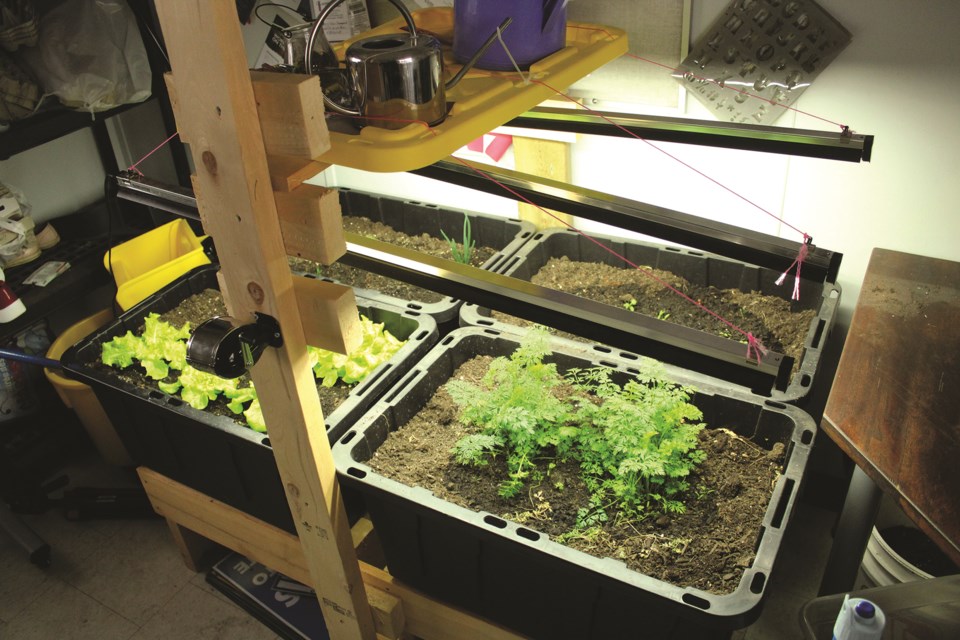 Students learn how to grow their own produce, such as lettuce. Photo by Scott Strasser/Airdrie City View.

"It really was a community affair, where people from different backgrounds came together to make it happen, whether it was people at the school division, the landowners we’re working with – Wayne and Rhonda Hanson  – or finding grants from different groups," Turner said.

The Farm’s first year included some hiccups. After a late start in February, the program had to be shut down in March due to the onset of the COVID-19 pandemic.

“We had some delays getting on-site, so some of the grade 10s and 11s who were with us last year kind of joked it was an RVS cafeteria school,” Turner said, referencing the fact the program was based in George McDougall High School's cafeteria for the first semester.

"After we finally did get on-site in February, COVID hit, which was super unfortunate for the kids who had waited so long.”

But the program persevered, Turner said, and is now operating as it is supposed to.

“We’re back as of September and within three months, we’ve got animals here, which is awesome,” he said. “I'm looking forward to the spring when things start to thaw out and we can start to get different projects going as well.”

Daily classes take place in two portable classrooms. Students helped build a variety of farm-related infrastructure on the site, including a storage shed, a chicken coop and pens for the program’s small herds of goats and pigs.

In tandem with core subjects like math, social studies and science, students learn how to operate a farm, including daily chores like milking goats or gathering chicken eggs. The students also learn how to grow their own produce using indoor lamps. 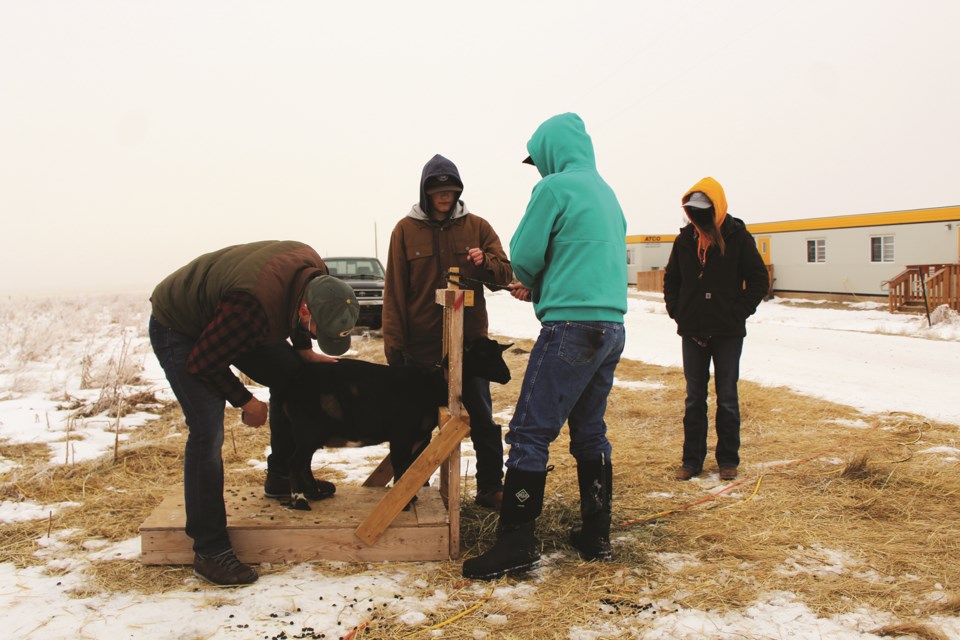 Students enrolled in The Farm tend to find those processes interesting, he added, as most come from urban backgrounds – the majority are from Airdrie, while two students commute from Cochrane and Chestermere.

“Out of 40 kids, we have 10 of them who do come from an agriculture background of some sort,” he said. “The majority of kids were born and raised in Airdrie, so come from more of an urban setting." 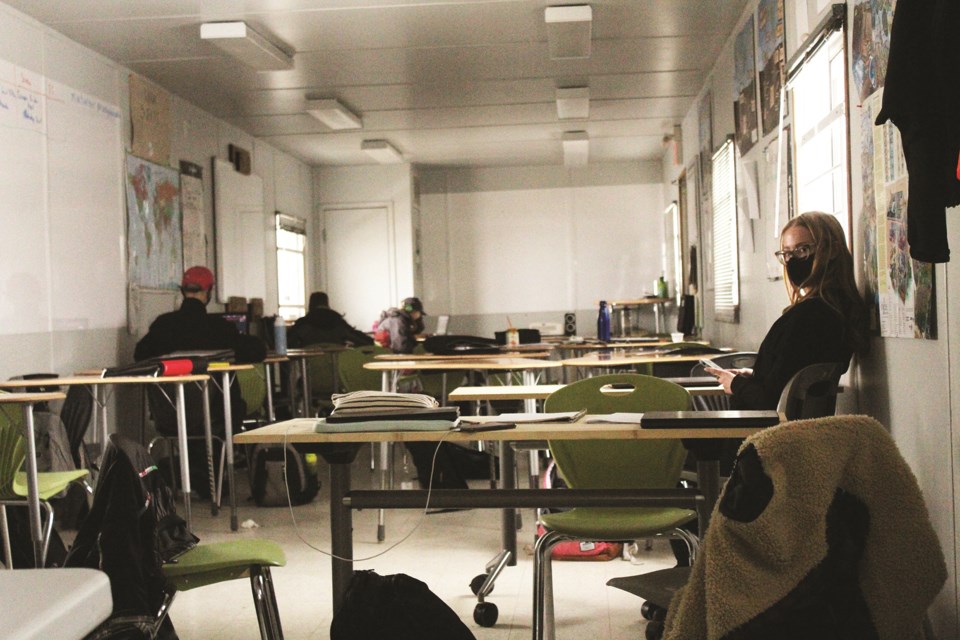 The Farm incorporates a combination of classroom learning and hands-on, practical experience in a real farm setting. Photo by Scott Strasser/Airdrie City View.

According to Turner, the program also incorporates field trips to commercial greenhouses and other food production facilities. Last year, students visited a research facility at Olds College, toured dairy and beef farms in the region and attended a youth agriculture summit.

Grade 9 student London Bilewitch is among the program’s participants this year. The 14-year-old from Airdrie, who joined The Farm after graduating from C.W. Perry School, said his interest in the program was piqued after a presentation at his school.

Despite being a self-declared “city kid,” Bilewitch said he has enjoyed the less traditional approach to learning and the "freedom" that has come with conducting his schooling on The Farm.

“I don’t really like being in a classroom – it’s boring,” he said. “I have a love for animals and really like having animals right outside our classroom. We learn a lot here and get to build a lot of stuff. We learn about animals, agriculture and the future of food.”

Bilewitch added the skills he’s developed on The Farm can be useful in other fields, as well.

“Now I know how to use tools like drills and saws, and I know how to look after animals to make sure they’re warm, fed and watered,” he said. 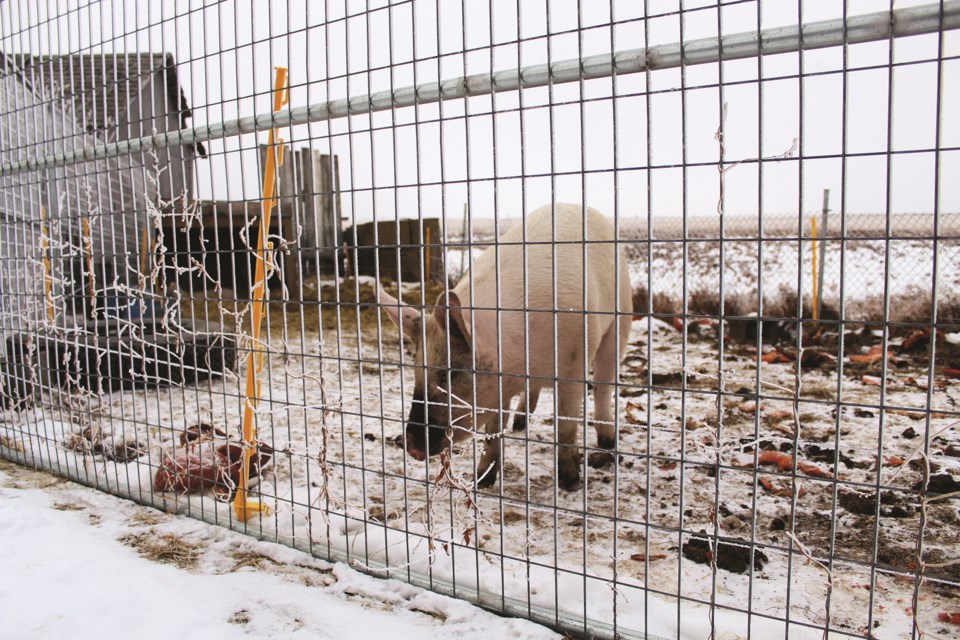 Students work with a variety of farm animals, including goats, pigs, chickens and turkeys. Photo by Scott Strasser/Airdrie City View.

The sense of enjoyment of being outdoors, working with their hands and monitoring the animals' health has been a common connection among The Farm’s students this year, according to Turner. In a school year that has seen heightened stress due to the pandemic, he said that’s been a major positive of the program.

“Our kids are a little separated from a lot of the stress that’s going on with being in a school,” he said. “It’s a little bit calmer here and more of a peaceful setting. We get to be around animals and we’re outside a lot.”

For more information on The Farm, Turner said to follow the program on social media – @rvsthefarm1 on Twitter or @rvsthefarm on Instagram. For future registration inquiries, visit rvsthefarm.ca