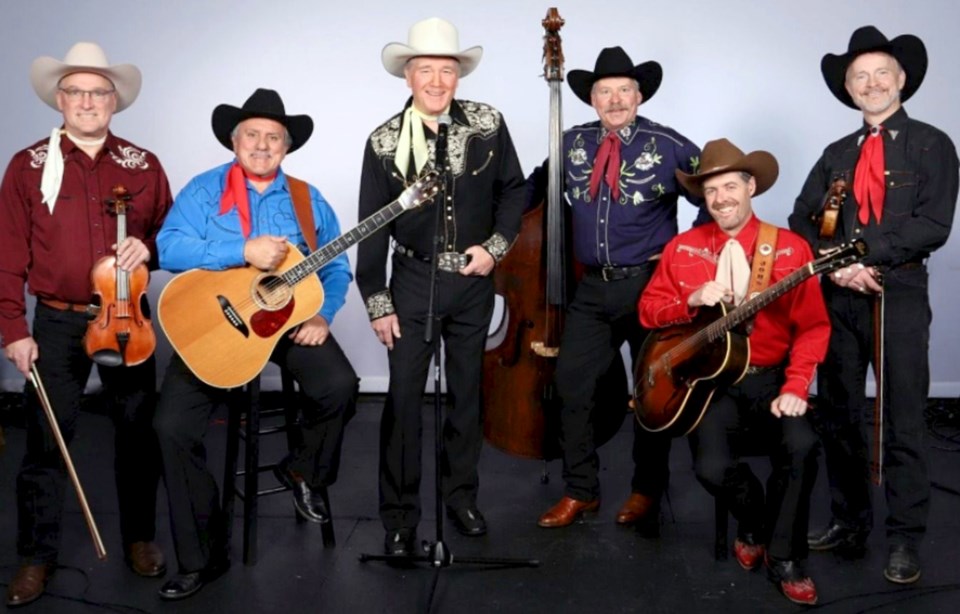 Not many have experienced a life like that of Roy “Dusty” Rogers Jr. His father, the late Roy Rogers Sr., known as the “King of the Cowboys,” was a well-known singer and actor who stared in The Roy Rogers Show and made almost 100 films, according to IMDb. Roy Sr. even has a drink named after him.

“It was different, and it was a little bit weird, but I wouldn’t change it for anything,” Rogers said of growing up with a famous parent.

He is carrying on part of his father’s legacy by performing in the band Roy Sr. started – playing June 16 at the Bert Church LIVE Theatre.

“My job is not to stand in my father's shadow,” Rogers said. “My job is to lengthen his shadow. I think that every son would love to emulate his father – to be as much like him as possible without copying him too much.”

Roy Sr. started The Sons of the Pioneers with songwriters Bob Nolan and Tim Spencer 85 years ago. Since then, the band has seen more than 50 members come and go, and has been touring consistently for decades.

Rogers now fronts The Pioneers and has been touring with the band for a little more than a year. He joined the musicians after the band’s “trail boss” Tommy Nallie extended an invitation.

“I heard their music my entire life,” Rogers said. “I think I heard it even in my crib when I was little. So, I grew up with their music. I love their music.”

He recalled the time he spent touring with The Pioneers as a child when his father was a member, adding the band’s members were always around the house and he’s been fortunate to know everyone in the band’s long history.

“How many guys get a chance to join the group their father started 85 years ago? It's just unheard of,” he said.

The Pioneers call themselves the “legends of Western music,” and have become synonymous with the country-western genre. The band has won a long list of prestigious awards, including recognition from the Country Music Association, Academy of Country Music, Western Music Association and the National Cowboy Hall of Fame.

Throughout its history, the band has frequented Canada, and the late Nolan – who helped write the popular hits, Cool Water, Tumbling Tumbleweeds and Blue Prairie – was born in Winnipeg.

Rogers said this will be his first time performing in Canada, but, in his youth, he occasionally joined his father on Roy Sr.'s northern tours.

“I was up there quite a few times when I was a young boy with my parents. We'd come up to Calgary to do the Stampede and we would go to Banff [and] Lake Louise to vacation,” Rogers said.

“We're really looking forward to getting up towards the Alberta area and then end out in Saskatchewan.”

The band is also known for giving back through its tours and has raised funds for food banks and children’s charities in the past. This year, money raised through a guitar raffle will support Ronald McDonald House Charities Alberta.

“My dad always had a real soft spot for children and he visited hospitals by the hundreds back in his career,” Rogers said.

“[Ronald McDonald Houses] give [families] a place to stay, a place to eat and sleep. All they have to worry about is the wellness of their child…. You can't get any better an organization.”

Tickets to the Airdrie show cost $56.50 and are available on ticketpro.ca or through sonsofthepioneers.org under the "Schedule" tab.

“Last year ,our tour was sold out and, hopefully, it'll do it again this year,” Rogers said. “Come spend a little bit of time with us and we'll have a good evening.”