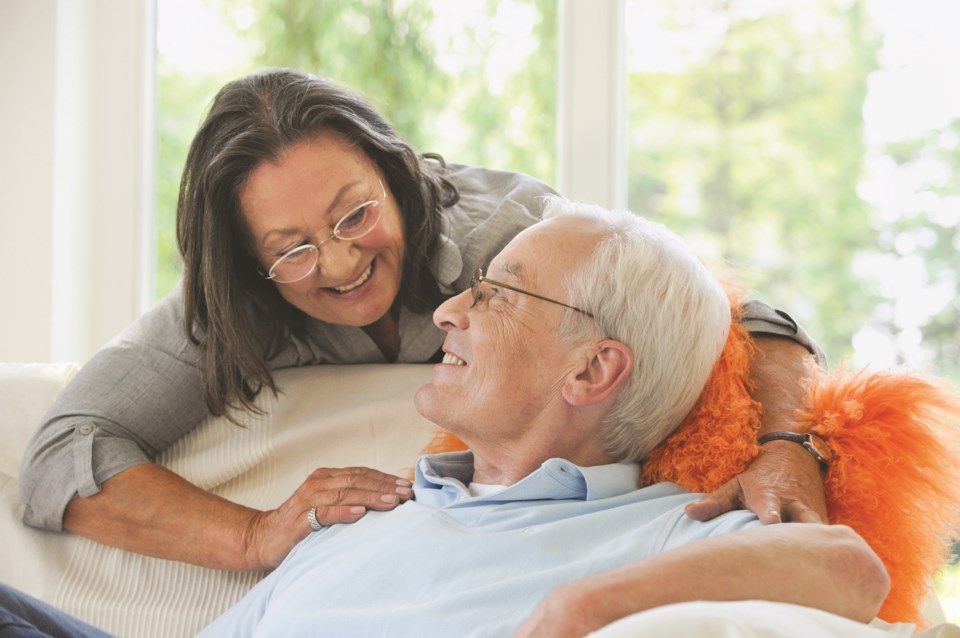 According to the Alzheimer's Society of Calgary, 17,000 people in its service area are diagnosed with the disease, but many continue to lead healthy and rewarding lifestyles. Photo: Metro Creative Connection

January is Alzheimer’s Awareness Month, offering local organizations the opportunity to reduce stigma, share information about the disease and promote resources for those living with a diagnosis, as well as their caregivers and loved ones.

“We want people to understand what this is, so that there’s, first off, less fear and misunderstanding about what this looks like – and that it is possible, with some adjustments and modifications, to keep living a pretty normal, healthy, good life, even after a diagnosis,” said Paul Bartel, manager of Learning and Support Services with the Alzheimer Society of Calgary (ASC).

Airdrie and Rocky View County (RVC) fall within the ASC’s service area, which extends north to Didsbury, east to Strathmore and west to the British Columbia border.

“As our population demographics are changing and we’re aging, the number of people who are living with dementia or are impacted by dementia and Alzheimer’s disease is going to increase dramatically,” he said.

Currently, around 17,000 people within ASC’s service area have been diagnosed with the disease, Bartel said, and that number is expected to double over the next 10 years. Factoring in all the friends and family of people who receive a diagnosis, he added, the number of people impacted by Alzheimer’s disease is significant.

Nationally, 72 per cent of people diagnosed with Alzheimer’s disease are women, Bartel said, and one in 11 Canadians over the age of 65 currently has dementia.

“That risk keeps increasing as we age,” he said. “Unfortunately, age is one of those risk factors we can’t do anything about.”

According to Bartel, several misconceptions exist around the disease. Many people believe only elderly people are susceptible to Alzheimer’s, which he said isn’t true.

“It can happen to people below the age of 65,” he said. “It’s relatively rare, but there are people who are in their 40s who may be diagnosed with what we call young-onset dementia.”

Alzheimer’s disease is also not inevitable as people grow older, he added. Further, while Alzheimer’s disease does often begin with short-term memory loss, many people are able to maintain their normal lives – including working, volunteering, recreation and socializing – for quite a long time after receiving a diagnosis, Bartel said.

There are things people can do to reduce their risk of Alzheimer’s disease, he noted.

Regular physical activity and a healthy diet can help reduce the risk of Alzheimer’s, Bartel said, adding people should also engage in activities that stimulate the brain by learning new things. Staying engaged in social activity can also help.

In Airdrie, Community Links offers a support group for all types of caregivers, including people caring for those with dementia. According to Senior Support Worker Charlett Hedman, the group meets the third Thursday of each month at the Community Links office.

The program offers caregivers a place to share their experiences with those in similar situations, learn from one another, and enjoy a small respite from their responsibilities.

“It’s incredibly important because, first and foremost, we know we’re not alone,” Hedman said. “Secondly, we have comparable things we can share with someone who’s going through the same thing.”

In Cochrane, Dementia Network Calgary hosts regular Conversation Cafes at the Legion between 1:30 and 3 p.m. on the third Tuesday of each month, Bartel said, providing a safe, inclusive space for people with dementia and their families to socialize. ASC is also hosting a talk on “Women and Dementia” Jan. 22 at 6:30 p.m. at Points West Living, free of charge.

Dementia advice can also be obtained by calling Alberta Health Services Health Link at 811. Bartel added ASC is happy to put people in contact with additional local resources and can be reached at 403-290-0110.

“I think the biggest message is, whether somebody’s been diagnosed or they’re just worried for either themselves or somebody they care about – reach out for some help,” he said. “Give us a phone call, talk to your doctor. Don’t feel you have to try to deal with this on your own.”

Editor's note: This article was updated Jan. 20 to relect the Conversation Cafes being held in Cochrane on the third Tuesday of each month.