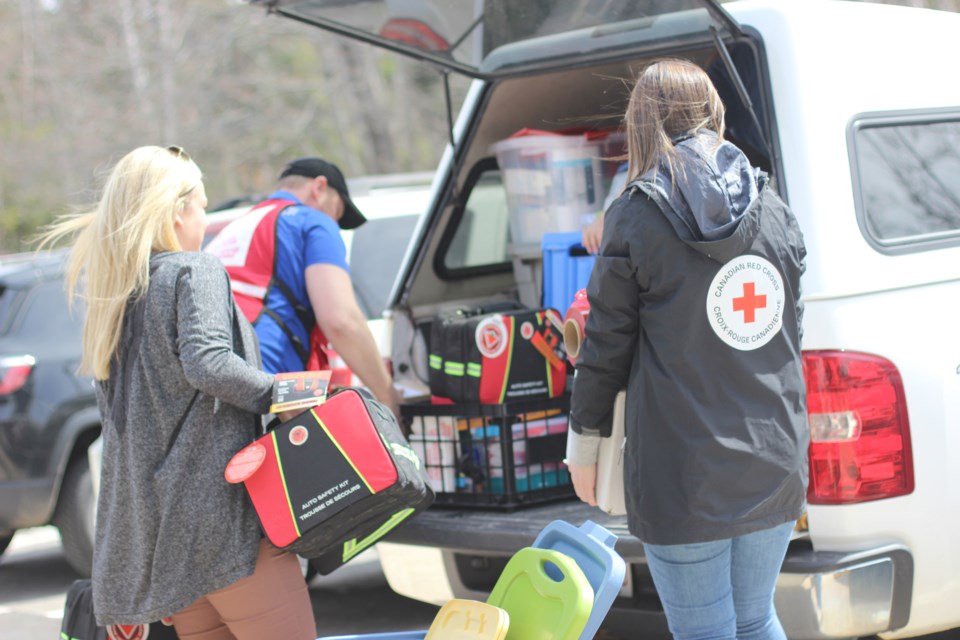 The Canadian Red Cross will host information sessions to recruit volunteers in Langdon and Bragg Creek for those interested in responding when their community's are impacted by emergencies. Photo Submitted/For Rocky View Publishing

The Canadian Red Cross is working to attract new volunteers who want to make a difference when emergencies occur with two upcoming information sessions in Rocky View County (RVC) communities.

According to Diana Coulter, senior communications manager for Alberta and the Northwest Territories, Red Cross is working in partnership with RVC Emergency Management to establish volunteer response teams in Langdon and Bragg Creek.

“The idea being, people in those communities would be on a team and on a roster,” Coulter said. “They would be working in their communities and supporting their family, friends and neighbours who might experience an emergency or disaster.”

The response teams would offer 72 hours’ worth of support in the event of floods, fires, snowstorms, tornadoes or power outages, she said.

A first information session will take place July 24 from 7 to 8 p.m. at Langdon Fire Hall, with a second July 25 from 6 to 7 p.m. at the Bragg Creek Community Centre. According to Coulter, the sessions will include an overview of the volunteer roles, as well as expectations, commitment and training that will be required.

The sessions serve as a first step towards getting locals involved, and, Coulter said, additional online and in-class training is required once volunteers apply. The commitment depends on the role the volunteer fills, she added.

Anyone placed on a Personal Disaster Assistance Team (PDAT) will learn how to respond to smaller disasters like basement floods and house fires by assessing basic needs like food, shelter, clothing and transportation, as well as how to provide comfort and emotional support. PDAT volunteers are required to be on-call for two-week shifts twice a year.

Volunteers placed on an Emergency Response Teams (ERT) can expect to respond to more severe emergencies such as tornadoes, extensive flooding and wildfires, and therefore receive more extensive training. These volunteers, Coulter said, are generally asked to be available for a 10-day stretch once a year.

After volunteers apply, Coulter said Red Cross funnels them toward a role for which they are best suited.

“There’s always a possibility for people who are interested, as well, once they’re on these teams that, when there’s disasters elsewhere – either in Alberta or in Canada – we sometimes call for volunteers to help out in other parts of the country, if that’s something they want to do,” she added.

Coulter said Red Cross hopes to recruit as many local volunteers as possible. Those interested are asked to RSVP to carmen.toole@redcross.ca, so organizers know how many people to expect each night.

As an international humanitarian organization, Coulter said, much of Red Cross’ work is made possible by volunteers.

“They’re the people on the ground who know the area and are often able to be the first responders,” she said. “We’re hoping people feel they would be contributing to their communities by helping out Red Cross.”

Volunteering with the organization can be very rewarding, Coulter said, and the emotional support neighbours are able to provide one another through these teams is invaluable.

“If you can imagine what it would be like to be forced out of your home because of a wildfire,” she said, “to have members of your own community showing up there and offering you that support – a place to go, a person to hug – that’s a huge contribution you’re making to your friends, your family and your community.”