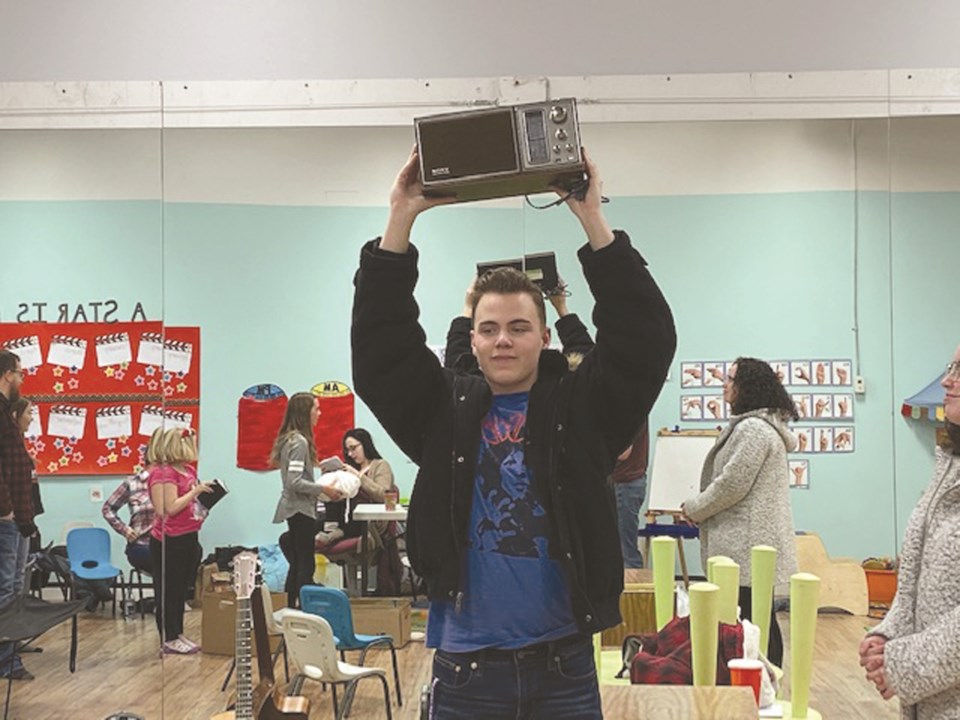 Nose Creek Players will take to the stage this month to perform The Christmas Heist, an original play written by one of its members.

According to writer and director Taylor Burton, the play follows protagonist Gerald, who tells his daughter about a time when, as a young boy, he moved to a small mining town.

The play is loosely based on stories Burton’s father used to tell her when she was a child.

“He did live in a small town in [the Northwest Territories] called Discovery – that’s where the play takes place,” she said. “The whole idea of no radio signal is based off of another story the he used to tell me, that I won’t go into much detail about because it’ll spoil the play a little bit.”

Drawing on those two stories made the play relatively easy to write, Burton said, and gave her a personal attachment to the script she produced.

“I knew that I wanted to write it for kids, because those stories meant a lot to me when I was a kid,” she said.

Nose Creek Players has been preparing the production since the end of October. Coming on the heels of its production of Frankenstein Oct. 18 and 19, Burton said the cast and crew had to quickly switch gears. Luckily, the company was able to take a week-long break after the previous production, and still had a month longer to prepare than they did for the 2018 Christmas production.

The Christmas Heist includes a cast of 13, with another 10 crew members. While some of the cast has participated in previous Nose Creek Players’ productions, three are performing with the company for the first time – two of which are first-time actors, Burton said.

“They’ve actually done awesome,” she said of the entire cast. “There’s some underlying meaning that I had written into the play that they’ve picked up on. But there’s other things that maybe I didn’t intentionally put in there, but that’s what came across. I can definitely tell a lot of the actors are really reading into what the meaning is.”

Unlike other productions from the company – which usually take place at Bert Church LIVE Theatre – The Christmas Heist will be performed at the Town and Country Centre. According to Burton, the smaller venue makes the play more intimate and interactive, and allows the audience – especially children, who will have a special space to sit on the floor – to get very close to the actors.

“It gives the opportunity for the actors to play off the audience a lot more,” she said.

Burton said the 45-minute play is light-hearted and appropriate for the entire family, and will hopefully impart an uplifting message about the holiday season.

As for Burton’s father, she hasn’t allowed him to preview the play she’s written based on his stories.