A new medical clinic has opened in Crossfield, nearly two months after the closure of what was previously the town’s only clinic.
Dec 21, 2020 5:45 PM By: Jordan Stricker 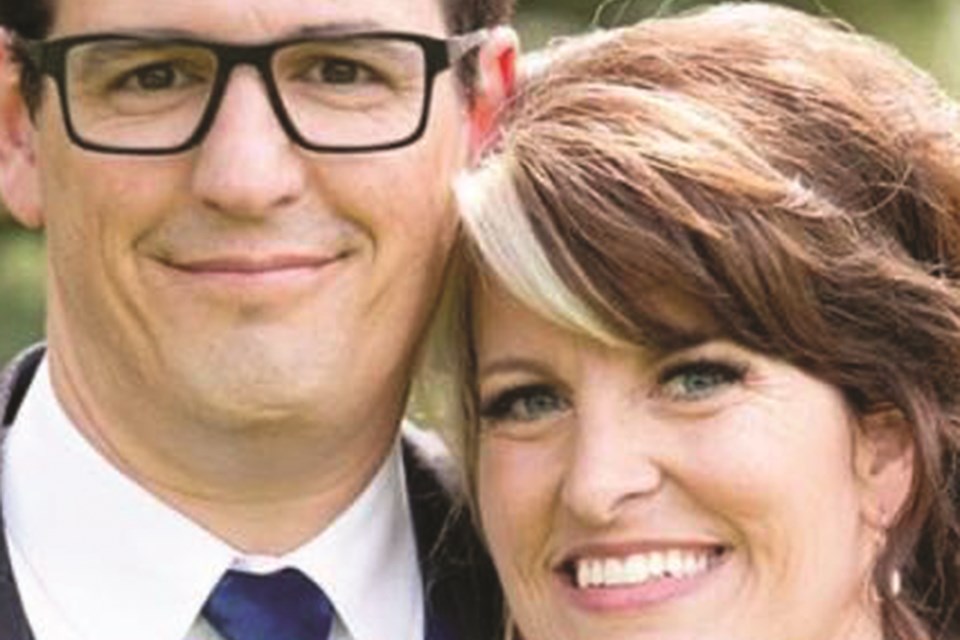 Dr. Marc Ascione and his wife Tiffany have been operating a new medical clinic in Crossfield as of late November. Photo submitted/For Rocky View Weekly.

A new medical clinic has opened in Crossfield, nearly two months after the closure of what was previously the town’s only walk-in healthcare facility.

“When we found out Crossfield was short a doctor, we thought it would be a good opportunity to move closer to family,” said Dr. Marc Ascione, owner and general practitioner of Crossfield Clinic. “We felt like this was a perfect time to do it.”

In June, Dr. Patrick Bailey of Crossfield Family Practice, posted a letter to the clinic’s website that said the practice was no longer financially viable as a result of government cuts to Rural Family Practice, along with impacts from the COVID-19 pandemic. The clinic officially closed Sept. 1, its sole remaining doctor relocating to a practice in Airdrie.

Ascione’s wife Tiffany – a registered nurse and receptionist at the clinic – said she has family ties to the community that go back generations.

“My family, the Fessler and Kiernan families, have lived and are buried here,” she said. “The thought of them not having access to a physician was heartbreaking.”

Before making the move to Crossfield, Ascione had a practice in Raymond, Alta., for six years.

“This was the perfect opportunity to provide something that the town needs and move to an area I wanted to come back to,” he said.

The clinic, which operates out of the Rockyview Pharmacy, first opened its doors Nov. 22. Ascione said the first few weeks have gone smoothly and there has been a positive reception from Crossfield residents.

According to the clinic’s Facebook page, some of the services offered include joint injections, driver medicals, Botox injections and pre-natal care, among other general healthcare services.

Ascione added the clinic has been seeing patients Monday to Thursday since opening.

“We are not by any means super busy or anything like that, but we didn’t expect to be,” he said. “This has also been a bit of a strange year, in terms of people isolating a little bit more. We have been expecting it to be a little more difficult.”

Having grown up in a small town, Ascione said he knew after completing medical school he wanted to serve rural communities, rather than a big city.

“I feel comfortable in a small town where people generally know you, and you’re not lost in a crowd,” he said.

According to Ascione, the clinic does many of its own procedures to avoid having to send patients elsewhere.

“It’s more of a hands-on practice, which is what I enjoy,” he said, adding he hopes to bring a stable clinic to Crossfield and be a doctor that is a part of the community.

“I have lived in the community I have practiced in before,” he said. “You do grow to have a good connection with the community. That is really what I hope to bring.”