Big Brothers Big Sisters’ (BBBS) Airdrie branch is celebrating a new brick-and-mortar location, after operating in the city without a permanent home for nearly a decade.
Apr 7, 2019 12:00 PM By: Scott Strasser 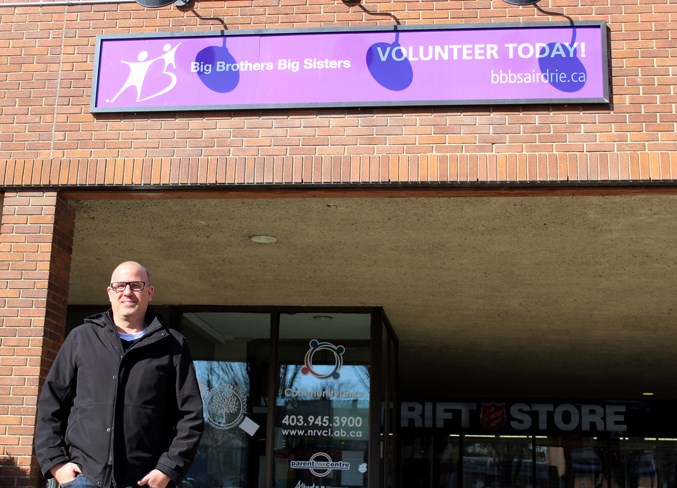 Big Brothers Big Sisters’ (BBBS) Airdrie branch is celebrating a new brick-and-mortar location, after operating in the city without a permanent home for nearly a decade.

BBBS moved into its new office space March 4, but only recently added signage notifying of its arrival. The office is located in the Community Links building on Main Street.

“It helps us to show the community that we exist and we’re here,” he said.

“At the end of the day, it offers us a greater opportunity to offer better programming, offer better supports for families – especially being partnered with Community Links, because they offer so many great things.”

Prior to moving into the new space, Heer said, the Airdrie branch operated for wight years out of various short-term locations – such as elementary schools or even coffee shops.

“To actually have a permanent spot that we can call home is nice,” he said.

What is most helpful, Heer added, will be the office’s downtown location.

“I still think Main Street is the heart of Airdrie,” he said.

“If we were located somewhere else, kind of hidden, I don’t think we’d have that same exposure and ability to reach the community like we’re hoping to.”

BBBS is a mentoring program that matches adult mentors with youths who are facing adversity. According to Heer, the pairs – which are matched by gender – meet one-on-one, whether it’s to study for an upcoming exam, set long-term goals or to do something fun.

“Some of it does involve extracurricular activities that are enjoyable, but a lot of it is helping them develop their social and emotional skills,” Heer said. “[We want to] help them discover their potential, and who they can ultimately be, so they can be someone who contributes back to society in a positive manner.”

In Airdrie, BBBS paired together 44 matches in 2018, according to Heer. He said the goal for this year is 50 matches.

There is also a waitlist in Airdrie, Heer added, with 21 youth awaiting a mentor. The majority of those are boys waiting for male mentors.

“We’re always accepting and looking for any type of mentor, but at the end of the day, we could definitely use more male mentors,” he said.

Heer said BBBS programming is important because it allows young people to receive support and encouragement to ultimately discover their potential.

“At the end of the day, I think that will filter back into the community and they will be positive role models themselves, able to contribute back as an active citizen within the town they live in,” he said.