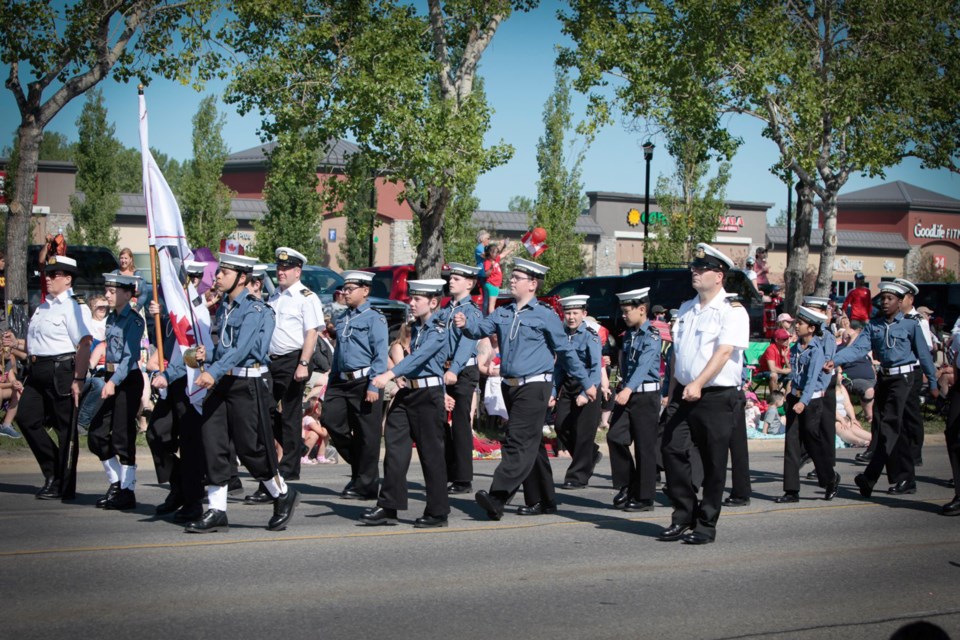 “It’s a great place to find lifelong friends. I’ve got many friends [from] when I was in cadets, [and] I still keep in contact with them 35 years later,” she said, adding participants also have an opportunity to learn skills that will serve them well in the future.

“We teach our cadets citizenship, sportsmanship, community service and self-discipline.”

The corps is designed for boys and girls at least nine years old, according to Murfin, and is based on naval traditions. Cadets also gain education in a variety of related fields, including sailing, navigation, knot tying, marksmanship, radio communication and geocaching.

“Our corps kind of overlaps with the sea, army and air cadets,” Murfin said. “[Cadets] can stay and finish off the year once they’ve turned 12, or they can move on.”

The corps met for the first time in September 2018, and concluded the season in June. In its inaugural year, 25 cadets were involved with the club, Murfin said.

Holger Storm’s second year will begin Sept. 18, with a meeting at 6:30 p.m. at École Edwards Elementary School (EEES). The event corresponds with the official opening of registration – although, Murfin said, the club has been recruiting new members throughout the summer.

Prospective cadets and their parents will have an opportunity to observe a typical meeting to get a feel for what the club entails.

“We prefer that they come in person [to register],” she said. “That way, they can view and see our cadets in action. It’s a lot easier for them to visualize, because it is different than you would see in any other kind of club, like a sports club.”

For those who decide to join, Murfin said, registration costs $125 for the year, and cadets are loaned a uniform free of additional charge.

“Our program is funded only by ourselves; we don’t have any government funding,” she said. “In order to pay for our uniforms and pay for the program, we do ask parents and the cadets to fundraise.”

Cadets are expected to attend weekly meetings Wednesday nights between 6:30 and 9 p.m. at EEES, she noted, as well as compulsory parades commemorating Remembrance Day in November and the Battle of the Atlantic in May.

They may also opt to attend camps, sports days, navigation days and sailing days, Murfin added – a calendar of the year’s activities is supplied upon registration. Cadets can register at anytime throughout the year, but Murfin said she encourages people to sign up earlier and take part in as many activities as possible to get the most out of the program.

“You’ll get the full gamut of what the program involves if you can come out to everything,” she said.

This year, the club’s season will conclude with its annual inspection and final meeting June 20, 2020.