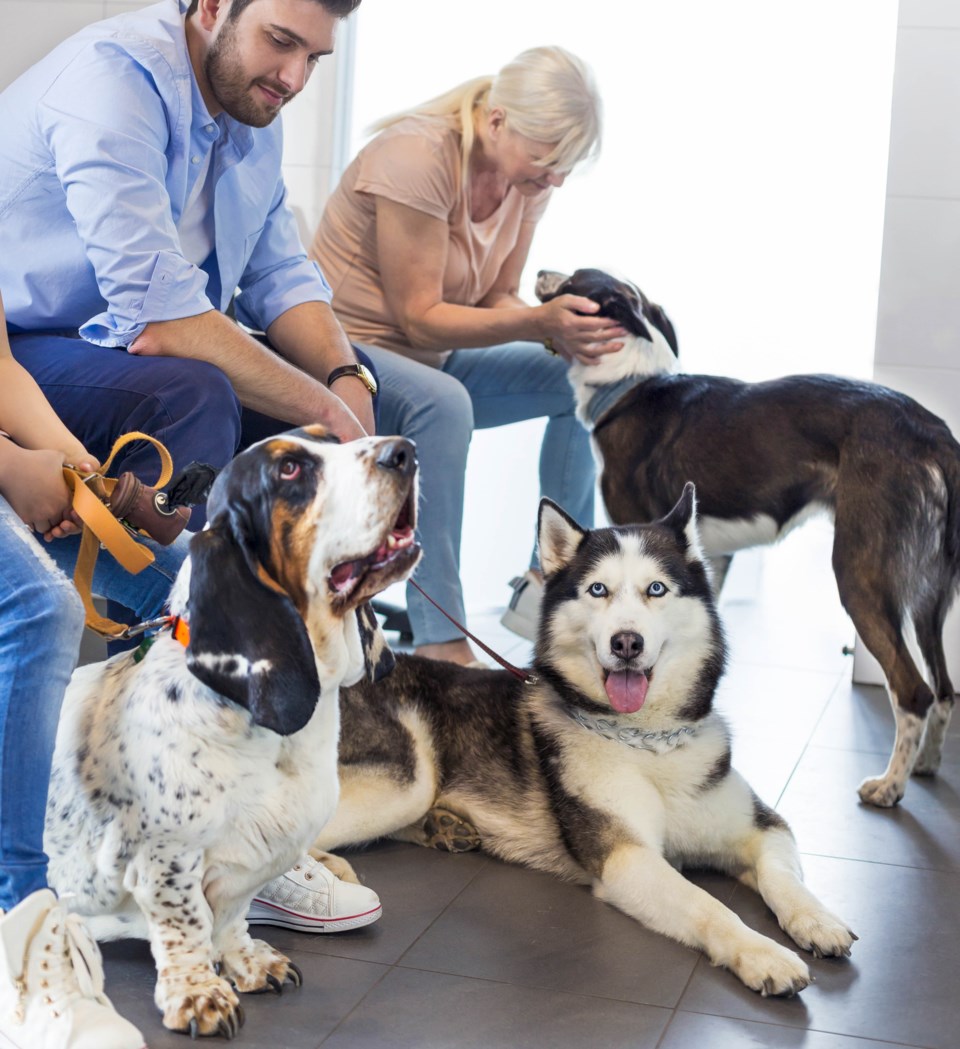 Airdrie Animal Health Centre is hosting a Microchip Clinic Fundraiser June 16 from 10 a.m. to 2 p.m. All proceeds from the event will benefit the OSCAR fund, which helps pet owners cover the expense of urgent care for otherwise healthy animals. Photo: Metro Creative Connection

Just in time for Father's Day, the Airdrie Animal Health Centre (AAHC) is hoping to put pet parents at ease and raise funds for a good cause at its June 16 Microchip Clinic Fundraiser.

"So often, we have pets come into clinic and there's no means of identification, and we have no choice but to call bylaw because we don't know where this animal might have come from," said Shelly Loree, practice manager. "We know there's a family out there missing this pet, but we can't reunite them because we don't have any identification."

A microchip has about a 25-year lifespan and is a permanent way to connect a pet to its rightful owner, according to Loree.

"Tags are a great form of identification but they can fall off, or they can be scuffed or scarred and not legible," she said.

During the clinic, microchips will be offered at a discounted price with all the proceeds from the event benefitting the Offering Subsidized Care for Animal Recovery (OSCAR) fund.

"It's a fund to help subsidize families with pets who need urgent or emergent care that are otherwise healthy pets," Loree said. "An example would be a dog that's hit by a car, the family may not have the means to cover the entire surgery, but the dog would go on to have a healthy happy life afterwards, if we could get that medical attention looked after."

She added the fund is "near and dear" to clinic staff and AAHC plans to hold at least two fundraisers a year to support the organization.

"Luckily, [the need to access the fund] doesn't happen very often," she said, "but it's there for us to help people in the community, to help their pets have a healthy, happy life."

According to Loree, the microchip is injected into the animal, and the relatively-painless proceedure only takes about a minute.

"It's a tiny, tiny, tiny little computer chip that we insert under the skin at the base of the neck," she said.

"You need a scanner in order to identify, but if your pet was to go missing – which thousands and thousands do every year – if someone is to find that pet, we can scan and reach out to the family that owns that pet."

She added, though she is unaware of any cases of adverse reactions to the grain-of-rice-sized chip, it can migrate and become a bit of a challenge to find later on.

"There's one caveat to having a microchip and that is, it's only as good as the information that the family provides," Loree said. "If the family moves, the microchip information has to be changed, as well, and oftentimes that's something that's forgottten."

Though she was unable to disclose the cost of microchipping at the event, because of Alberta Veterinary Medical Association rules, those interested can call the clinic at 403-948-2733 for pricing and more information.

"A veterinarian will be here [during the event], along with some technicians, so we've got all the right care and anybody that can answer any questions for them," Loree said.

The fundraising clinic will run from 10 a.m. to 2 p.m. and no appointment is necessary.

With statistics suggesting as many as one in three pets will go missing, she said microchips add an important tool to generate a happy outcome.

"I've had a number of dogs throughout my adult life and there have been a few that that have gotten loose, whether it's somebody left the gate open, or the wind blew the door open, it just happens and it can happen to anybody," Loree said. "And this is just another peace of mind that you'll be able to get that pet returned to you."