Light Up the Night exceeds expectations

The Airdrie Health Foundation (AHF) is celebrating after its biggest fundraiser, Light Up the Night, exceeded organizers’ fundraising goals.
Oct 16, 2020 10:00 AM By: Jordan Stricker 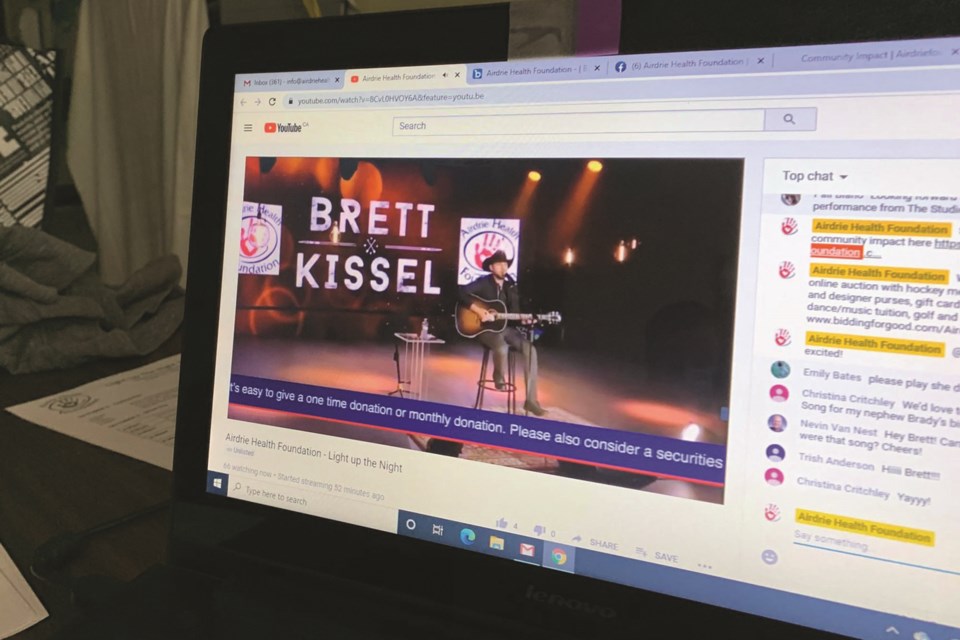 The Airdrie Health Foundation (AHF) is celebrating after its biggest fundraiser, Light Up the Night, surpassed organizers’ fundraising goals.

According to Michelle Bates, executive director and co-founder of AHF, the seventh iteration of the fundraiser pulled in more than $90,000.  The fundraising total was impressive, considering slow ticket sales and uncertainty about how people would respond to online events initially caused some concern going into the event. Bates said the foundation wasn’t sure if people would want to participate in events held virtually.

“We were very uncertain going into the event this year,” Bates said. “It was all virtual, we have never done that before.”

In September, Bates said organizers hoped to raise $80,000 this year through Light Up the Night. In 2019, the fundraiser generated $102,000. Although less money was raised this year, reduced expenses ultimately meant AHF wound up netting more funds to put towards local health care initiatives.

Beginning Sept. 22, Light Up the Night ran for two weeks with a variety of virtual events including wine tastings, a virtual art night and an online auction. The fundraiser culminated with a live-streamed performance by country singer Brett Kissel Oct. 3.

“We pulled everything together and we worked with great people,” Bates said. “Having Kissel on board really helped us. It’s good that people want to support us, it worked out for all of us.”

Not only did AHF surpass its fundraising goal, Bates said Kissel personally donated $5,000 and will provide multiple signed Gibson Epiphone guitars for anyone who donates in $2,500 increments until Nov. 1.

“We are still working on more donations, so it really hasn’t even wrapped up for us,” Bates said.

According to Bates, around 700 people tuned in to watch Kissel’s virtual performance. After slow ticket sales, AHF decided to offer tickets for free to ensure people could enjoy the show and hopefully donate to the fundraiser.

“It definitely went better than we ever could have imagined,” she said.

The funds raised through Light Up the Night will go to support local palliative care and to pay for a dash monitor and renovations at the Airdrie Community Health Centre (ACHC). Thanks to the funding, ACHC will add a new room.

“It will add one more space to the urgent care beds and this room is specifically for mental health,” Bates said. “It will be a safe environment for staff and patients.”

Bates said the room would be dedicated to her late son Lane, who passed away in 2009 after becoming ill.  With no 24-hour emergency medical care available in Airdrie at that time, Bates said it was impossible for her family to access the help they needed.

AHF was created a few years later with the goal of ensuring what happened to the Bates family wouldn’t happen to anyone else. Since AHF became a registered charity in 2013, it has championed 24-hour urgent care in Airdrie and raised funds for countless equipment additions, upgrades and education resources for the public.

Anyone interested in donating to AHF can visit airdriehealthfoundation.com.