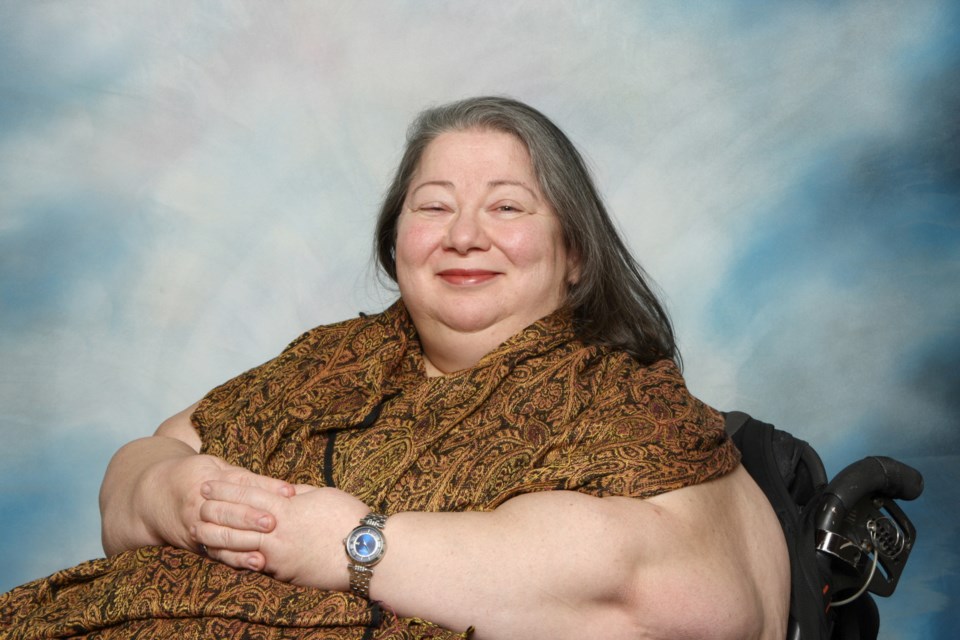 Irricana continues to mourn the passing of Carmela Hutchison, described by friends and colleagues as a volunteer and advocate for mental health and people with disabilities. Photo Submitted/For Rocky View Publishing

The community of Irricana and organizations across the country continue to mourn the loss of Carmela Hutchison, who passed away unexpectedly Aug. 19 at the age of 58.

“She was a tireless advocate and volunteer,” said Andrew Carr, executive director of Alberta Network for Mental Health, who worked with Hutchison for 10 years while she volunteered as the network’s president.

According to a biography provided by Carr, Hutchison graduated from the Mount Royal College Diploma Nursing Program in 1983, and worked as a registered nurse specializing in mental health in both Nova Scotia and Alberta.

In 1990, Hutchison was injured in a rollover vehicle collision and, the following year, went on long-term disability after receiving a diagnosis of dissociative identity disorder – then termed multiple personality disorder – depression and post-concussion syndrome. Following the collision, she required a wheelchair for mobility.

Until recently, one of those organizations was DisAbled Women’s Network (DAWN) Canada, where Hutchison served as president from 2006 until 2018 – she retired from the post in January. She was also a member of the Council of Canadians with Disabilities’ Executive Committee.

DAWN Canada National Executive Director Bonnie Brayton – who was hired by Hutchison in 2007 – attributes the continuing success of the organization to her leadership.

“Anybody who ever had contact with Carmela had to be moved or touched by her in some way,” Brayton said.

She described Hutchison as a completely selfless person, often putting the needs of others ahead of her own physical needs. Brayton recalled a time when, in preparation for meetings in Ottawa in a time before one-person-one-fare policies allowed an attendant of a person with disabilities to travel for free, Hutchison abstained from food and water so she wouldn’t need to use the washroom during the time it took to travel to Ontario, attend meetings and travel home.

“That embodies the kind of sacrifice Carmela made over and over, every single day for other people,” Brayton said.

Hutchison was also called upon repeatedly to testify before parliamentary committees in Ottawa, Carr said, estimating she testified between five and eight times.

Locally, Hutchison was also devoted to bettering the lives of residents in Irricana, and her passing leaves a huge hole in the community, according to friend Anamaria Muresan.

“She would always, always, put everybody else first,” Muresan said. “She left an incredible legacy everywhere, and the world is missing a great person in the loss of Carmela,” Brayton said.

A memorial for Carmela was held in Irricana Aug. 24.