The third annual Bright and Gaudy Gala by the Irricana and District Agricultural Society promises to be a great ladies’ night out, according to president and organizer Cathryn Hagel, with the added benefit of supporting local agricultural organizatio
0
Feb 26, 2019 12:01 AM By: Ben Sherick 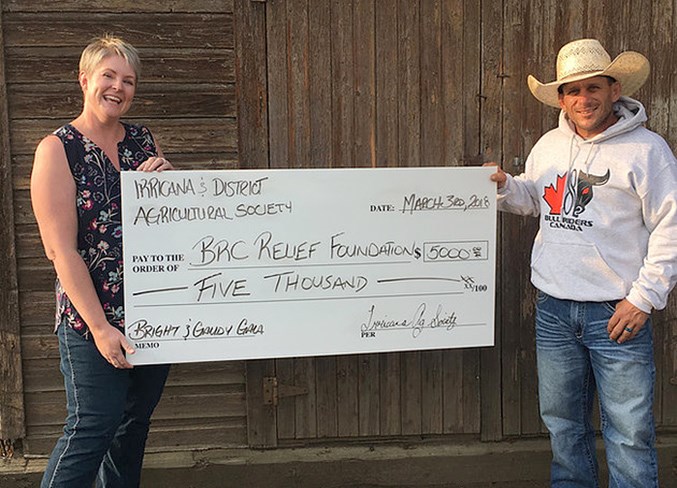 The third annual Bright and Gaudy Gala by the Irricana and District Agricultural Society promises to be a great ladies’ night out, according to president and organizer Cathryn Hagel, with the added benefit of supporting local agricultural organizations. “We want to give back,” Hagel said. “That’s what ag societies are about – it’s about supporting your community and supporting agriculture.” Since its genesis, the annual gala – the ag society’s main fundraiser for the year – has grown into a headlining event the community looks forward to, Hagel said. This year’s theme is Ladies’ Night Luau, and will feature dinner, entertainment and dancing at the Irricana Community Hall March 2, with cocktails at 5 p.m. and dinner served around 6:30 p.m. “We decided that there isn’t anything really within our community that is just for ladies, so we decided to throw a gala,” Hagel said. The event attracts women from around the region – Hagel said tickets have been sold to locals as well as residents of Calgary, Crossfield, Delacour, Acme and Conrich. She anticipates selling 200 tickets, although she admitted ticket sales have been slow compared to last year. According to Hagel, the gala will benefit three charitable organizations – Bull Riders Canada Relief Foundation, the Farm Safety Centre and the Irricana Food Bank. Proceeds from the event will be split equally between the three organizations, she added. “Being an ag society, we want to support as many ag-based charities as possible, which is why we chose the ones that we did,” Hagel said. Founder and president of Bull Riders Canada Russell Friend said his organization has been grateful for the support in past years, which has allowed the relief foundation to care for bull riders by distributing funds when they are injured. “We do everything from concussion baseline testing to mouth guards,” Friend said. “We’ve had helmets that have been damaged beyond repair that these contestants have applied to the relief foundation [to replace]…. That money has also gone to assist with transportation.” Through the previous galas, Hagel estimated the ag society has raised slightly less than $20,000 for the charities. She said there is no fundraising goal, this year – the society will be happy with any amount of support. Fund are generated through ticket sales, she said, as well as silent and live auctions. One key item Hagel said is always a big hit is the VIP table. “We section off an area of the hall [and] we decorate it up with…a beach theme,” Hagel said. “It’s a special area where they get special treats, a waiter for the night, and first to the buffet line.” This year, the ag society is also partnering with Linden’s Citizens on Patrol to offer a drive-home service for all attendees, to ensure the ladies and their vehicles make it home safe and sound. “We do a donation to the Citizens on Patrol, and then, of course, any tips are greatly appreciated,” Hagel said. She said tickets for the gala are available until Feb. 27. Admission costs $50 per person, or $400 for a table of eight, and can be purchased by calling or texting Hagel at 403-899-9554.